Not High Interest But Collectible

It's deadline day...well, for self-employed individuals in Canada to file their Canadian personal income tax returns....but that has absolutely nothing to do with what you are here to see...cardboard rectangles! 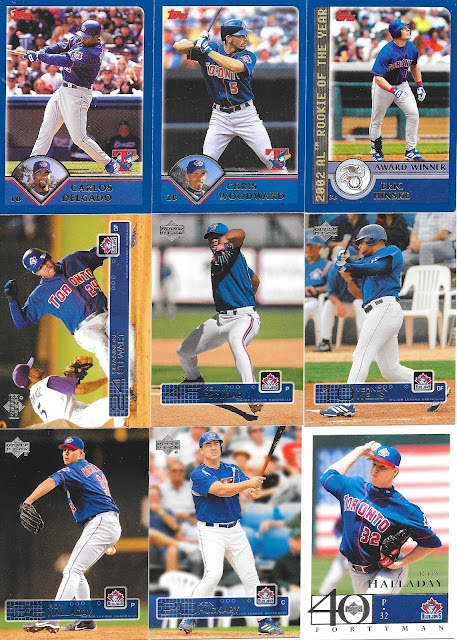 As luck would have it, we seem to be picking up where yesterday left off...well, almost...we skip ahead a little pit, into the early 2000s with the second to last team baggie of Jays cards from Swing and a Pop Up.
This is the time period I didn't follow the Jays that closely - university was such a vacuum to life in general, and sports was sucked up into that vacuum too. It didn't help that the logo and uniform changes were ones I didn't really like, and the team, between 2002-2004, they averaged being about 22-25 games out of first those years. 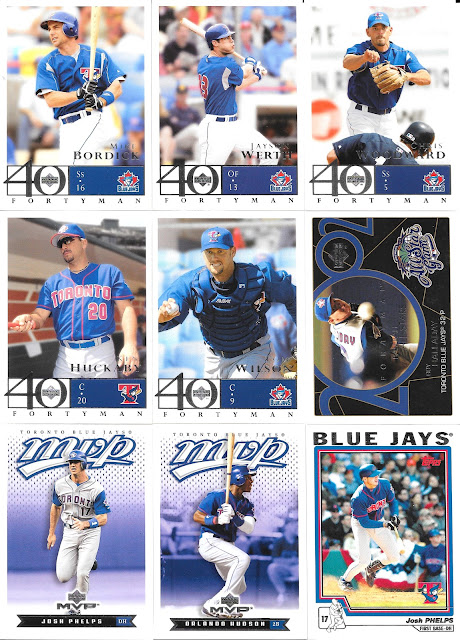 The 40-Man sets by Upper Deck were also something I never remember ever seeing, and only ever came across more recently in being offered Jays cards in trades though TCDB. Not me favourite of sets, but happy to get Jays from it. 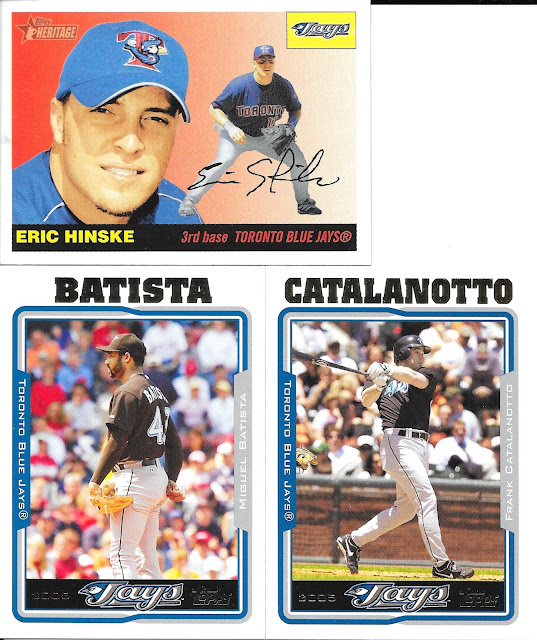 Now, the Heritage sets are ones that, back in the 00s, I never saw, and would have been ones I really liked to collect, and am working slowly now to fill the Jay cards from them, into my collection. 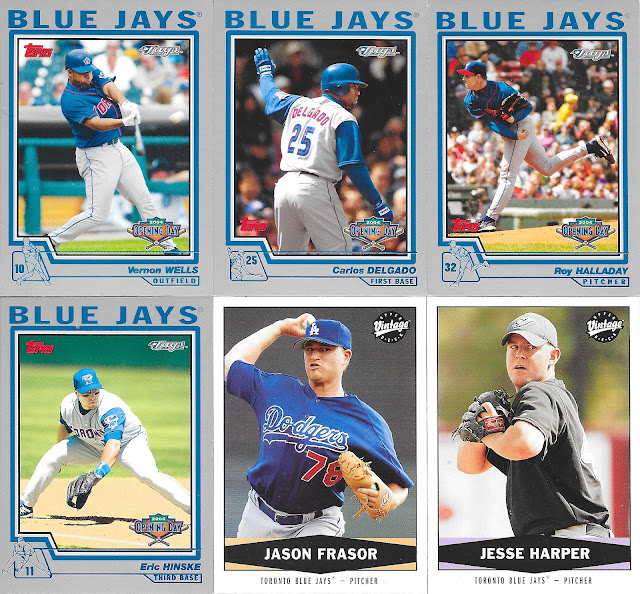 The winners for today are 2004 Topps Opening Day and Upper Deck Vintage, both finishing up team sets here, so woo-hoo to them! Just one last package of Jays cards tomorrow....and then I may have to take a week off of work to get a return package going to send back!