Swinging Through Some Sets

We continue with another pack from Swing and a Pop-Up - and although I thought I was through all the set helping cards, I was mistaken as we add to a few slow build sets again today. 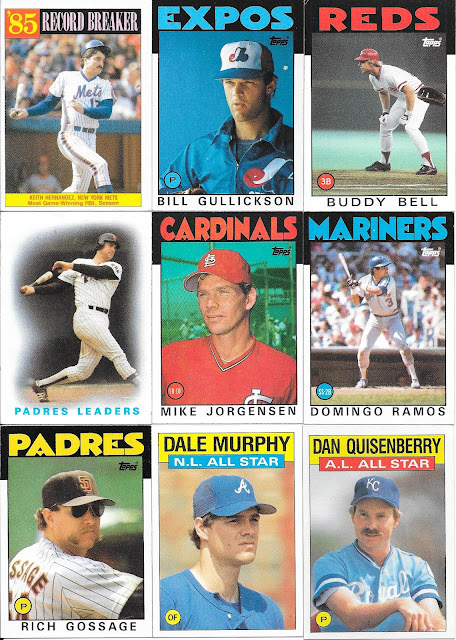 Somw nice 1986 Topps additions keep that set chugging along nicely. The record breaker and all star subsets are nice to add to here also. 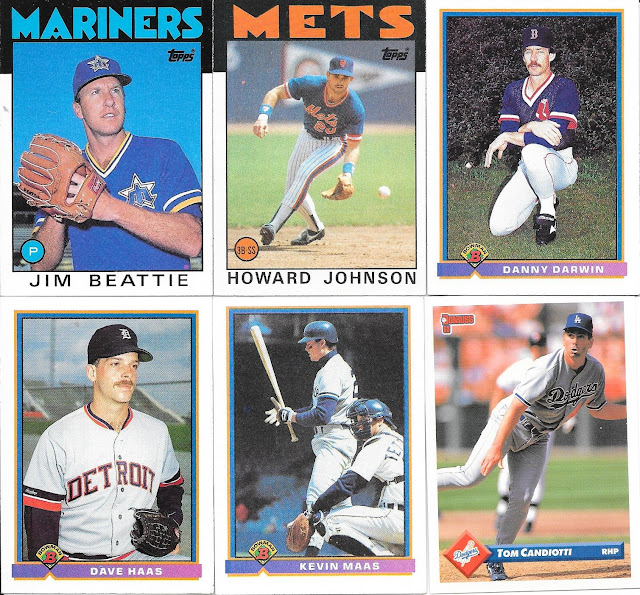 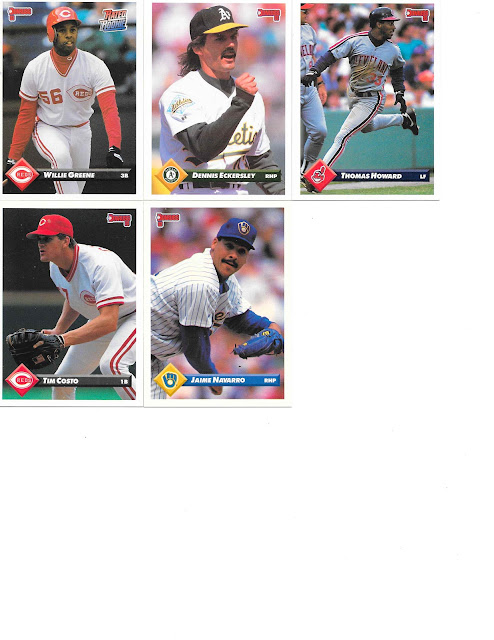 Also, yes, I have 1991 Bowman cards I need to finish that set which everyone who wants to, probably already has. It's no top priority, but it's still to be completed. Also 1993 Donruss isn't high priority, but a slow build as well. 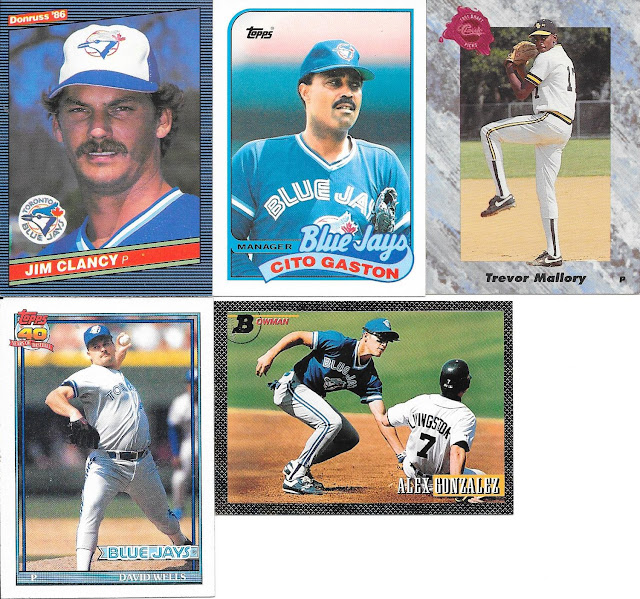 There was a bit of Jay content in the baggie as well. The Classic cards are not my favourite and I have debated including them or not as Jays cards, but as they do mark the players as drafted by Toronto, they do get included.
As least the fest from this set, I don't have to worry about as I have them all covered off now with Jeff below, and the only Jays Pacific Legend card with Barfield makes that a one and done team set. 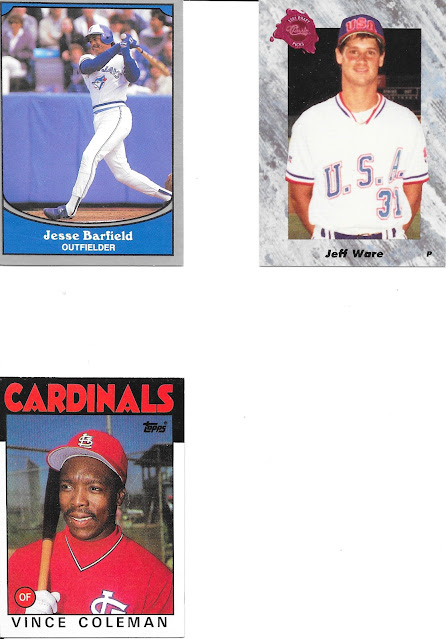 We end with a single Coleman from 196 Topps which was a little late to the dance and became a duplicate by default, but I'll have no problem turning him into a keeper through a future trade, I am sure.

Another great bunch, and another 6 Jays bunches to go!