More Swinging and hitting with Jays in the team baggie of cards from Swing and a Pop-up, and we are in the mid-2010s today... 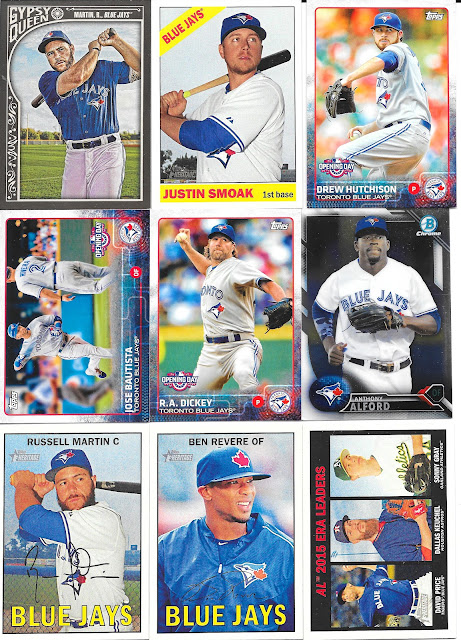 Gypsy Queen designs are hit and miss for me, but this is one of my favourite, maybe with the darker colour. Typically the style just takes up so much of the front, and I get the old time feel of the back, but I want lots of stats which just doesn't happen on them.
I do miss Smoak being a Jay, if for no other reason than his name was so useful in headlines. 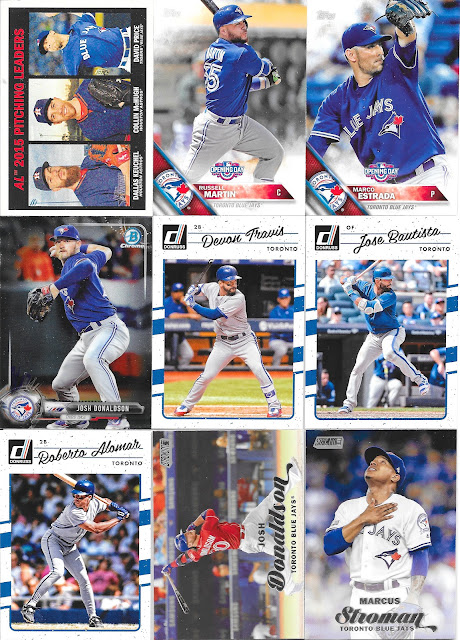 I am generally not a fan of the Panini Donruss designs the last few years, but I have a soft spot for 1990 Donruss, and the 2017 look of the front does a good job pulling on those nostalgia heartstrings. The back is horrendous, but let's just focus on the front.
2017 Stadium Club is a great looking set - no surprise with Stadium Club, but just great centering of photos, enough variation and different use of photos, just makes it pretty. Even if the Stro pic and the first below are a bit similar. 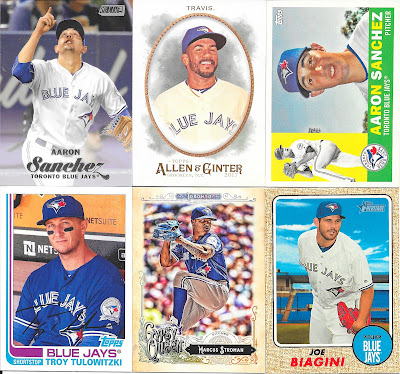 Here we get a good example of a Gypsy Queen design I really don't like. The colours do nothing for me, and the bordering...meh.
Give me a 1982 looking Troy compared to that, anyday. 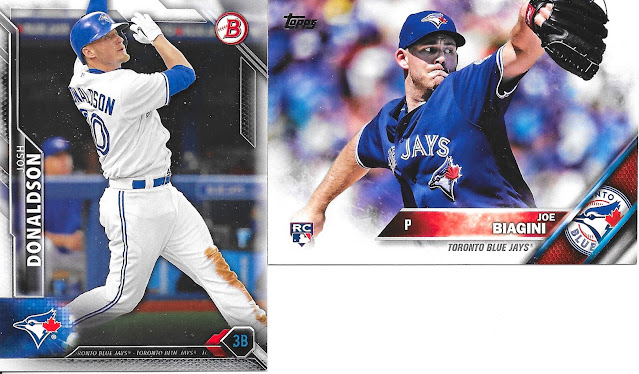 Lastly, we end with two team set completers with 2016 Bowman, and 2016 Topps Update. Really been nice to finish off some team sets out of these baggies. I doubt I will be able to help as much as I want to, with what I can send back across the blogosphere...