All In A Look

So, three days of Jays remain from the Swing and a Pop-Up baggies, and today we stick around the mid-90s. 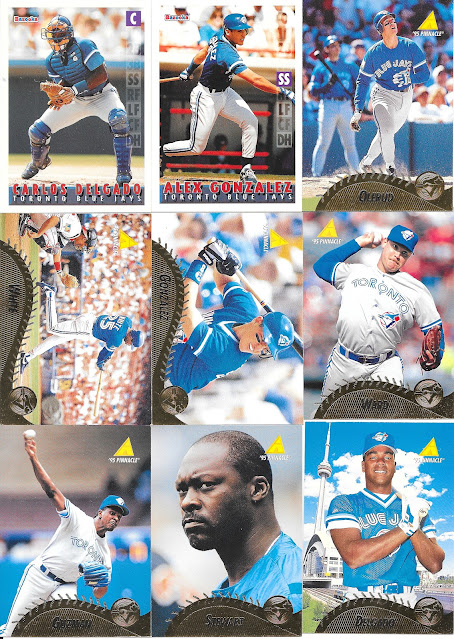 1995 Pinnacle took the gold foiling a bit too far with the fronts. I don't mind it in small amounts, but it's so hard to scan nicely, and in hand is just "ok", but a bit much. I see it and kind of get a look like Dave Stewart.
I joke, but that look sure makes for an interesting card. Words need not be used to convey emotion like a look can. 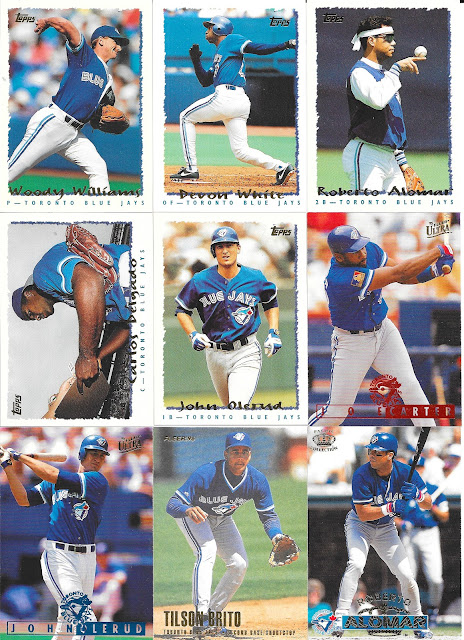 Yeah, gold foiling was everywhere - you even had Topps doing the names in it as well. Now, since it's just the names, you can still read them clearly, so there is at least that. Fleer was a little late to it, using the gold foil in the 1996 Fleer set. 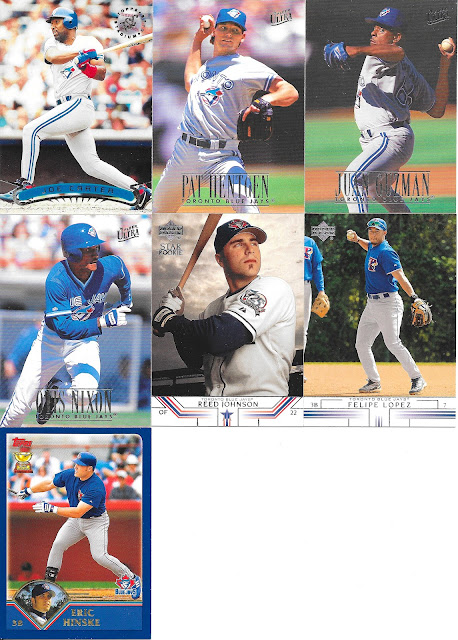 We keep going through and have the unusual Otis Nixon as a Jay...never been a fan of his, and didn't like his run with Toronto either. Was always an icky Atlanta Brave trying to thwart the Jays....
Let's end with the best of the bunch... 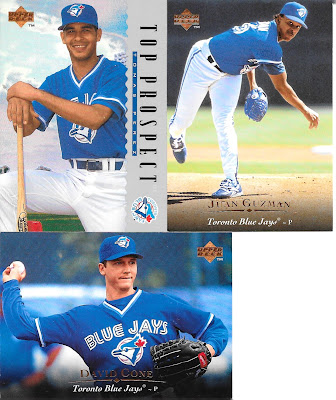 The last three cards I needed to complete the Jays team set for 1995 Upper Deck. Cone was a solid pick up, though too bad Toronto wasn't able to get back to the Series with him.

Awesome bunch of cards though, but no surprise there with how these have gone so far.