Still a few more of the team baggies of Jays to go through from Swing and a Pop-Up, and today we are looking at late 2000s. 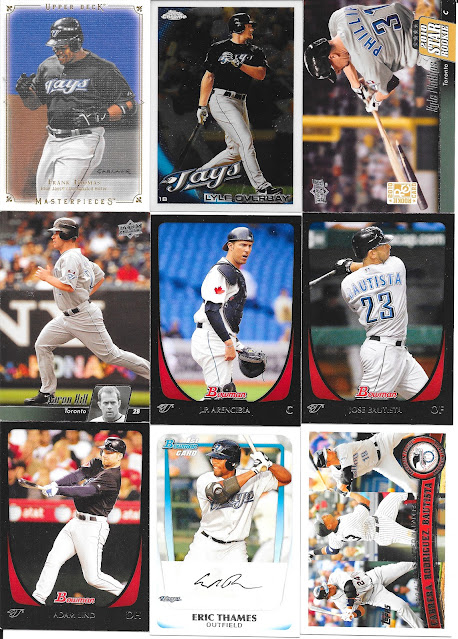 I really love 2008 Masterpieces. I haven't seen the cards in any large number, otherwise I'd start on the set, but love not only getting a Jay add from it but Frank Thomas is a solid one at that.
We also see a bunch of Bowman and generally, I am not a Bowman fan, but at least I get some of the main base set cards which are the MLB stars of the time - versus all of the "who are they" prospects which Bowman is more known for. 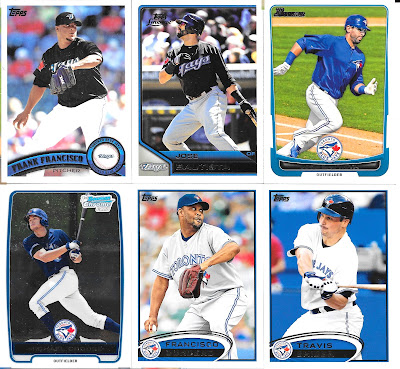 Definitely a Bautista heavy bunch, which is not a bad thing, just noticing. Today, we do get some team completion which is always great...

There are some SN "base" cards in 2008 SP Authentic, but I don't count those, though still wouldn't mind getting them, when talking about base sets. 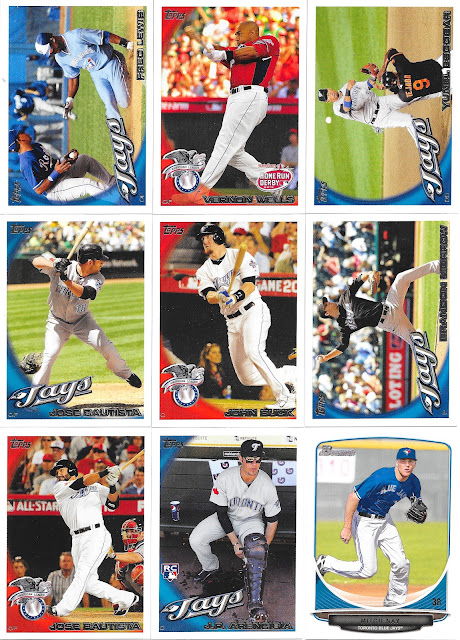 We also get the rest of the missing 2010 Topps Updated Series, which obviously I was missing a bunch from, and the few Bowman Prospect inserts from 2013.
Another productive team baggies for sure!
Posted by CrazieJoe at 8:00 AM