So another PWE trade to share today, this one with TCDB member robogoalie, but it was a bit unusual.

Robogoalie was looking for some specific Upper Deck hockey hologram variations, and though I was pretty sure I had them right, I sent them over first ahead of time so he could double check before deciding what to send my way. The TCDB community being so awesome, I didn't think twice of doing it. Once done and checked, robogoalie sent the following my way in return... 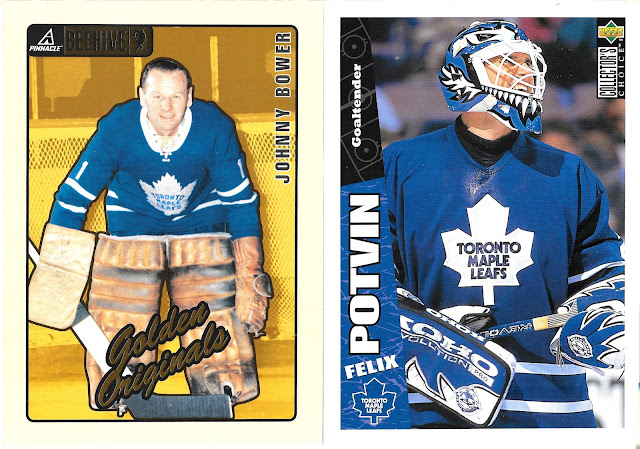 1997-98 Pinnacle Beehive were big 5 by 7 cards. I have a complete set, and now I have dupes for the Leafs collection of the Leaf cards in the set. The Potvin is another oversized card as well. I don't actively trade for jumbo cards as I know they can be a bit more tricky to package are arrive safely, but these came through perfectly. 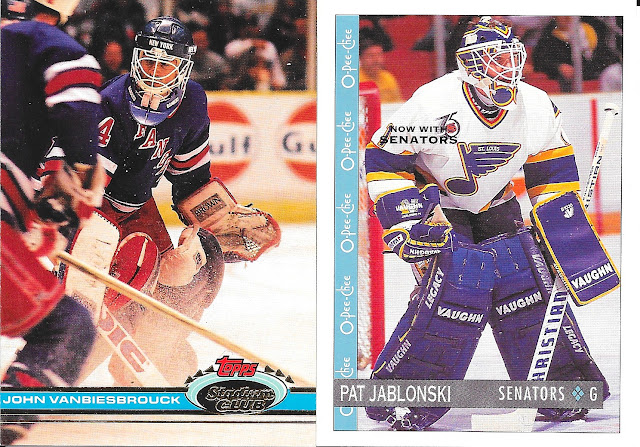 A couple base set adds for a couple sets that are getting closer to completion bit by bit. 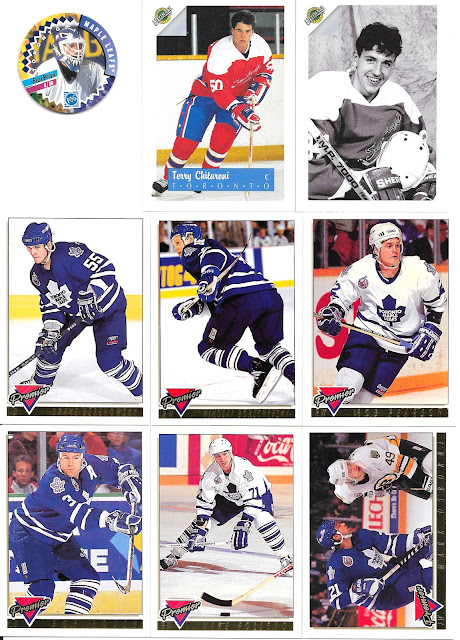 Pogs are another one I don't really go after actively, but will happily add, but it's these awesome gold parallels which are star of this trade. 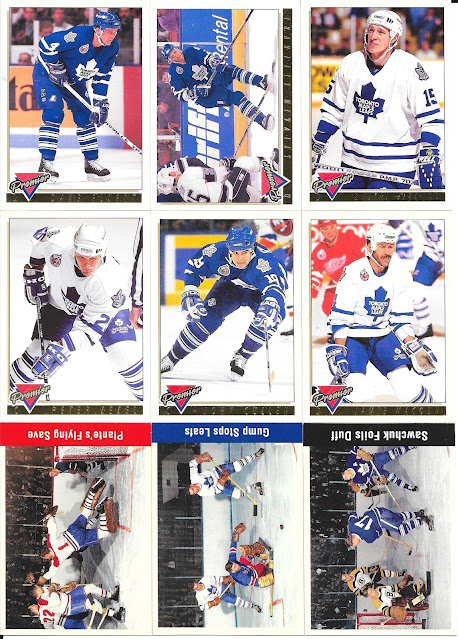 A solid dozen of them, which brings me much closer to the team set. Add on some missing link Parkhurst set Leafs, and it just keeps getting better! 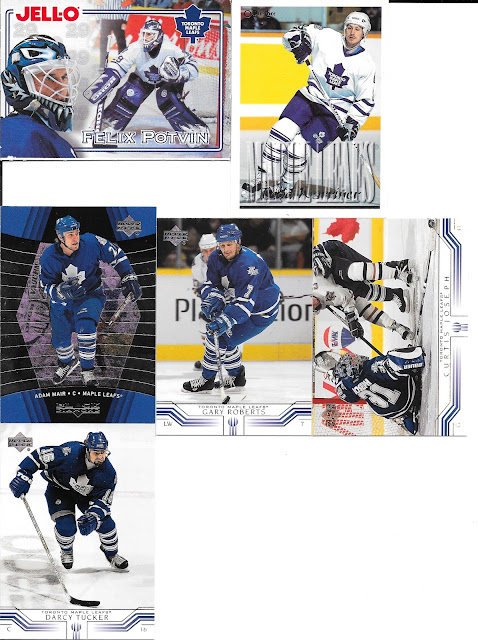 We end with some last Leafs which include a Jello card. Remember when Kraft would put hockey cards on packaging? It was awesome! I mean, if you need to do cardboard packaging, why not slap some cards onto it!

Big thank you for the trade as I think it, as most should, benefitted us both well!