As I tend to do now and then, I picked up some artifact cards missing from my collection when I had to go to 401games to get a few Pokémon related gifts for the kids to give friends for upcoming birthday parties.

One expense that has been on the lighter side the last couple years with COVID as there were very few parties attended.

As for the cards, I typically go back to older sets and see if there has been any new inventory of lower priced cards I am missing, and found a fair number. 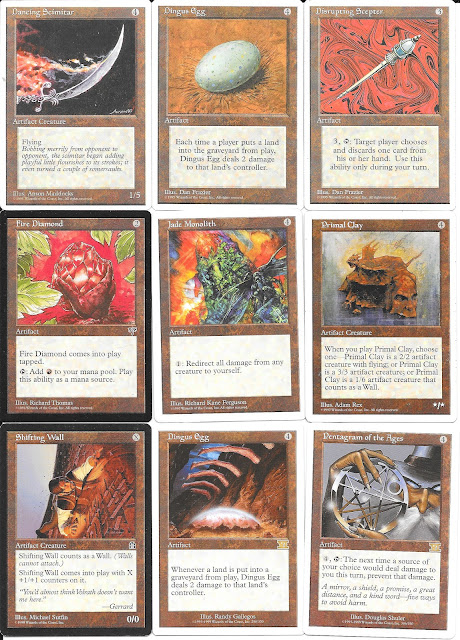 The white border cards cover 4th, 5th and Sixth or classic edition, with the latter being the ones with the Roman numeral IV in the middle right of the card (last two cards above).
These are all cards I have from other sets they have been printed in, but first copies for these specific sets. 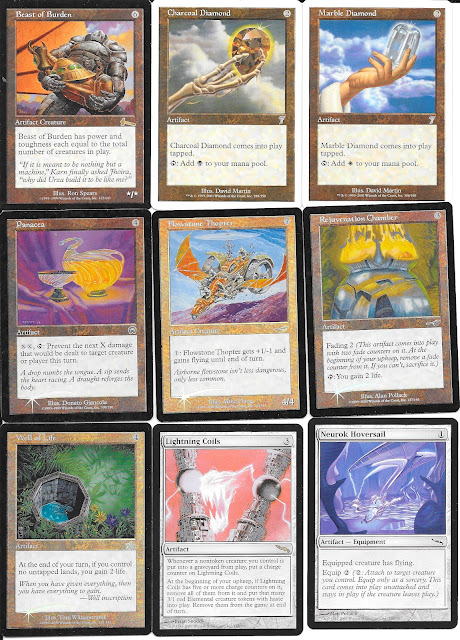 I was most surprised to be able to pick up the middle row of cards cheap. In the late 90s, early 2000, this was when foil cards first came to be, and they were actually pretty rare so there are usually a fair premium over the base card, though not really for these common cards. I believe originally foil cards were every 70 cards or something like that, so every 6 or so packs, whereas now, you can buy collector efditions which are all foil...not to mention that we now have extended art cards, alternative art cards, etc. 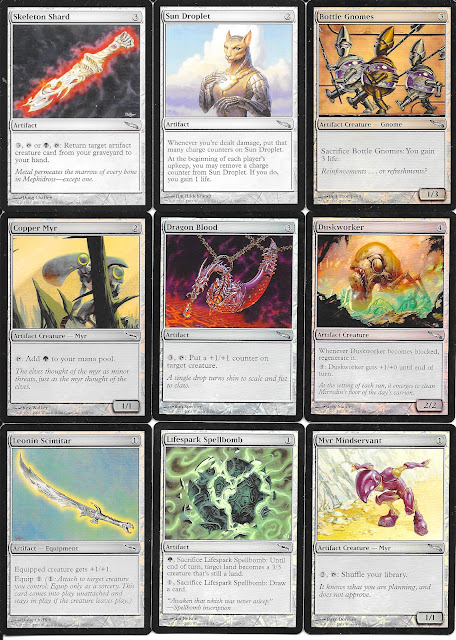 Hard to tell with the scans but most here out are foil versions, and Scars of Mirrodin and Darksteel were heavy on artifact cards, which is why so many here. 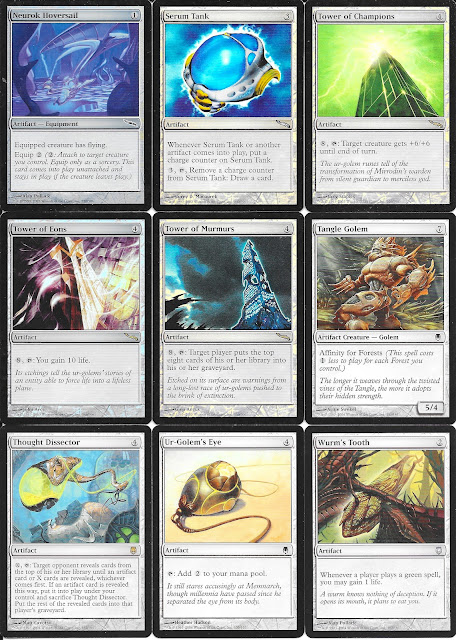 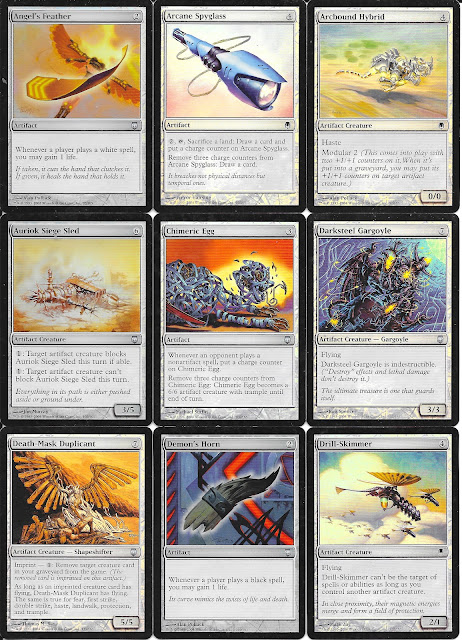 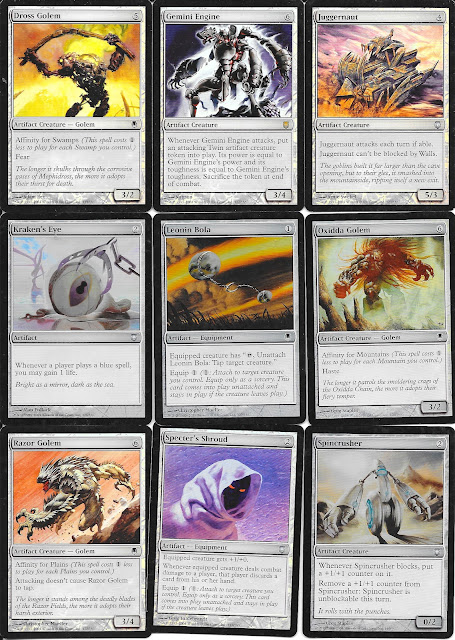 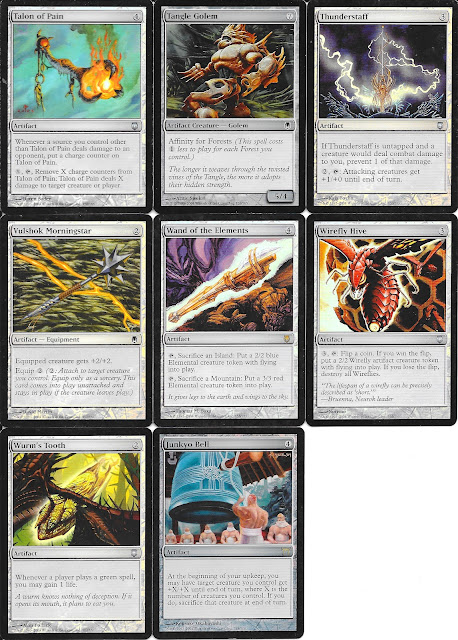 I wasn't able to finish off any artifact card sets with these, but definitely moved some closer - though Scars and Darksteel each have well over 50 artifact cards each, so going to be a while before I got those done, especially as some of the cards are more expensive than I would like.