Well, I had thought the rest of the team baggies from Swing and A Pop-Up were all Jays, but I was wrong... 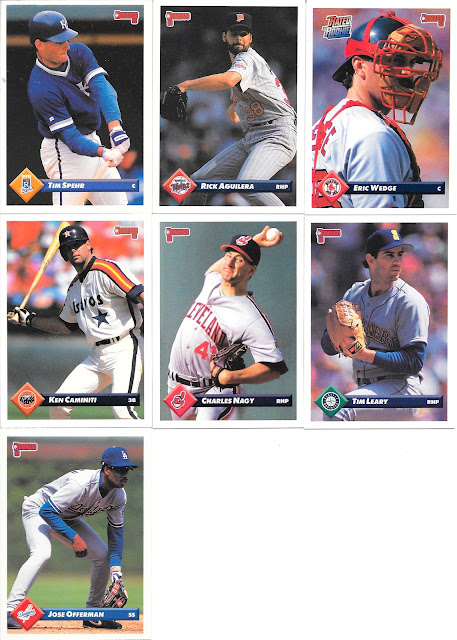 The good news is, these are all of course needs for the set, the bad news, and this happens now and then, is that I took my time getting to them, and think I have a trade recently where I will be getting second copies of a couple.
Not complaining, it happens, and that's OK. 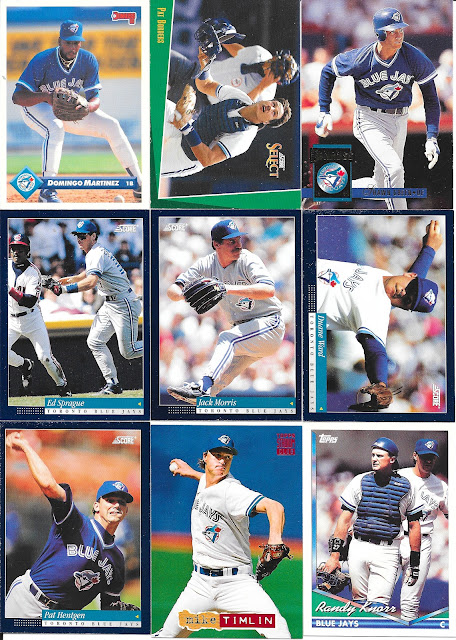 Now, the rest of today IS all Jays, and from the 1993-95 years. Again, an awesome job was done that all of these cards are still needs - which is probably helped by my not being that busy on trading in April/May still.
A nice mix of the Jays hitters at the time with Duane, Pat, Jack and Mike, and also a man who caught a lot of them then too with Pat Borders. Pat was a solid catcher, but didn't bring much with the bat hitting a career average just over .250, and not a lot of power - though that was typical of catchers, so I took a look at his WAR ratings. As I figured, he was just a bit above average on offence and defense as a Jay - which is about all you can ask. I lost track of him a bit once he left Toronto, and as I waned a bit in following the Jays in the later 90s so didn't realize her played for 8 other teams in his career (with 5 of those being for 31 games or less, each). 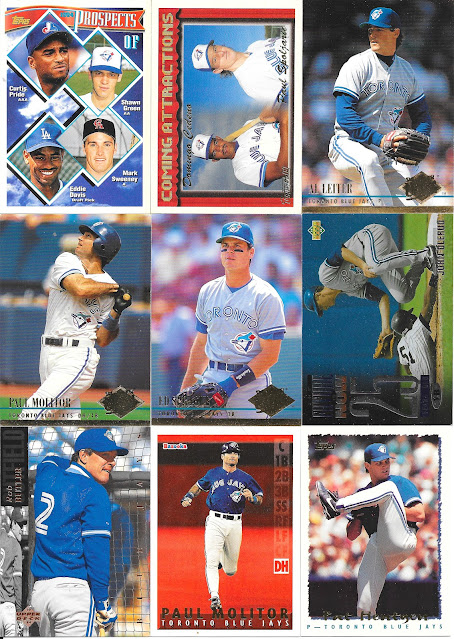 I think Shawn Green wins as far as that Top Prospects card goes. 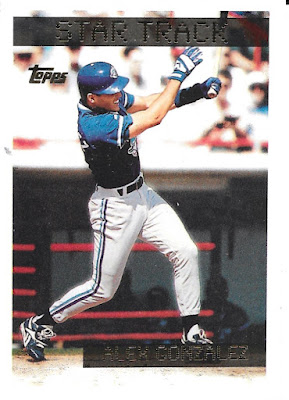 Highlight card for today though is the following Top Prospects card...