So, one of the features I like about TCDB is that you are able to see history of when you added cards to your collection. This set, my first addition and likely the first card from the set as I hadn't been collecting when it came out or since....was Michael Peca on July 2, 2016. 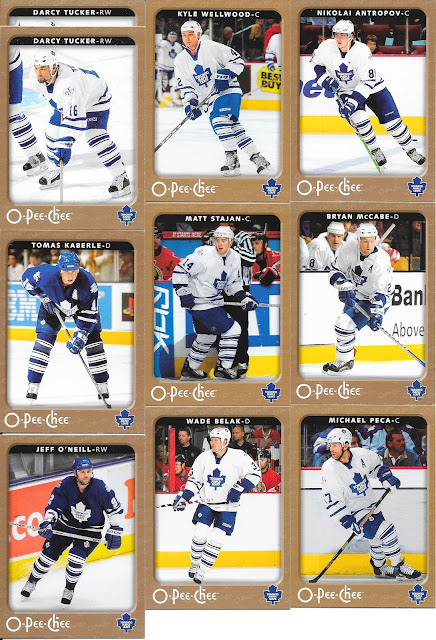 Since then, I am closing in on half way (I have about 320 of the 700 card base set), and that's helped here today, along with some more Leafs, which will need to be dupes to again handle my team and set....sets.

Nice to hit a "run" in the set which includes all the Leaf content...sweet. Actually brings me up to 50 Leaf cards from the lot - not bad so far. 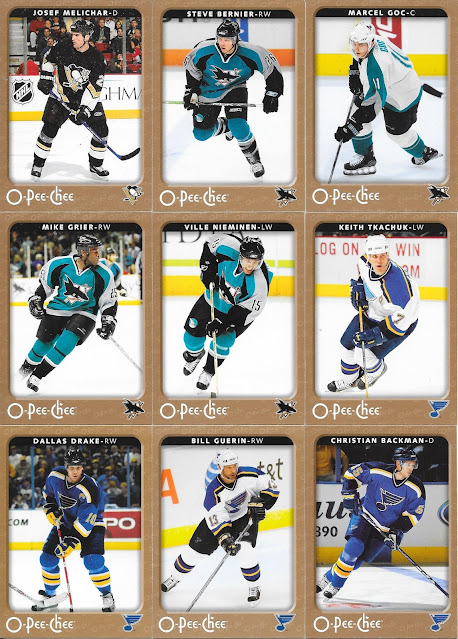 As you can tell, some team alphabetical ordering going on in the base set as we work through some of the S teams and T teams, including of course Toronto. 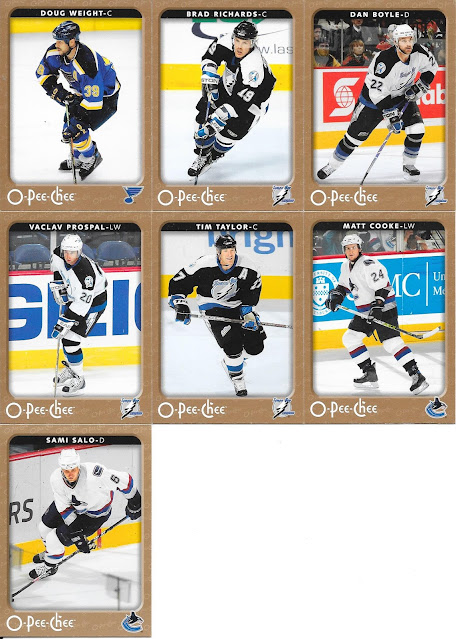 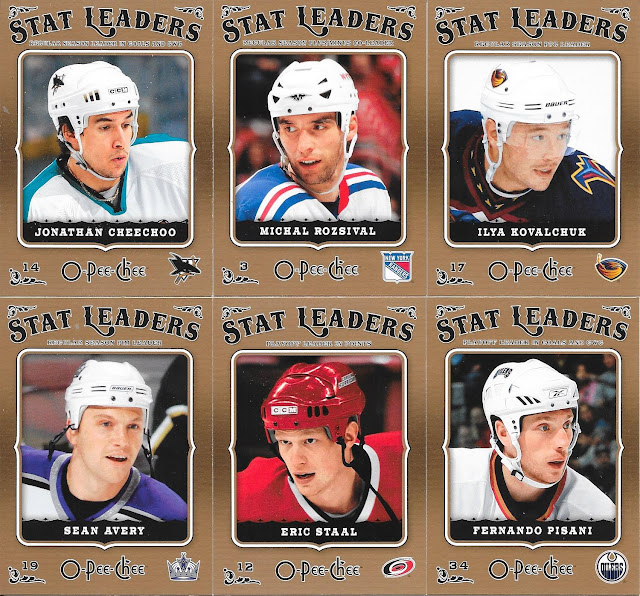 I am a big stats guy - always like going through the details of stats - but if you are going to have a nice subset like this, instead of a quick line on the player and their stats - you have to have a top 5 or 10 for the stat they are leading. I mean, was it clise? WHo else was near number one?
Nope - none of that here.
There were a few dupes which are added to by TCDB listing if you are interested. Most were dupes of cards above anyway, but more trade fodder is good trade fodder! 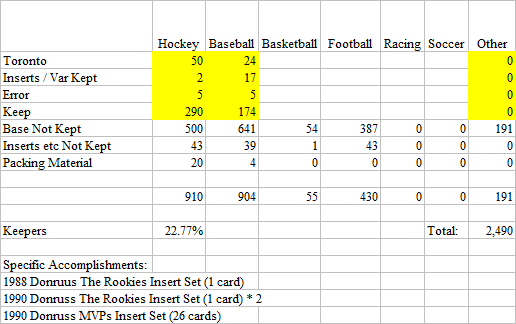 Posted by CrazieJoe at 1:45 PM