The End Is The Beginning

Today is the last post from the package I received from Swing and a Pop-Up, and we have early 2010s Jays to peruse. 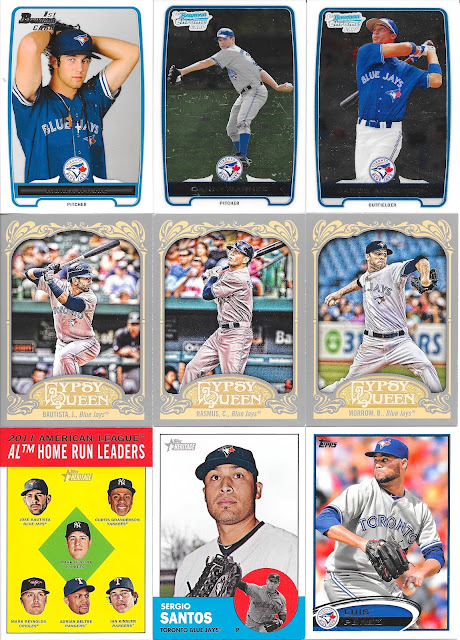 Bowman and Gypsy Queen to start. Gypsy Queen design here is fine, nothing I overly love, but I am less a fan of the floating heads leaders card. I get it - it's what was done in designs of yesteryear, but I'd still rather have boxed photos with shoulders and necks too. 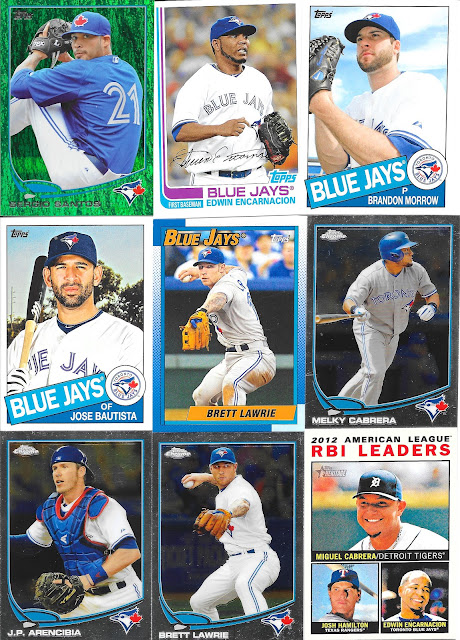 I really like the green sparkly parallel, very nice. Archives with the multiple designed base set with 1982, 1985 and 1990 featured, which are at least all solid choices, especially with the toned down 90s design. 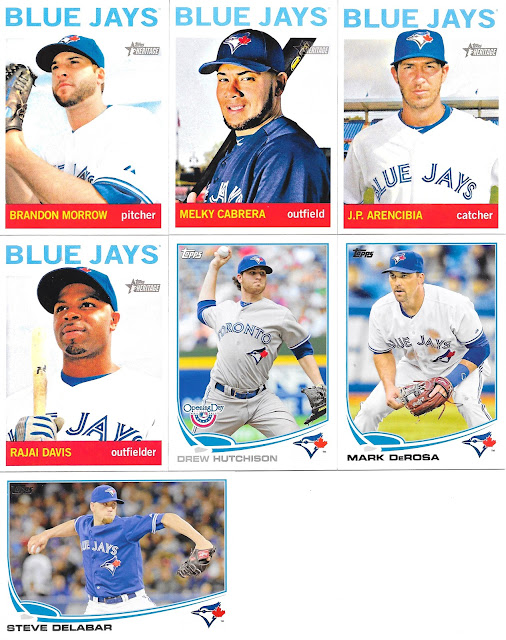 Early 10s were the team that Bautista and EE pushed offensively. I was never a JP fan and think the Jays gave him way too long to turn it up and he just didn't. 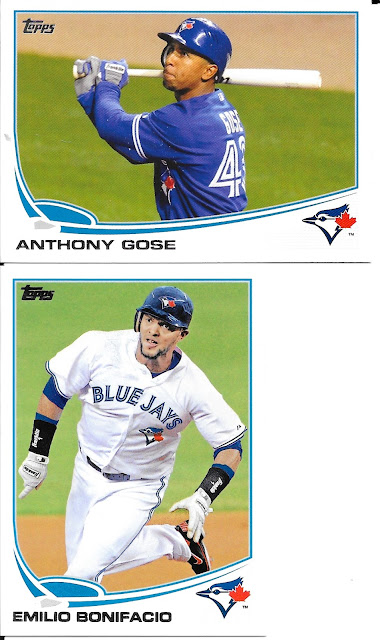 The best of the bunch today are the final two Jays base cards so I can now say I have a complete team set for 2013 Topps flagship set.

With the end of the package, I now begin the big task of getting something even close to as awesome to send back....this might take a while!