In the Habit of Finishing a Triple Play

First share of a few things today, is a quick PWE from everyone's favourite $30 a week habit as we connected on TCDB for a quick trade... 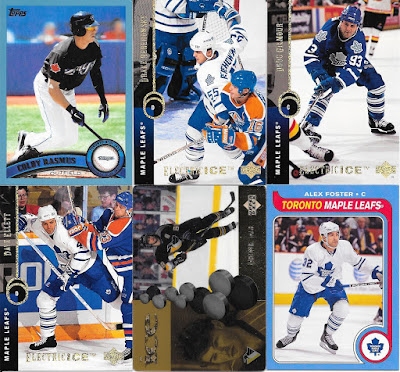 The nice blue parallel, in any baseball Topps card, is ever so much better with a Blue Jay as it matches nicely to the team colours.

The hockey cards also include parallels with some Electric Ice and a retro 2008-09 O Pee Chee, but my favourite card of the bunch has to be Jagr which knocks another McD late 90s card off my want list. They are such nice sets....and heavy because of the acetate - I mean a 50 card set of these feels like 150 card set. Heavy or not, a beautiful card and many thanks as always for the trade.

That shared, next, we are finally at the end - the last two packs of 2013 Panini Triple Play. Was it as good for you as it was for me? Hope it was better, and you learned to pretty much avoid these cards...unless you are a glutton for punishment like me. 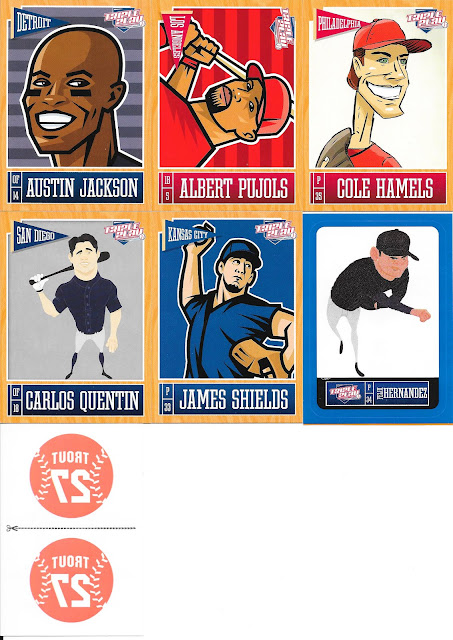 A pack full of dupes to begin - Cole still having problems with an ultra skinny neck. 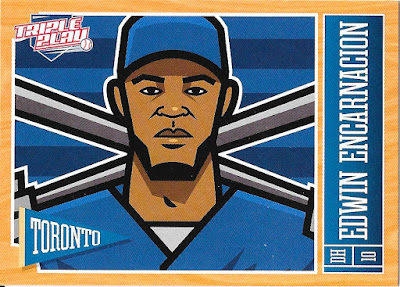 Well, we at least end with a Jay - the third Encarnacion from the box I do believe. The collation has been interesting as I think there have been a couple insert dupes and a few base card triplets. 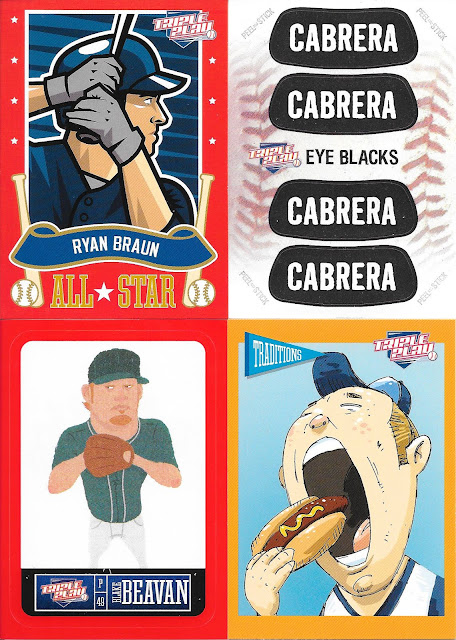 The inserts are all new at least, another good way to end. Even if the hot dog card looks like the guy has a mouth big enough to drive a truck into.

Well, I guess I can't complain that the last pack also had an extra card too! I think that makes 2 of the 24 packs which had an extra card. I guess it makes sense because the stickers are thinner than the base cards, so all it takes is a couple stuck together and poof - 8.

Well, the cards themselves may be worth avoiding, but for what it was, I did alright with the box, especially given the luck of getting the baseball bat hit. Again, not exactly a 1/1 or anything spectacular, but the odds were ever in my favour.

Also in my favour, and last but certainly not least for today, receiving another trade PWE from a TCDB member - this one being 860502 which touches on some baseball. 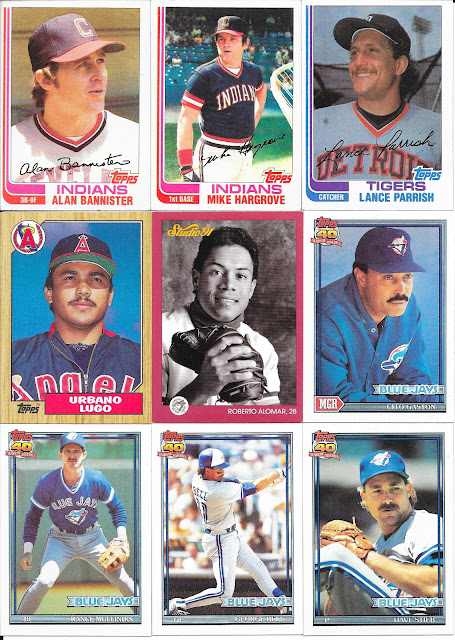 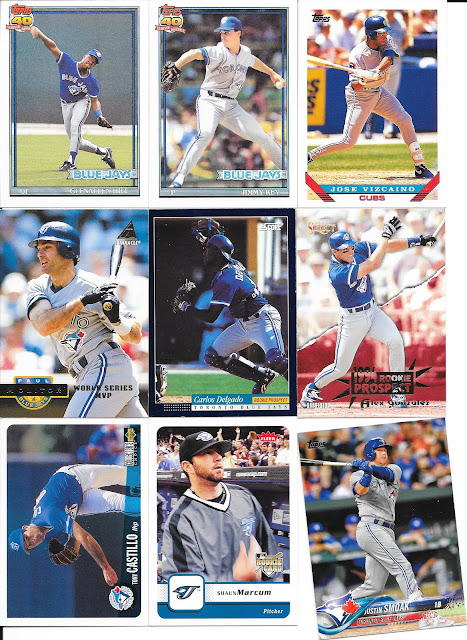 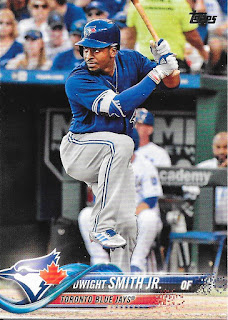 Even though Smoak was trying to escape - the trade brought a bunch of Jays that are new. Well, the 1991 Jays aren't really new, but very much needed as it is a set I will slowly go on to try and complete the set, so dupes will be needed.

The trade also brought a few more 1982 Topps cards for that slow build as well.

Best of the bunch, if there is one, will almost always be an early 90s Studio like Roberto here. Such a unique set at the time, and these really stand out still.

A big thanks for the trade!
Posted by CrazieJoe at 8:00 AM