The road to Valentines Day

I am going to start a box today that, I am hoping, I may just grow to be happy with and maybe even love. 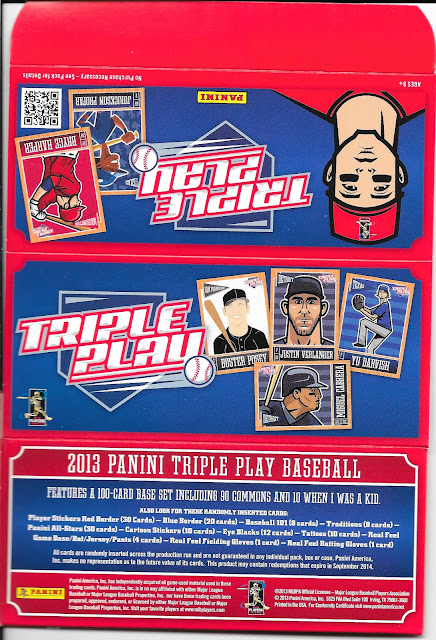 I am going to open a couple packs a day, so this will be here until just before Valentines Day. In actual fact, I think the fact the box is over will be the Valentines Day gift I truly enjoy.

So why did I pick it up? Well, the box was less than $10 at Dave and Adams. I know, it should be about $1, but for less than $10, and to have a box I can open and have a bit of interest with my son who hasn't really shown interest in cards beyond Pokemon, I figured it would be worth it. Besides, if I have a compete base set (it's only 100 cards - well 90 cards plus "When I Was A Kid 10 cards which fall 2 per box), it's another reason to avoid baseball repacks and save a few bucks when they advertise Triple Play packs are included.

Going into this, I have about half the base set which is through those packs that come in repack boxes, and I have a number of inserts as well, so this box may not score too well overall - other than scoring a win on being able to avoid these like the plague going forward.

Given how exciting these packs are, we will do two a day...

Since there aren't a lot of different inserts, here is a quick sum of those odds as well...

While any dupe is a single point.

I will say, this is probably one of the few boxes in the last decade that doesn't need 100 different odds laid out because of having three different types of short prints, 80 parallel sets and 150 insert sets. 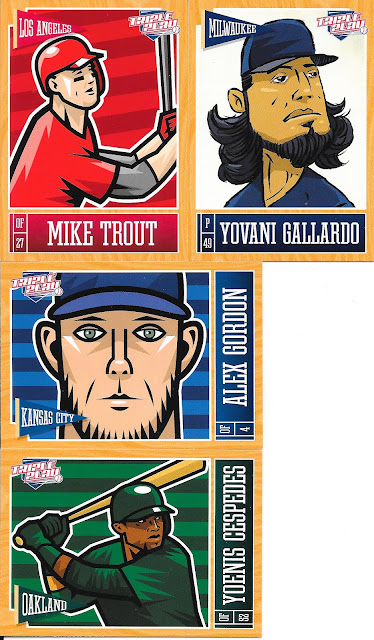 A solid pack for covering cards I need for the base set. Those straight on face close ups are just scary. When the base set is done, I should pull those and make a scary scan of them. It would be very hypnotic I expect. 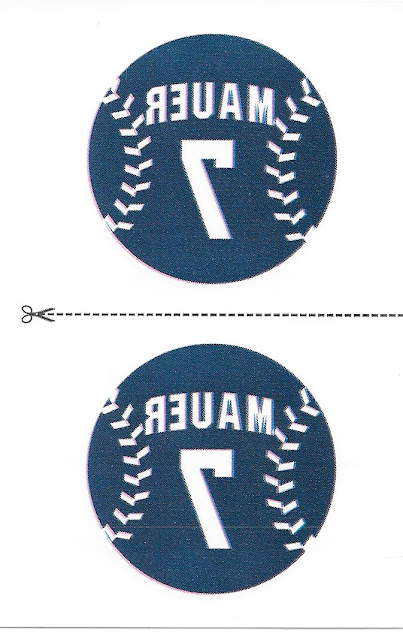 A Mauer tattoo which I needed as far as inserts are concerned. There may actually be an insert set or two that I may complete on this box, but those will depend on the luck of which ones I get. 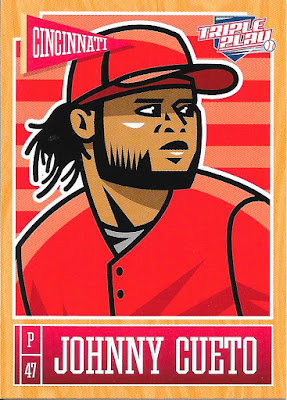 Just the one new base add... 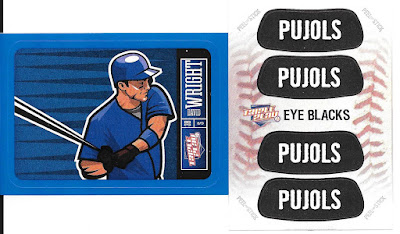 But both insert cards were adds at least, which all go alright with... 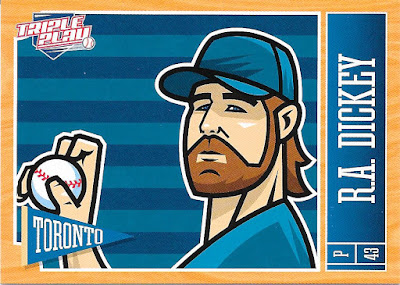 A third Dickey - looking somewhat sad...probably for being included in this set...

If anyone is interested, these are the three dupes from the base set. The way these packs work out, I may have near a second set to pass on to anyone. So if you don't like yourself much and want them, let me know.

Well, at least this will make today a bit better... 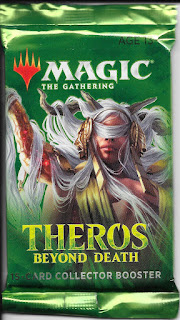 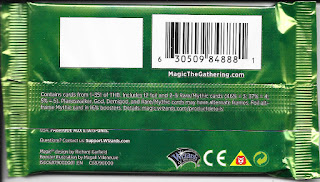 I picked up the collector pack of the newest Magic The Gathering set on Friday (as I had said, Magic boosters are the only item I am allowing myself on this "no new cards" thing this year). Not sure if these will hold the value long term, but I figure it is worth the buy anyway, even if I don't open it ever. Love the colour and artwork as always.
Posted by CrazieJoe at 8:00 AM