Today, we start a box I received from my kids this past Christmas. I picked up a box of Series 2 while in the US last year, and this one is a Series 1 box - between the two, I should have a good start on the 2017-18 set...except for those dang Young Guns.

So a bunch of packs, and an exclusive. 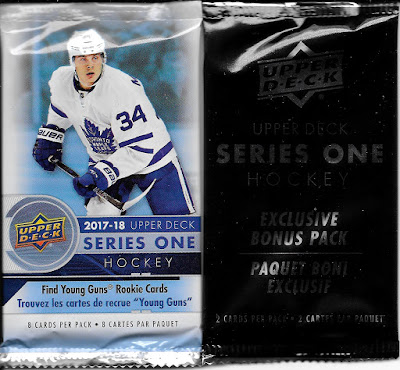 I actually already have a series 1 pack, but I'll be keeping the 2 card exclusive which is pack number 251 for the hockey pack collection.

Scoring as a reminder...


Going in, out of 500 cards in the full set, I have 36, so should be good for being mostly new through this box. 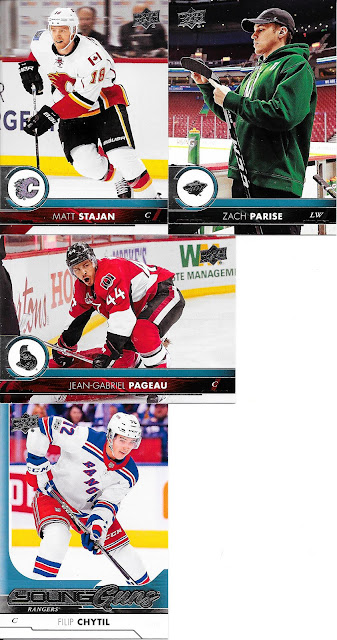 With 8 cards in the pack, would have thought I'd end up with more new cards than just four, but so have you.

I appreciate the out of action card pictures like Parise as they are still sparse enough to be special.

Young Gun cards fall every 4 packs here, so that's the hit of the pack of course. 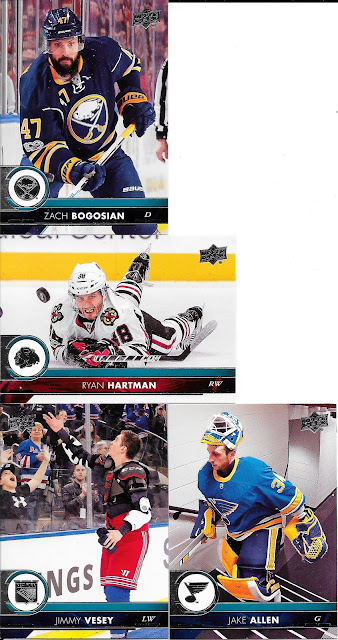 Disappointing first pack in to go half and half, but can't win them all. Again, the Jake Allen stands out for the walk up the stair unusual photo. There's an interesting collection - cards of players "backstage". I am sure there'd be a bunch of them, but probably some great photo work too.