Not a lot of cards to share today, but cards that are numbered. So much in sports is about stats that it shouldn't be surprising that eventually numbering like print runs and serial numbered cards would be a thing. Well, let's take a look at a few today... 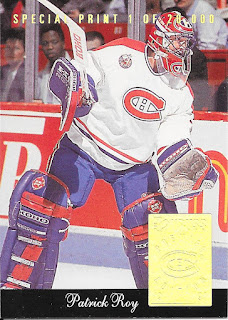 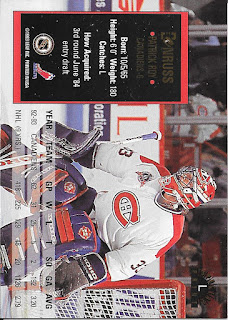 Yeah, remember back when that seemed amazingly rare. Actually, back in the early 90s when everything was mass produced, it was a rare and short print run.

How times have changed. 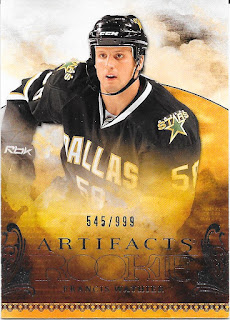 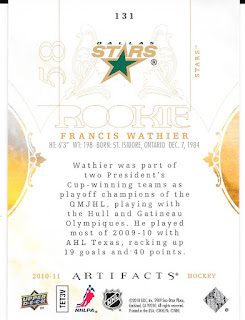 Though I love Artifact sets, this isn't my favourite design. Francis scraped through about 10 games in the NHL over a few seasons, but never was able to make it stick. He ended up in a few different leagues, but most were in the AHL. 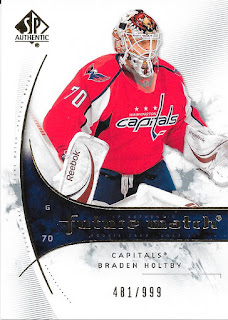 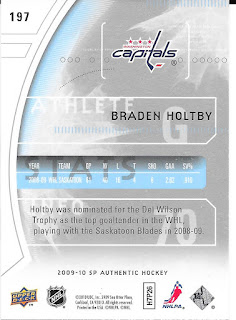 Amazing to think Holtby has been with Washington for a decade now. 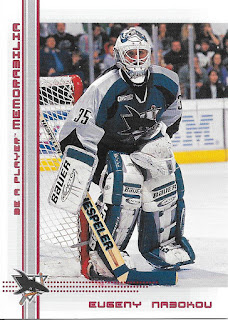 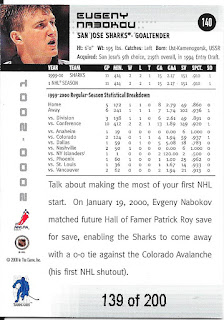 I have a few of these that are supposed to be serial numbered, but aren't, so nice to see one that is. 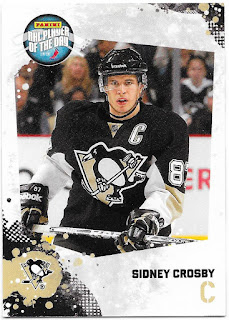 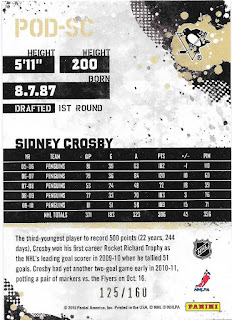 A Sid numbered to 160 - I'll take that any day. Add to the fact, this is one that actually isn't listed in TCDB, at least not that I could find it as this is also the glossy parallel from the set. 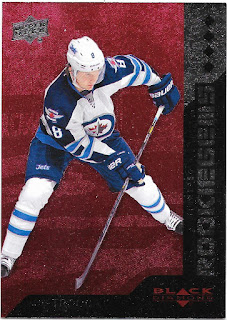 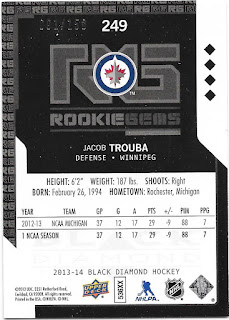 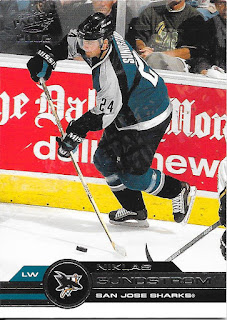 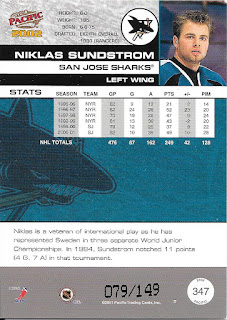 Sharks need to find homes too sometimes. Interesting that the SN itself seems to be stamped on a bit wonky. 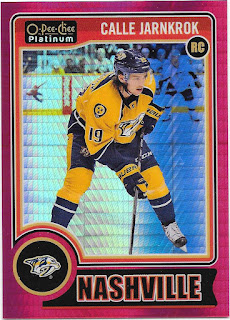 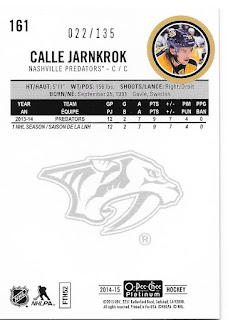 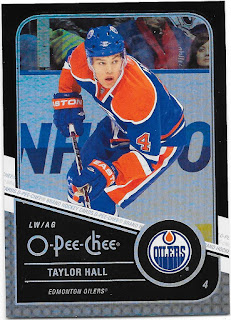 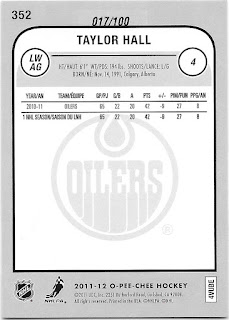 We finish off with a couple great looking parallels from more recent sets. Between the two, really prefer the Hall, as I typically enjoy O Pee Chee compared to the chrome want to be Platinum.

A nice run of serial numbered cards which I am greatful to have been able to add thanks to one Jeff Scott.

Should also say, the one other number of importance today is 15. Fifteen years today since my wife and I got married. Can't believe it has been that long already, the time has seemed to fly by, and I mean that in the nicest way possible!
Posted by CrazieJoe at 8:00 AM