So guess who recently arrived... 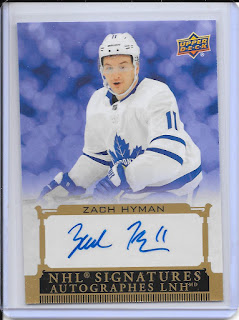 Hy! Nice to see you! Awesome little card that is now nicely into a little one touch protective case and on a shelf showing himself off in the basement. Sure, probably worth more trying to sell it now than holding on to it and letting the price drop, but this isn't about investing, it's about having a nice card for the Leaf collection.

Not all for today - more Jeff Scott cards to share starting with a bunch of parallels and a couple inserts that are decent keeps... 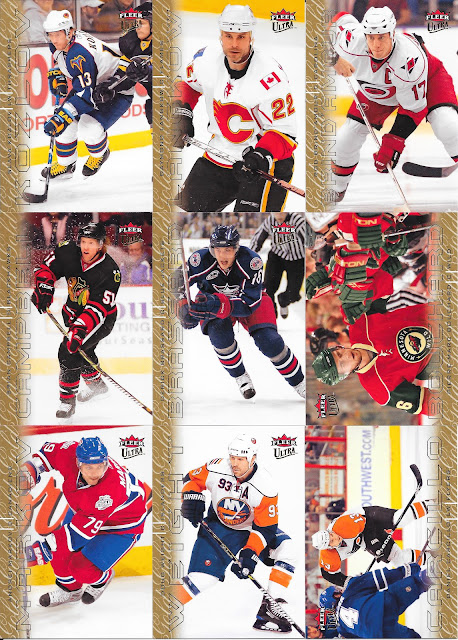 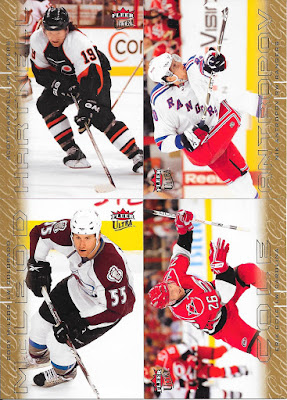 Some of the Ultra sets go for the full background gold colouring which is just too overwhelming, this design though - I really like. Simple but effective in making the normal edging gold instead of silver/grey as you will see later. 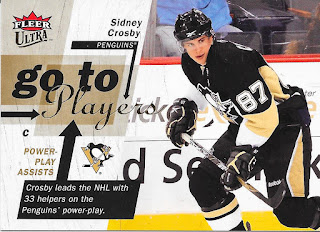 Not much to say about this card except, absolutely Crosby is a go to helper so he better be in this insert set! 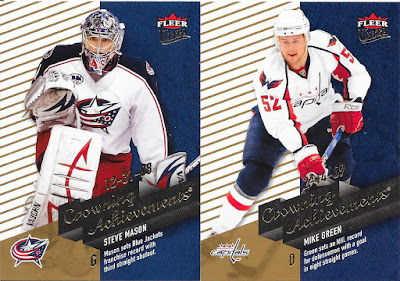 Never a complaint to highlight achievements in a subset, but this design is not for me. To much going on in the background as far as the colouring go - but both achievements definitely worth an insert card.

This not being a base set I am collecting, will be find home for these... 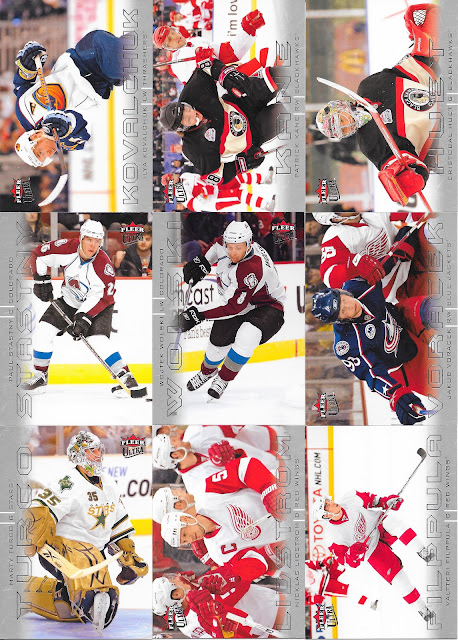 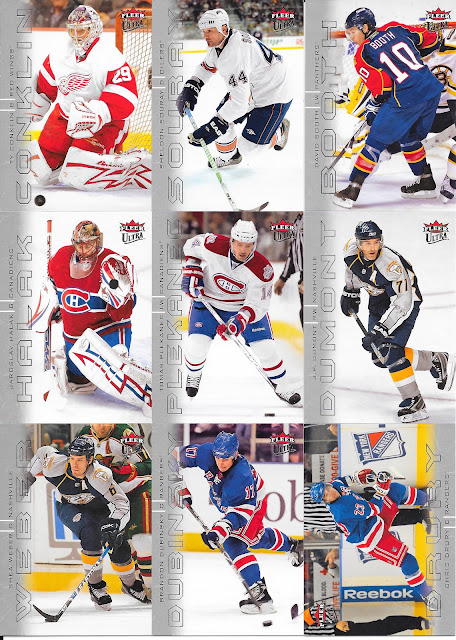 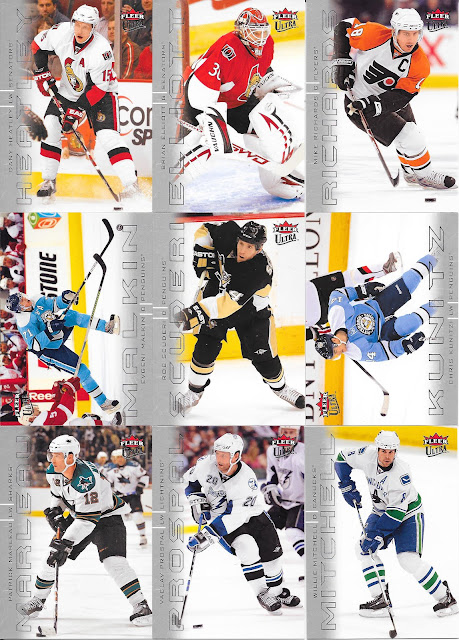 Solid Elliott goalie pose and the nice retro Pens jerseys for Kunitz - definitely some nice cards in the set. 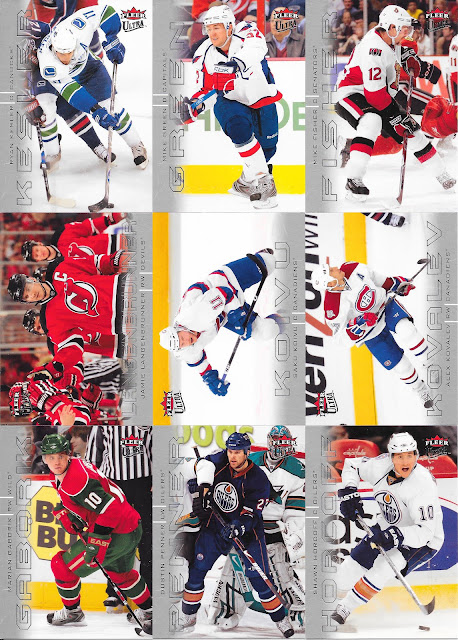 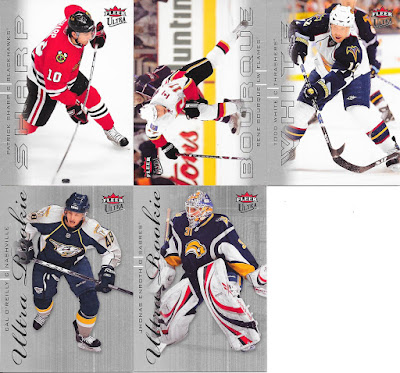 As you can see, the normal design isn't bad, and the gold parallel works well. As for the Ultra rookies - you can see how the gold version could be overwhelming.

I will say, I do like the feel of the Ultra sets, they are a good thickness - one issue I don't know that I ever had with Ultra sets. Yeah, the little things like this I definitely notice, as I expect most do.

Trying to tell from these first few sets if there is any preference in teams, just out of curiosity, ones that didn't end up going anywhere before finding their way to me, but no real feel on that yet.
Posted by CrazieJoe at 8:00 AM