Some Hockay Card Day In Canada

I don't think I have ever actually made it out to a card store on National Hockey Card Day - so all of the hockey card day related cards I have picked up have been from others.

Today is no exception as the cards from Jeff Scott included some Canadian National Hockey Card Day cards which were new to me. 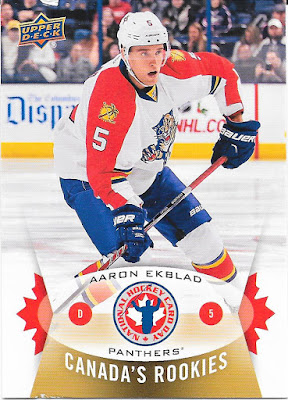 In 2015, we had a more full picture design with, as you can see, the last third of the card taken up by the front logo/name plate. I like the use of the red and gold through any of these designs, it is a nice consistency with most of the sets. 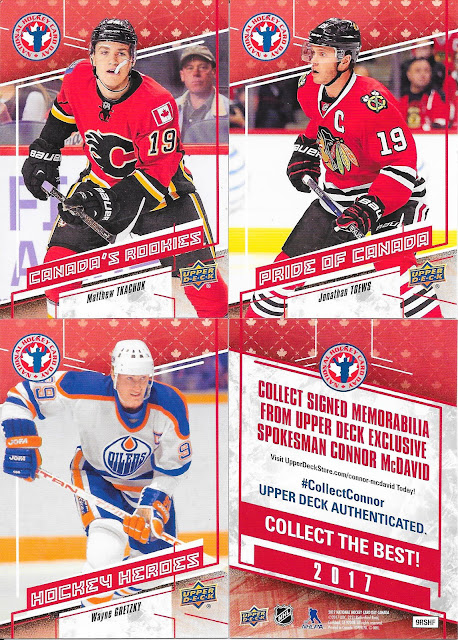 Here we have some 2017 year cards. More red, less picture, but solid. Also, Wayne Gretzky as an Oiler which is the right way to show him, especially on the Canadian release. 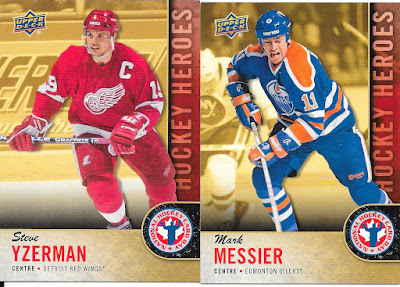 Hard to see Gretzky from his heyday without thinking of Messier, and here he is on the 2018 design. Again, these go with more gold design - reminds me of the 2010 set which I was able to put together from the packs I got from Dave & Adams. 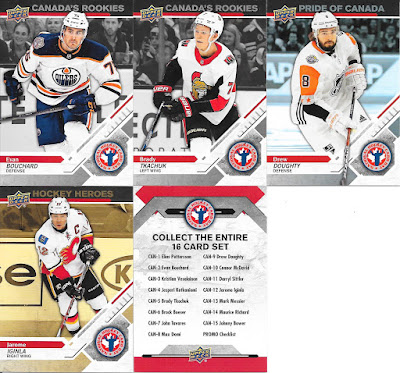 We end with 2019 and my first cards from this set. The gold is generally taken over by a red and silver design, which is nice, but when I think of Canada and hockey, I always prefer the gold!
Posted by CrazieJoe at 8:00 AM