Some McD For Me

Continuing through the Jeff Scott cards, there was a bunch of McDonalds cards, which are sets I really like, so a bunch of these are happily finding a place in my collection. Those are on tap for showing today, tomorrow will be the cards finding new homes elsewhere. 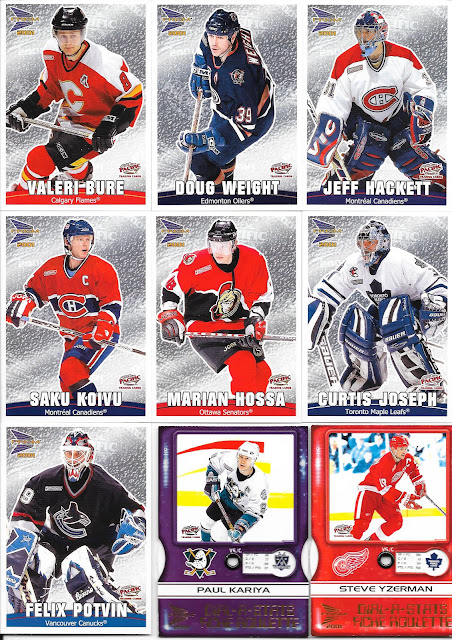 First up, we have the rest of a missing insert set with the 2000-2001 McDonalds checklist set. I wasn't expecting to be able to complete a set out of these cards, but I'll take it.

With them are two painfully hard cards to keep because of those metal wheels sticking out. Definitely appreciate the uniqueness, but for keeping, they are a bit of a pain. Neat way to highlight where they have great carrer stats against certain teams. 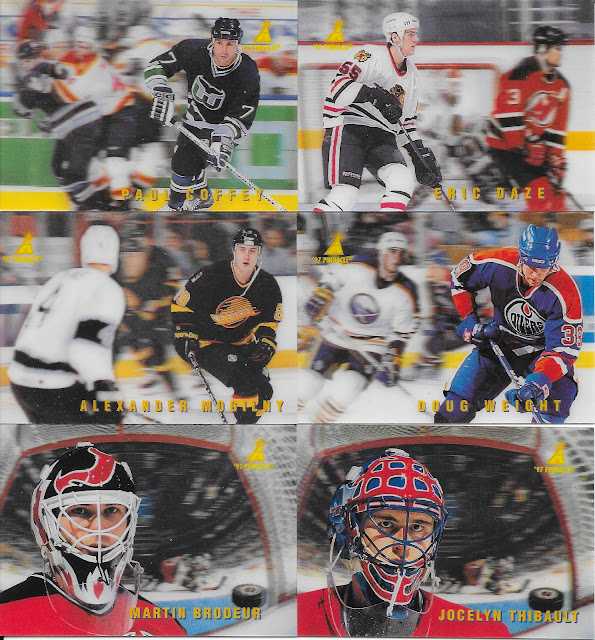 We have a few additional 3D cards from the mid-90s when Pinnacle was involved with the McDonalds cards. These tended to curve top and bottom slightly, which these ones all do as well. 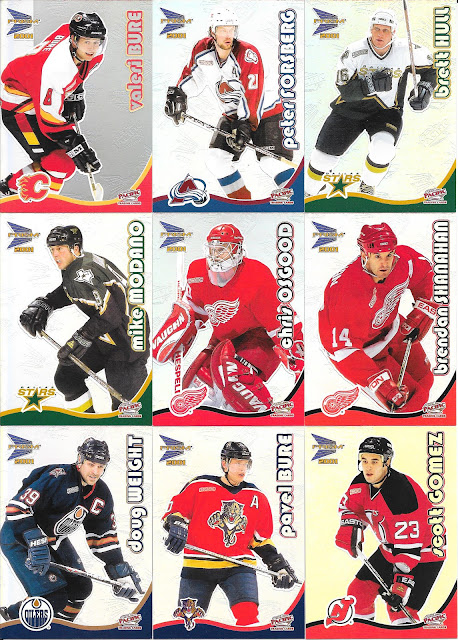 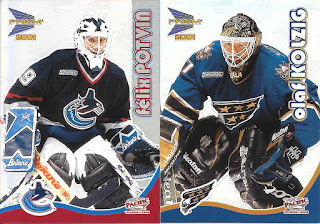 The bulk of the cards happened to be from the 2000-2001 year. Was able to add a bunch of base cards as shown here but also some parallels... 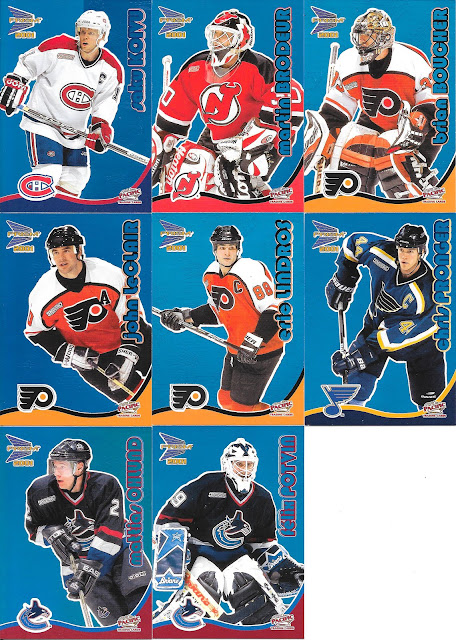 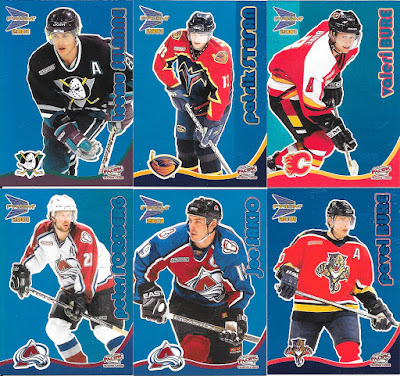 A whole bunch of blue. They should have really gone with a slightly different colour for the name as it looks a bit lost, just showing as an outline here.Other than that, really nice looking cards and I like them better than the base.

We end with a few odds and sods of other McD years. 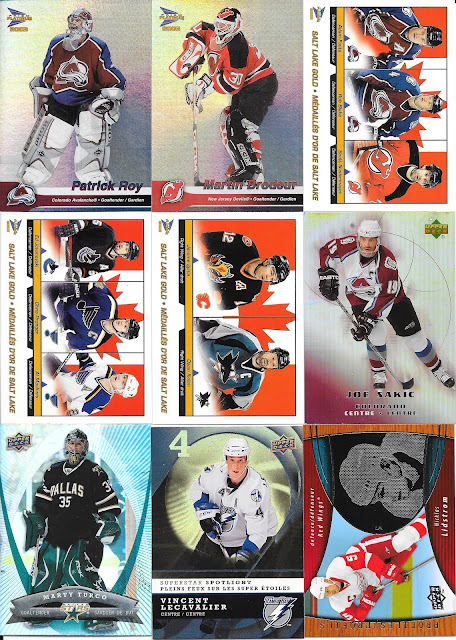 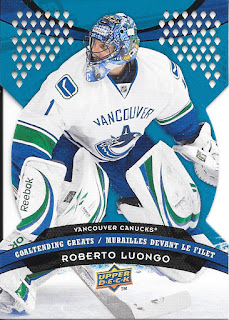 Okay. kinda neat to have the mess netting cut outs at the top for a goalie card, even if it is Luongo. At least it's not Roy.
Posted by CrazieJoe at 8:00 AM