Here is the last bunch of the big bunch of cards that Steven from baseballcardstore.ca passed along for my collection, and it's a lot of various Jays! 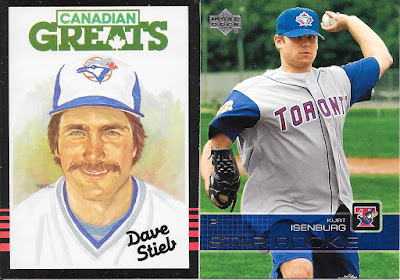 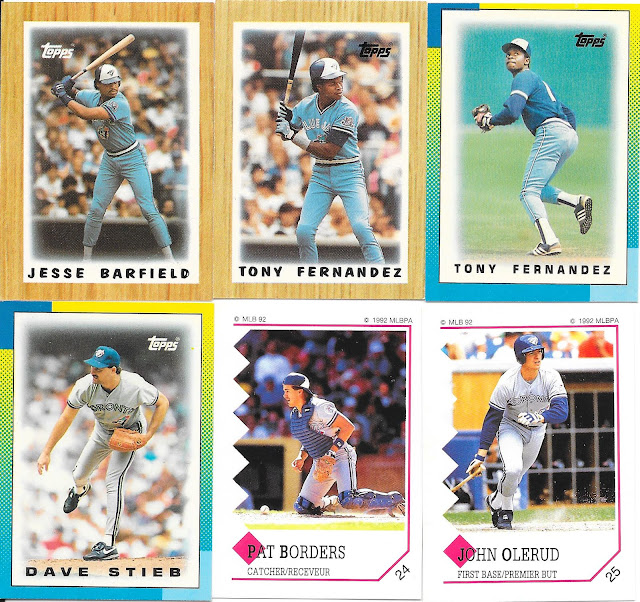 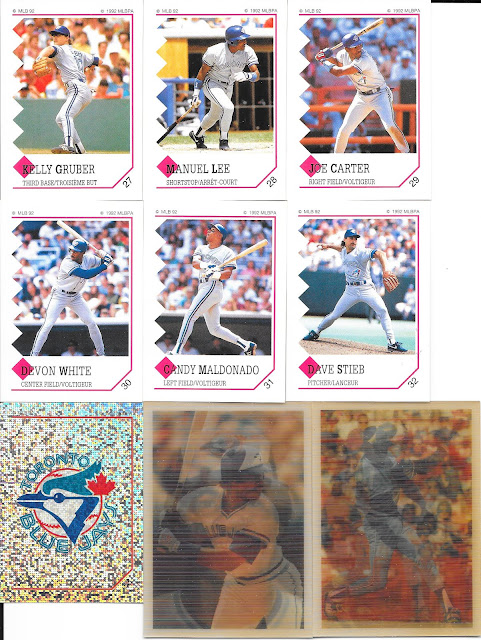 A bunch of smaller stuff and a couple UER cards (and a couple Sportflics right at the end). Most of these are 1992 Panini Stickers, which were a year or two past when stickers were something I collected as a child, but nice to get them now.

My faves are the "they look just like 1987 Topps full sized cards except glossy". 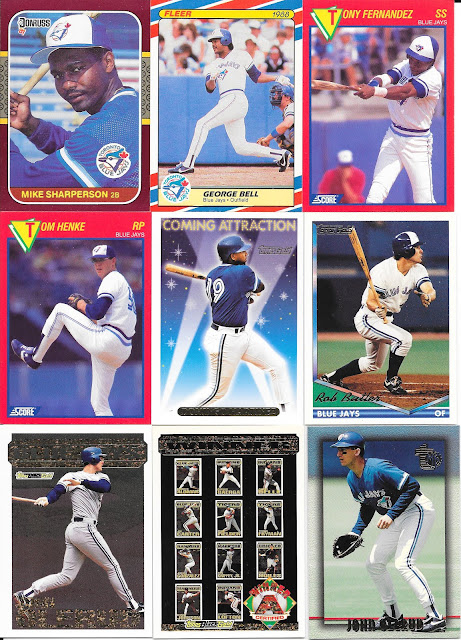 Mike Sharperson had a short tenure in Toronto, all of about 30 games before spending the rest of his career - all 500+ games, with the Dodgers.

We also get some nice Topps Gold and Black Gold parallels from the 90s because that was a big deal at the time. 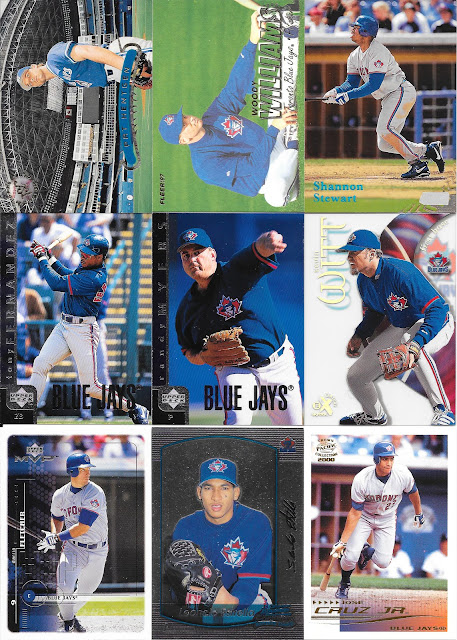 Can I get an entire set of cards like the Pat Hentgen with stadiums in the background. Not photoshopped in, just have the players stand along the foul lines and go down the line taking photos. Such a magnificent shot.

The Witt also gets high marks for being a nice see-through acetate card. 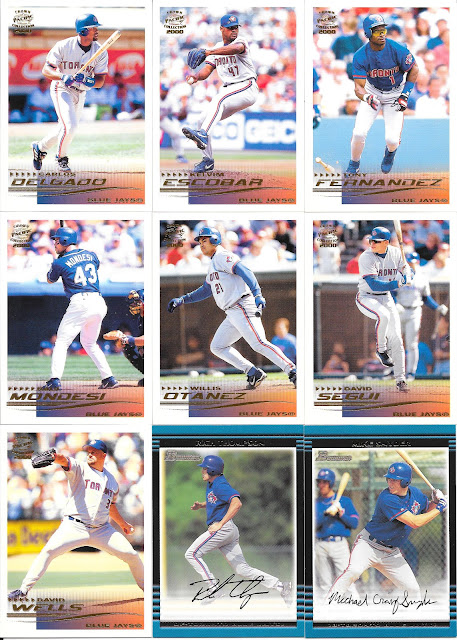 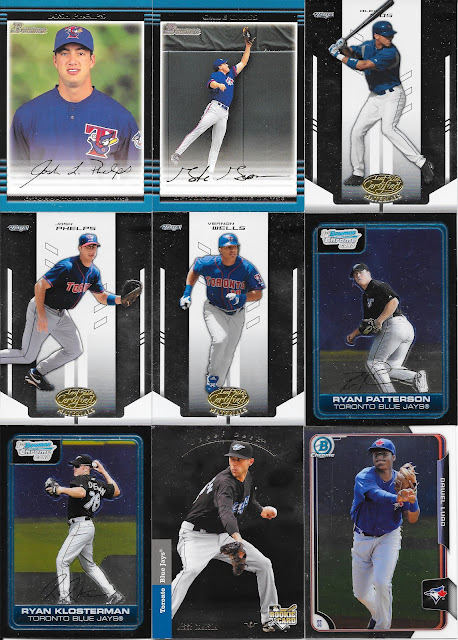 From no 2000 Pacific Jays to a solid handful and then some, and some Bowman Jays which always confuse me with all of the different inserts or sets around prospects. 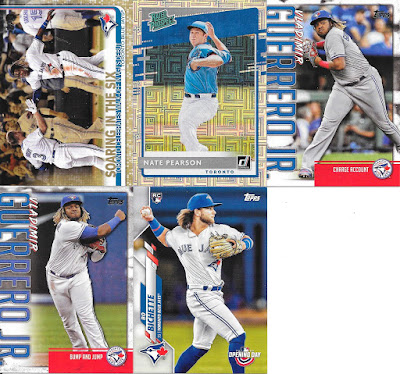 We then end with some more recent cards including a couple Vladdy inserts, a sweet gold parallel from the flagship set and everybody is going to know Bo. My favourite Bo since Jackson!

Huge thanks again to Steven for passing some awesome collection additions on as always, I tip my cap to you kind sir!

So I figure I'd also handle the rest of the Jeff Scott cards, which is now down to some random baseball, as a bunch of random 50 card packs and while I go through, hit the keepers and any traders still up for grabs, and anything else that may tickle my fancy on a given day.

Today's 50 was very A's heavy with a bunch of 1989 Fleer and 1987 Topps Oakland Athletics cards...but we have probably seen enough of those sets, right?

Here are the dupes that don't yet have a home... 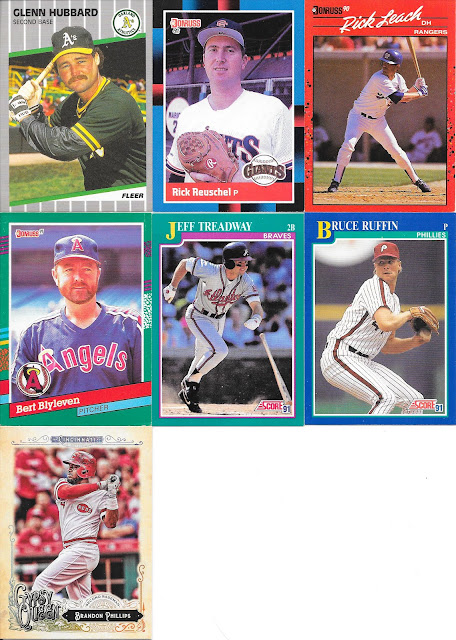 Some of the A's still here - A shame I didn't luck out in needed the Murphy for my slow build 1982 set.

I did get a few set build base cards... 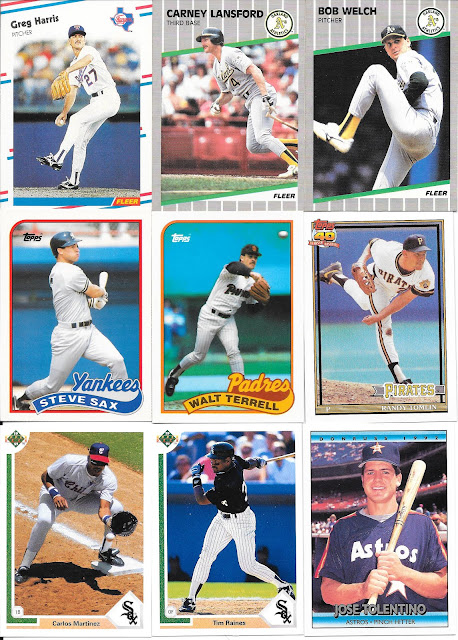 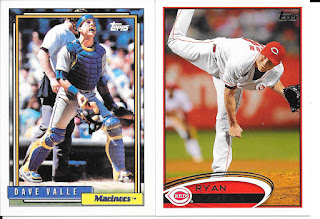 I could have sworn I had the card - but that Tim Raines Upper Deck card is a nice one. Also nice to have a post-2010 add too.

As seems to be the case with these, a nice number of inserts to keep as well... 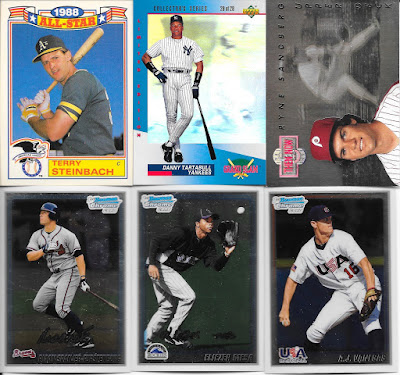 Looking very much like a repack here - and I don't mean that in a bad way at all.

Some newer Bowman Chrome inserts and some from yesteryear.

I always really liked the Topps All-Star and Rookie insert sets (or mail-in as it were) - and here, another A for the day in Terry.

Another rare sight - Ryne as a Philly. Just so wrong as the man is the Chicago Cubs to me.

To end the day, something I haven't done in a while, share a couple Lista wins. I don't do much on the sight anymore as the "value" of the currency just plummeted over the past couple years. 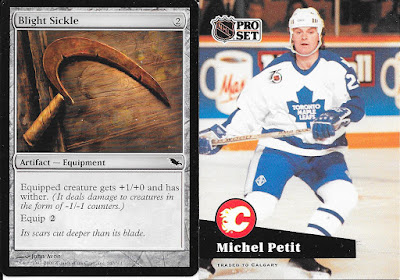 Neither is a new card for the collection, but both have a home nonetheless and as per usual with the cards I win on Listia, were cheap.
Posted by CrazieJoe at 8:00 AM