I did osomething like this going through a bunch of the O Pee Chee hockey cards Jeff Scott passed along, so I figure, why not cover a bunch of the Upper Deck sets as well. 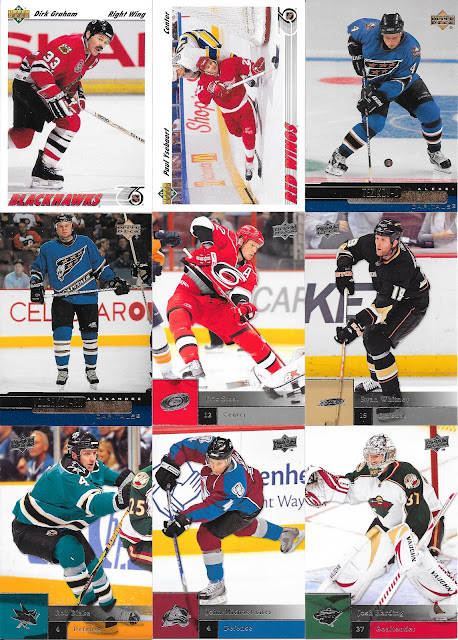 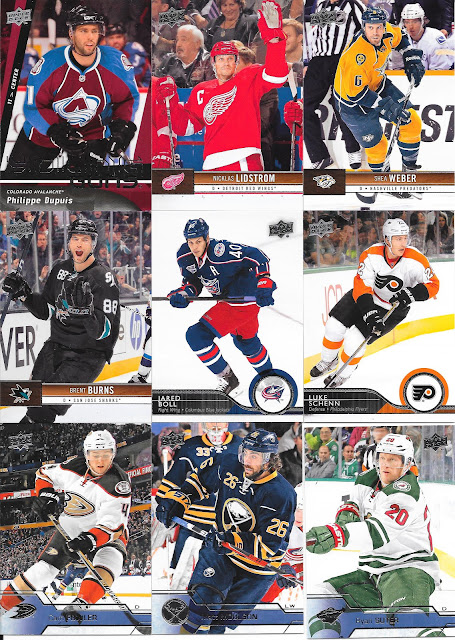 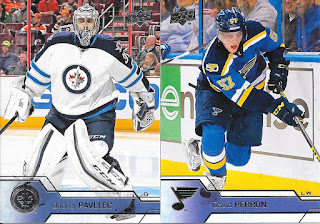 With Upper Deck being the flagship set many of the last years, I tend to add the flagship as a set to slowly collect, even if I don't have much from the set. As you can see, odds and ends here from 1990 on to mid-2010s. 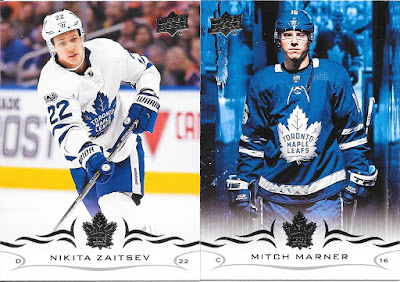 Even end up with a couple Leaf keepers. I know last time I picked up that Marner card, I noted how nice the blues play on it, and yeah, seeing it again now, still holds so very true. 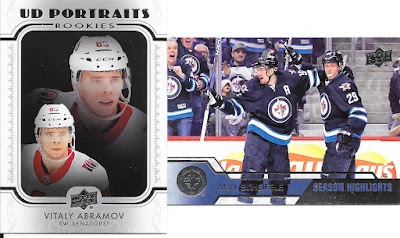 A couple insert keepers - there may be a few others, they just weren't pulled with the base cards I picked up to go through. The Upper Deck card here is annoying as the Upper Deck Inserts card were put in the SP product, and that kind of cross card set collecting is a faux pas I dislike. Heck, call it a high numbered set and put them out with the series one and two product or something in mixed packs of base product.

As for those needing homes... 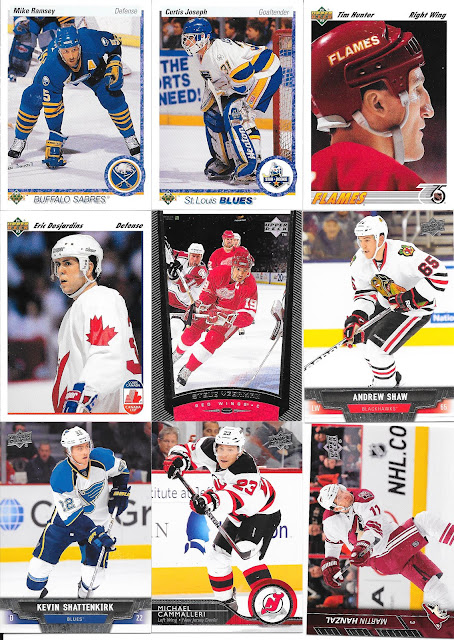 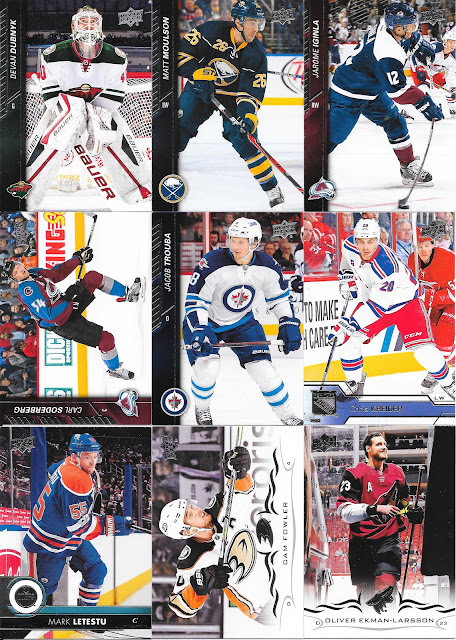 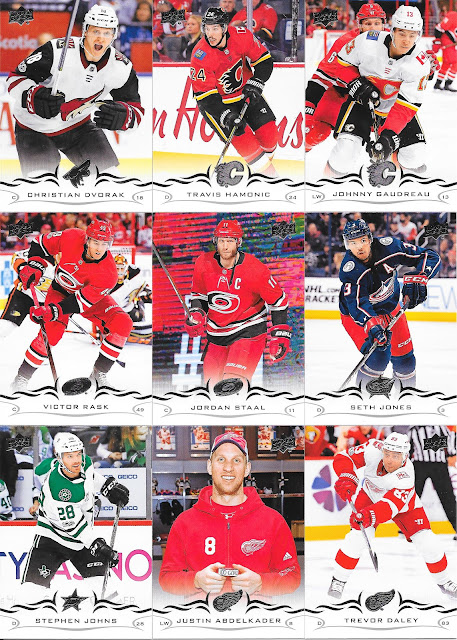 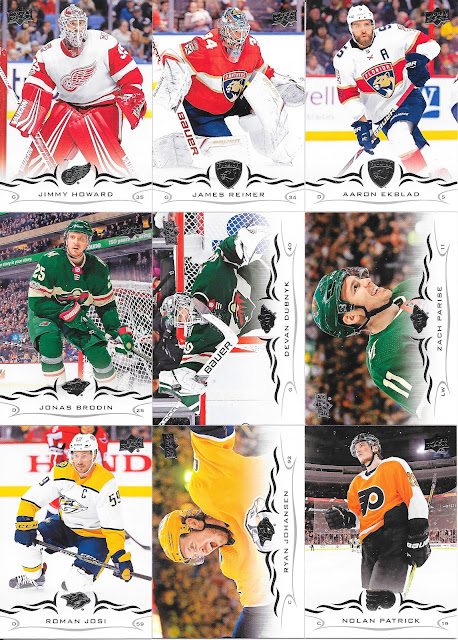 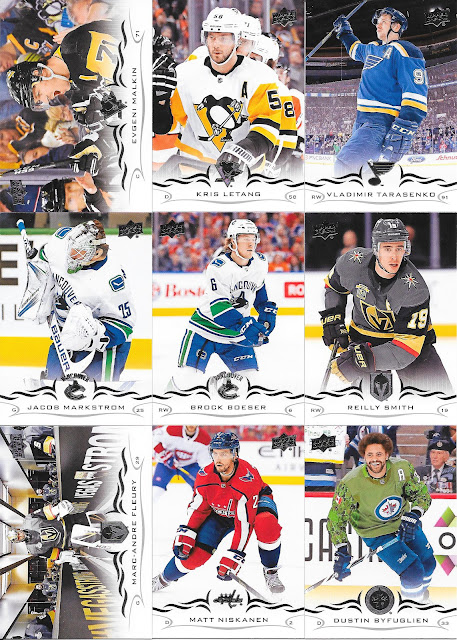 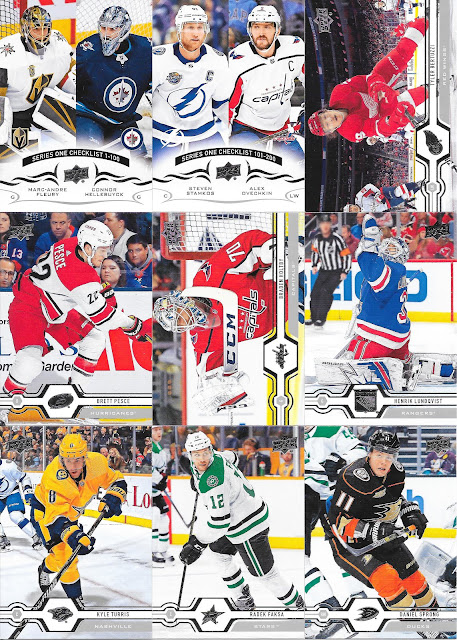 The bulk of the cards here are 2018-19 Upper Deck which just wasn't a design I was crazy for. It's fine, but maybe a bit too white overall, but otherwise, not one I am overly interested in - so if anyone is, let me know.

Solid overall, and tomorrow, I am going to turn to 2 sets from the Jeff Scott cards, and only scan the ones I am keeping because there are about 1,500 cards between the two sets, and they are not ones people have huge interest in seeing, thought if you are missing any cards from those sets, just let me know when we get there...tomorrow...
Posted by CrazieJoe at 8:00 AM