Something Blue and Something Pacific

I promised more cards from what Steven from baseballcardstore.ca sent m way, so let's take a look at the rest of the hockey cards... 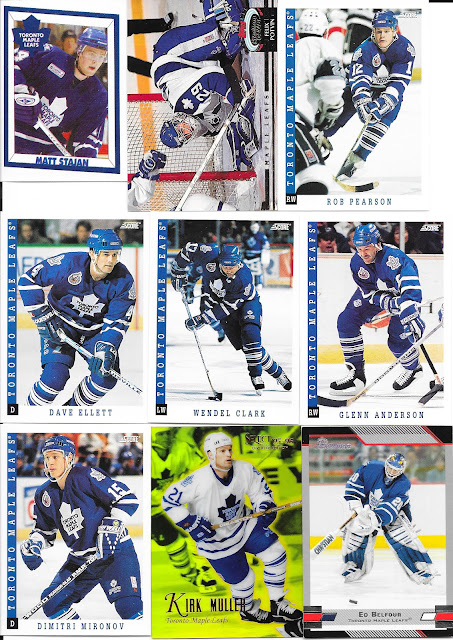 We get, as usual, a wide range of Leafs including some early 90s American Score, and my first '95-'96 Select parallel which scans with almost a shiny green colour to it. 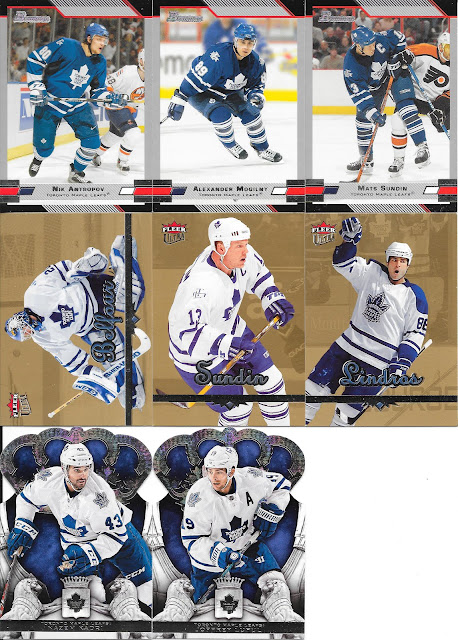 We also get a couple Panini Crown Royale cards. I remember the early 2000 Pacific versions, but hadn't realized these were redone at all by Panini. There are so many sets I am sure I still don't know about.

The Leaf parade ends with... 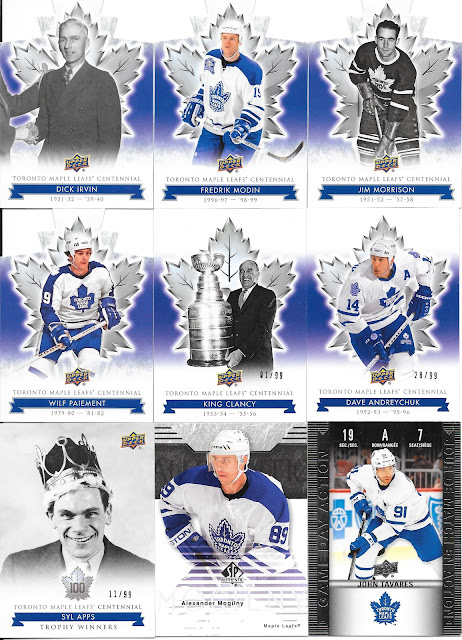 So four more die cuts and my first three SN to 99 parallels from the centennial set. I still have a bunch of short prints from the base set to collect (I have 51 of the 100), a bunch of die cuts (I have 33 of 100) and now I have 3 blue exclusive SN99 cards of the 200 from that parallel.

Yeah, not going to be trying that master set thank you, but still enjoy getting more from this set.

Another great bunch of cards from baseballcardstoreca who is also on TCDB.com with that user name.

I have a bunch of Jays to go through, but work has me slammed so, probably not until next weekend to share the baseball portion, but will definitely share as soon as I can!

Also - another set of cards to share from Jeff Scott's pile - 2002-03 Pacific. Pacific was ahead of it's time in design in a lot of ways. These cards and set have a good Upper Deck vibe.

First, there were a few insert keepers... 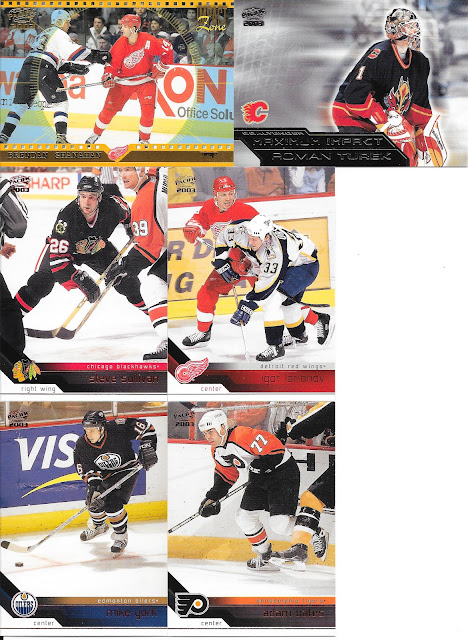 The red parallels are slightly different, as was done in Pacific, with the name and foil done in red instead of silver.

The insert sets here are alright with Impact Zone and Maximum Impact - an impactful duo of insert sets apparently.

The base cards looking for new homes (with most of them already finding one...) 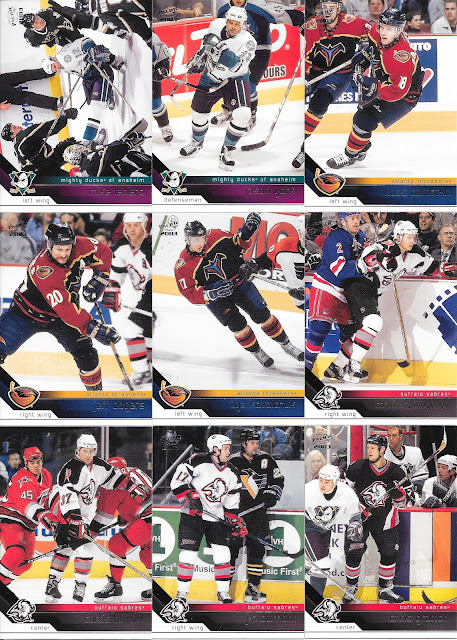 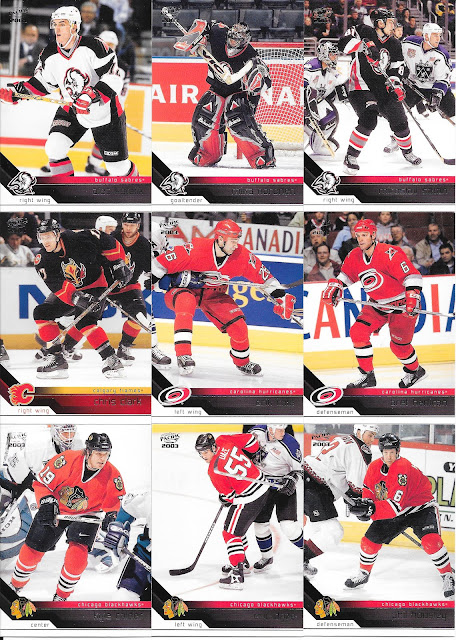 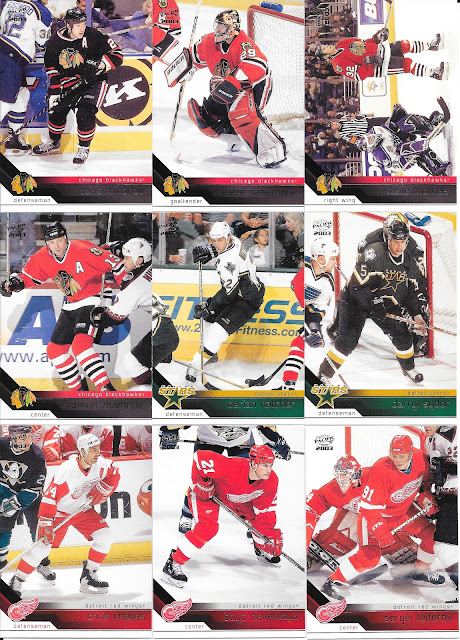 The design is pretty good, with minimal interference with good photography. 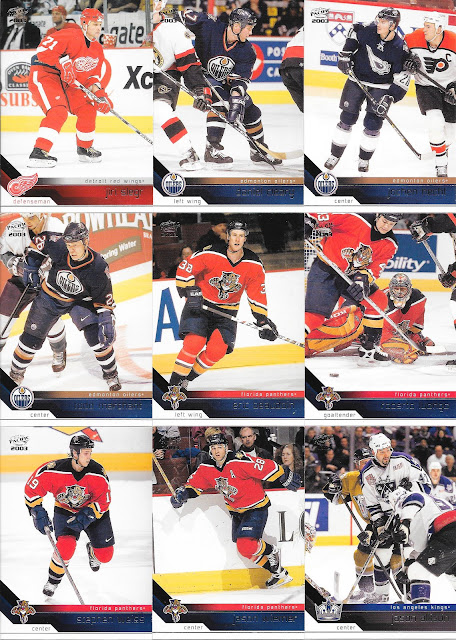 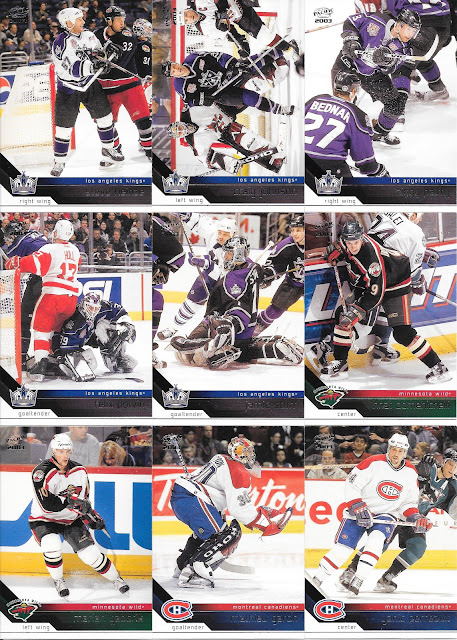 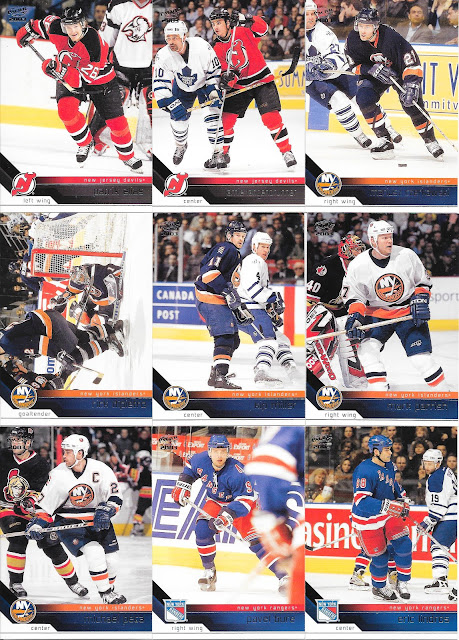 Well, no Leaf cards as I think I aready received most of them, but we do have a couple photbombing Leafs here. 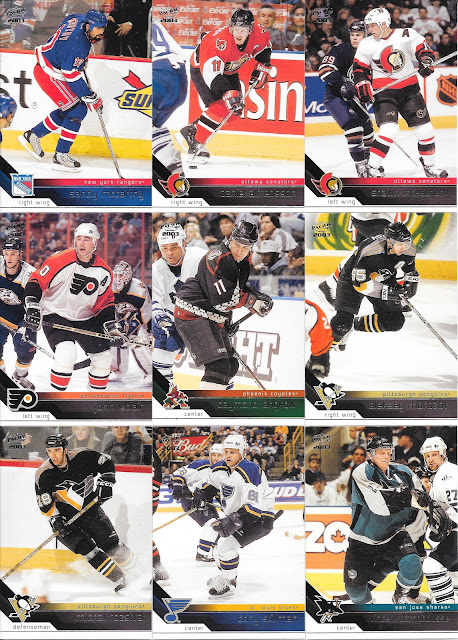 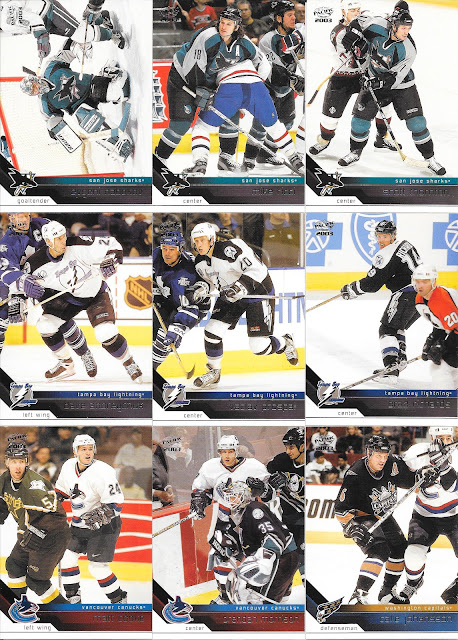 Not a bad set overall, and very Pacific in look and design, especially for a flagship set. I wasn't a fan of many of the uniform changes - like Calgary, or even LA with the purple and black, but many of these were a phase that were grown out of.

Thankfully.
Posted by CrazieJoe at 8:00 AM