With the odds being one in every 10 packs, we are right on pace with pack number ten having the first... 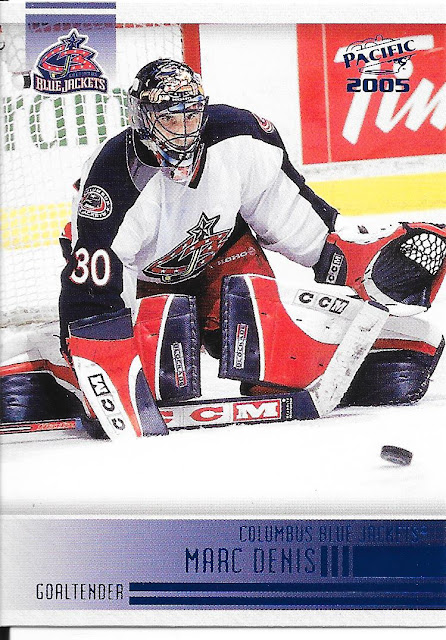 blue serial numbered parallel. They go for the older school type printing on the back, numbered out of 250. There are a number of teams that the blue foil would compliment, and although this isn't a Leaf card, Columbus is a solid one for having a good look with that blue and the team colours.
I will say, it does tend to have the issue of blue foil on blueish background making it a bit more difficult to read which, for this blind guy, isn't a thrill, but I can forgive it for being that little bit cooler.
As it turns out, this is a Columbus hot pack... 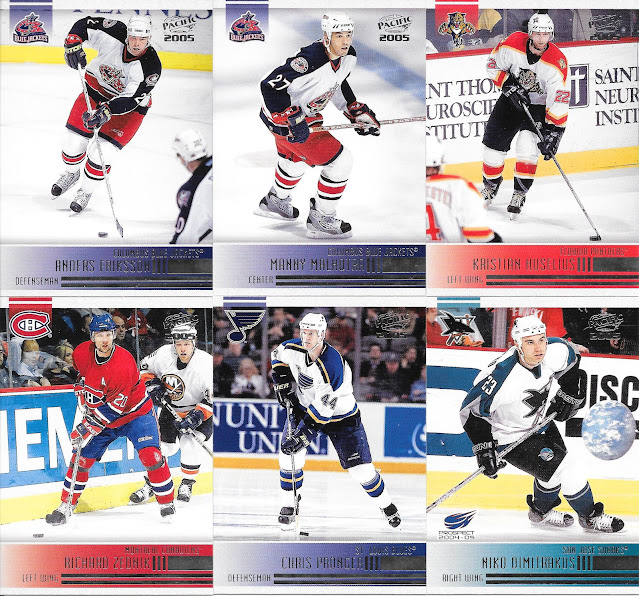 Almost half the cards in the pack are Blue Jackets - can't find packs with Leafs in those quantities unfortunately.
The best card has to go to Niko though, as it looks like he is about to be body checked by the entire world! Heh, discover this!
10 Packs, 70 Cards, 297 Points.
Finally getting around to sharing an amazing package sent by Jeff Scott (Jeff, if you are reading this, email me your home address as the longer this situation goes, the more I lean towards just mailing you a package in the next month or so rather than waiting until later this year). So this package starts with...

Can't go wrong with Wayne Gretzky inserts from the mid-90s. I personally prefer the Oiler related ones, though the King ones have their place. Can't get any greater than the great one though!
Then we get to... 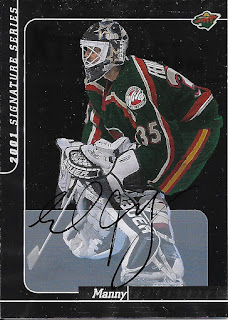 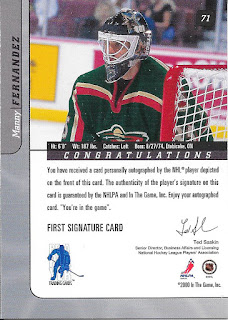 A first autograph card from 2000-01 Be A Player Signature Series - Manny had a solid career of about 15 years spent between Dallas, Minnesota and Boston. 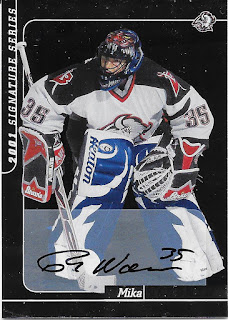 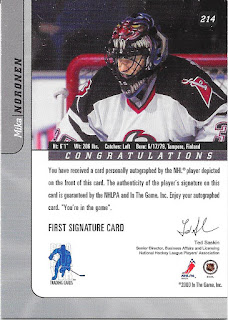 Mika didn't stick around the NHL as long, and after sputtering through a few years with Buffalo and a last go with Vancouver, he spent a good decade playing professionally across Europe. I do appreciate the autographs where they also take the time to add their number. 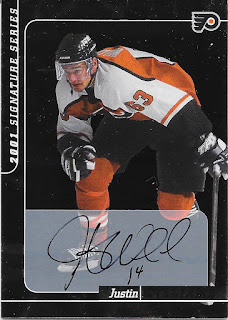 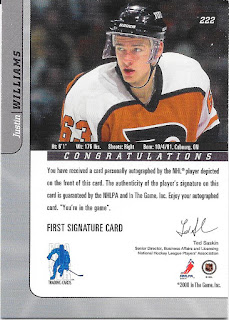 Always great to get an auto for a three time Stanley Cup winner (one with Carolina and two with the Kings). 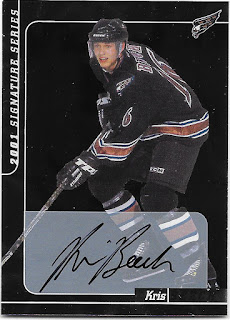 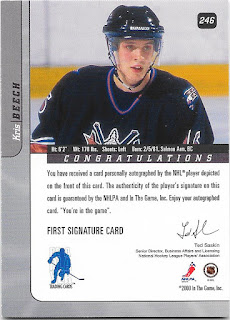 Kris really only had one full season in the NHL (Pittsburgh in 2002-03), but he did play parts of 7 season with 5 different teams). 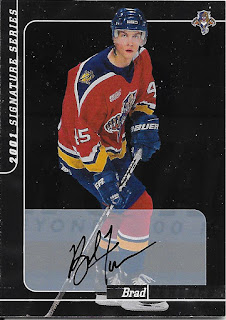 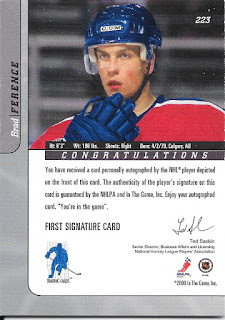 Brad spent a few seasons with each Florida and the Coyotes and was able to scrape back after a few years in the minors to get back to the NHL for 5 games with Calgary in 2006-07 before some time in the NHL, retiring the next year. 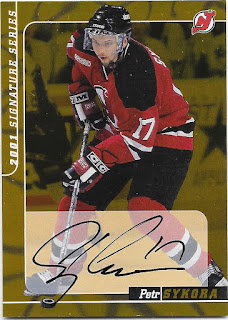 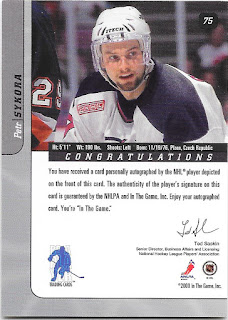 I don't think I need to say much and Sykora except he has a nice, loopy, signature on this Gold version. 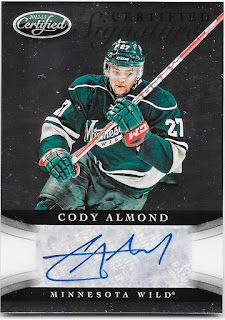 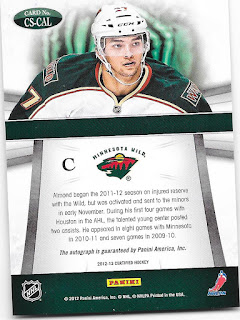 Cody scratched out 25 games with the Wild over three seasons, but has spent his time since in the Swiss league. 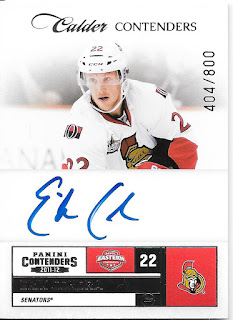 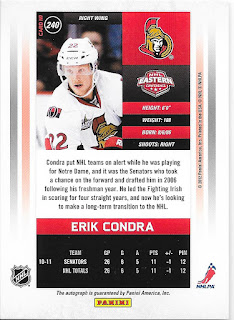 I am not a big fan of Contenders cards, but being serial numbered and a nice on card autograph of Erik Condra who had a decent run for a few years with Ottawa - works for me! 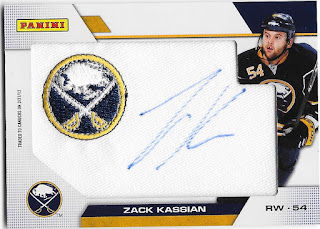 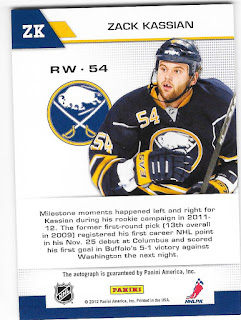 We end with a Toronto Expo only card with a print run of 49 cards that is an auto on a jersey. May not have been my best scanning job, but the card is so awesome that you can overcome my poor job to appreciate this sweet card.
There were a couple other cards that are on my TCDB Jeff Scott list and up for trade for anything Bruins that I can pass on to Jeff. It also worked out as I have placed an order with baseballcardstore.ca, which included about 100 Bruins cards to add to the cards I am sending to Jeff - so nice that he was thinking of me too!
Awesome package and many thanks as always!
Posted by CrazieJoe at 8:00 AM