So, one of the distinctions that has become a staple of making parallels for sets, is doing something with the border. A&G is not exception of course, and one of these is to add black decorative bordering to the minis. 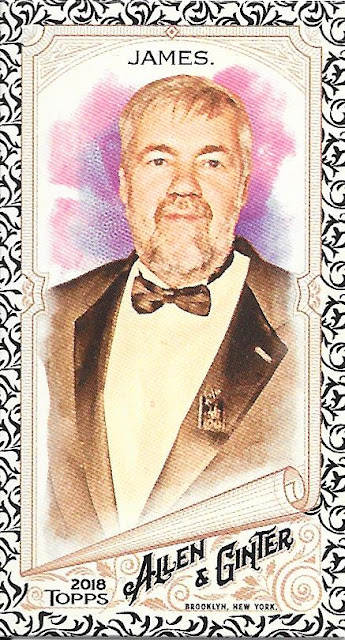 It is pretty looking, but not sure it makes a lot of sense on a baseball card. Luckily James is a writer, not a player, but either way, as pretty as the border is, it just doesn't fit to me and may be even a little boring.
Again, don't get me wrong, I like the design, but find it out of place enough that it doesn't help make the card anything more. Maybe a Tigers or Yankees fan may have different feeling about it with the black being more suited to the team colours. 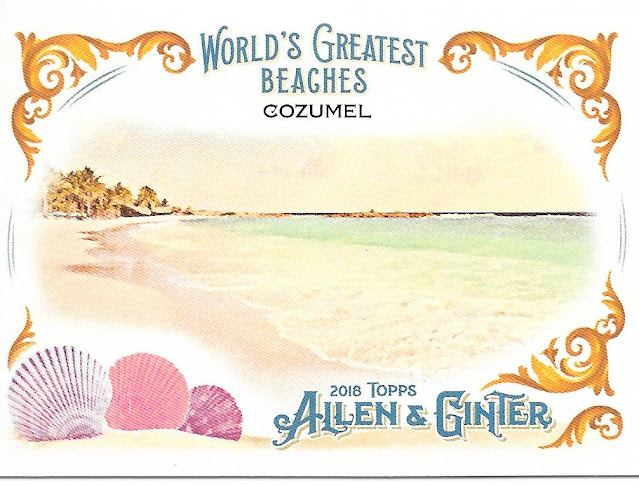 Hey! A place I actually have been - that was unexpected. That's where my wife and I went for our honeymoon...wow...15 years ago now.

It's a nice enough picture, but it can't do justice to the beaches which were amazing. I like the shells border for the set - fitting enough. 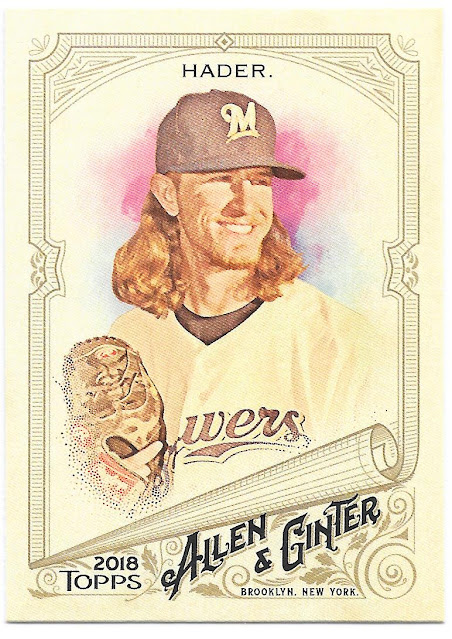 A nice short print of Hader and for the rest of the base cards...

For my own collecting purposes, I'd rather they throw Frank in a Jays uniform, but he will always be a White Sox player through and through/