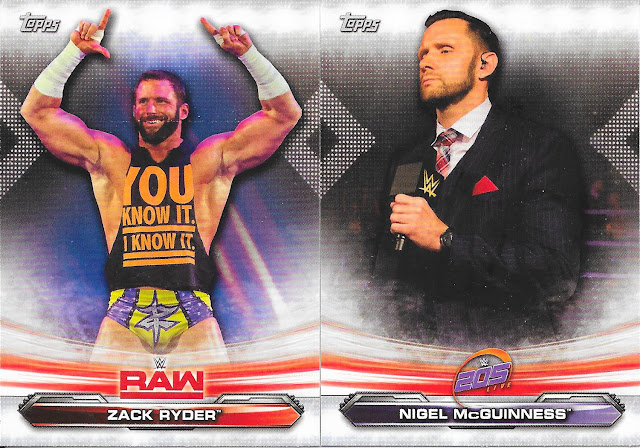 you know this is the first pack with some dupes, but not these two. With a 90 card base set and 168 cards, even taking out 2 per pack for inserts, it's still 120 cards, so there is bound to be some dupes - just hoping that the one hobby pack a kept is all base dupes by time I am finished. 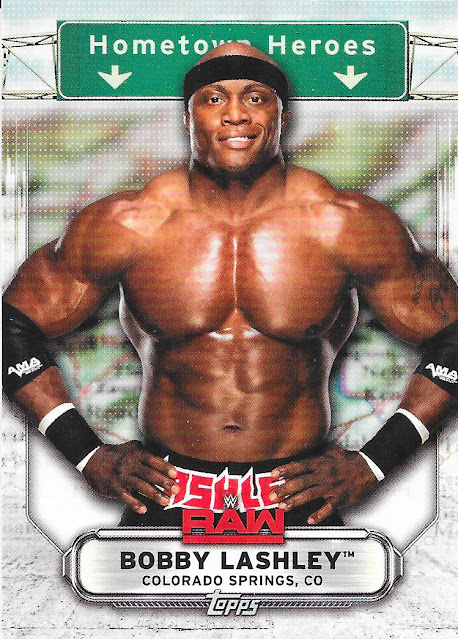 Still wonder why it took so long for WWE to capitalize on Lashley being a beast like he was on Impact. He can be solid as Lesnar light - he isn't quite as beastly, but can pull it off solidly, especially without Lesnar to compare it to. 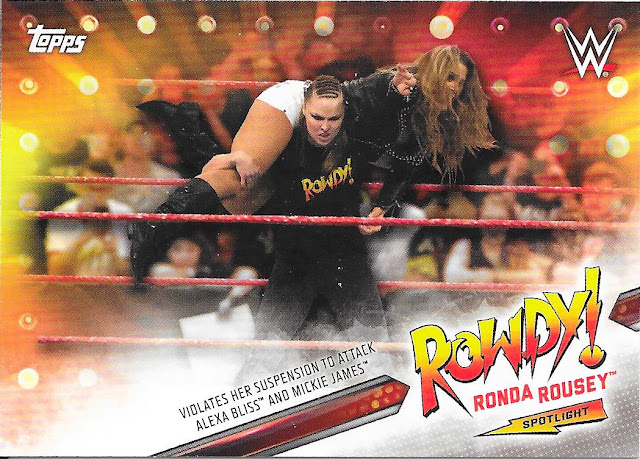 Speaking od Lesnar, booking Rousey like Lesnar was not a bad thing. I think she gave a bit more than she needed to in some of her matches and could have been a bit more beast-ish, but a small complaint for her run overall.
As for dupes and beasts...

highlighted by the bald animal.