Hooray A Jay and Finding Completion

Took long enough to finally pull a Jay from this box, even if it was a second copy. 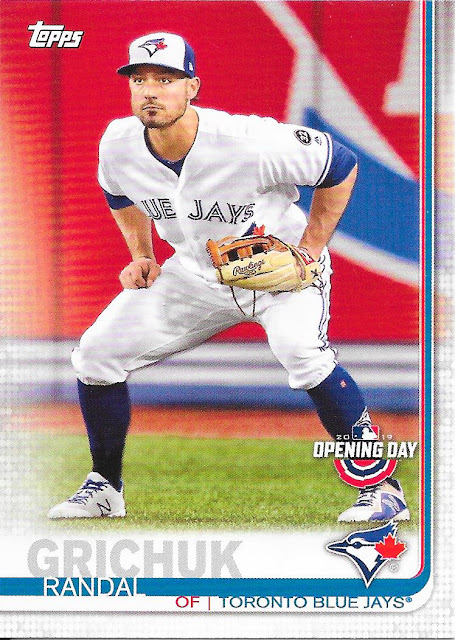 My scanner seems to not be a big fan of this set as you can see some of the lines running across which are just from the scanning, but it's emphasized a bit more on the left side with the lighter colouring - it is on the card, but not as emphasized.

The rest of the base cards (also all dupes)... 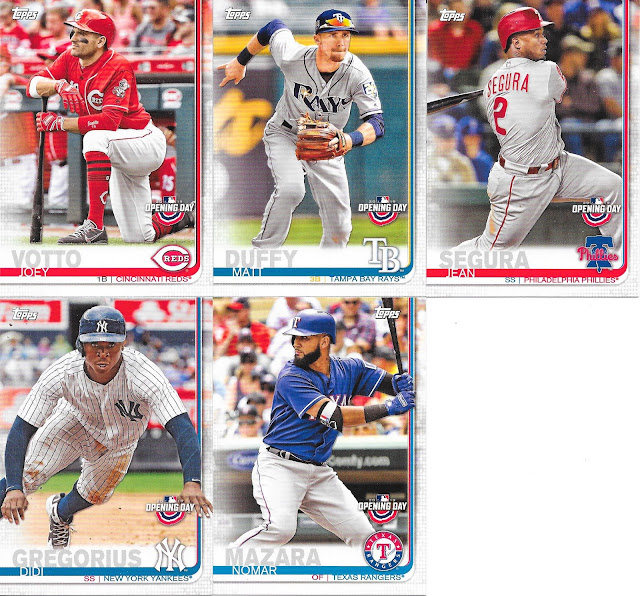 and yet another Votto - the fourth one I have picked out of packs now - crazy.

At least the last insert is also new...and a legend... 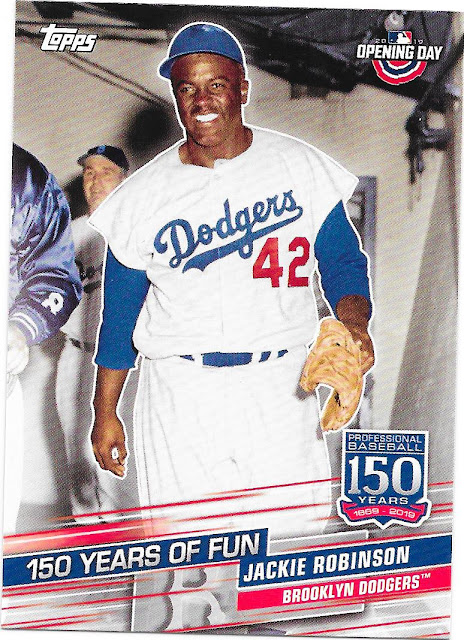 Can't say enough good about Jackie, and though I never got to see him play, he is someone I have read a couple books about and wanted to understand the career of given his unique experience and tough times in leading the way into the major leagues.

Definitely deserves to be in this insert set as well from what I have read about his love and enjoyment for the game.

Topic two for the day...finishing a couple sets with a trade. Not long ago, I finished a box of 2019 WWE Raw which left me a few cards short. Well, I was able to quickly find someone who was able to, through the magic of TCDB, finish those sets off for me.

I hve flywheels to thank for these... 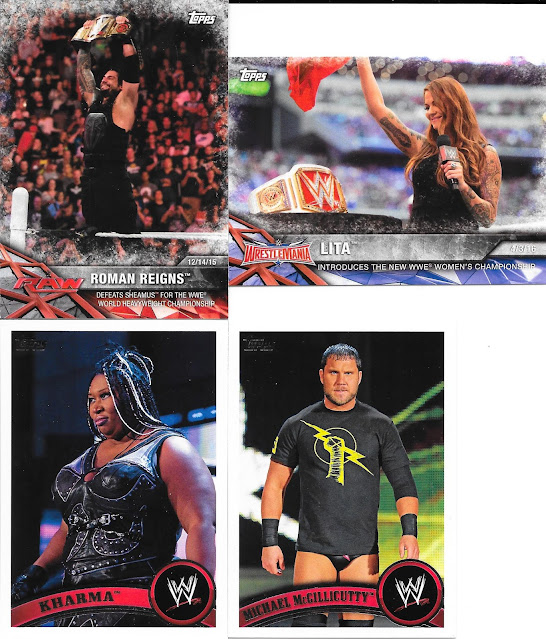 With the Goldberg and 4 base cards, I have the legends insert set of 20 cards, and the 90 card base set all done and wrapped up. Nice sets overall too, so really happy and probably one of the quickest set build and completion I have ever had!

The other trade cards were nice too...had to try and stretch the postage a bit instead of just being the five cards.