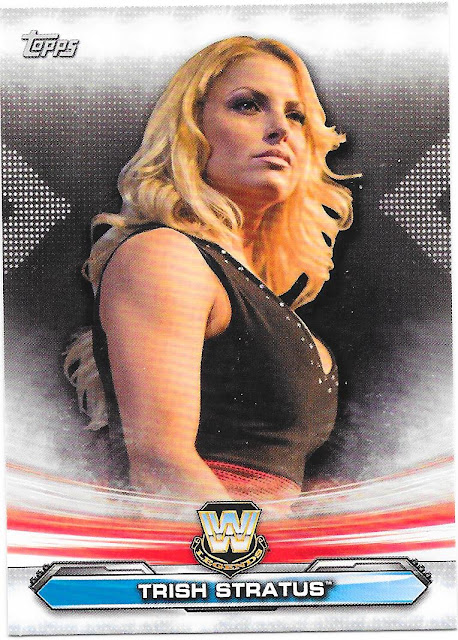 Hard to believe it has been almost 20 years since her debut. This card notes that her second Championship was in May 2002 in Toronto. One of those comments you read on cards that instantly makes you feel really, really old. 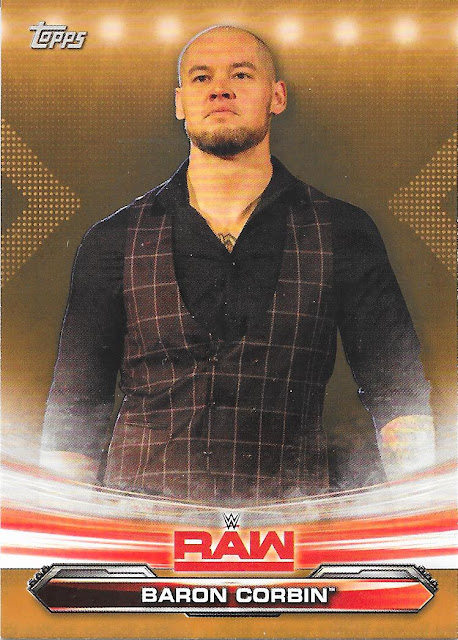 Someone else that makes me feel old as watching his matches seem to last forever. Unlike Randy Orton, who I think gets a bit too much flack for not putting effort in (sometimes it does appear that he is calling it in, but it's a choice as, when he wants to go, the man can go), Corbin just feels boring to watch. Maybe it's just me.
Side note - if you want to see the best scoop powerslams in wrestling - Randy Orton and Golddust / Dustin Runnels - so crisp and tight they just snap them off so smoothly. 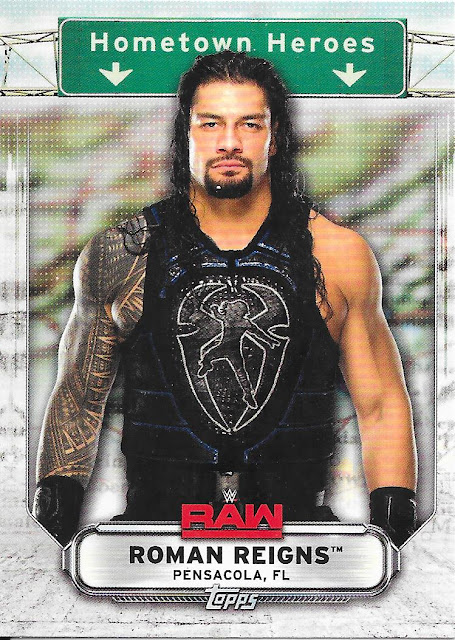 Speaking of smooth - thank goodness they did the heel turn a few months ago with Roman, gave everyone a chance to do what they have wanted to do for a long while, boo the man.

Lastly, these bring the missing base cards down to a mere four... 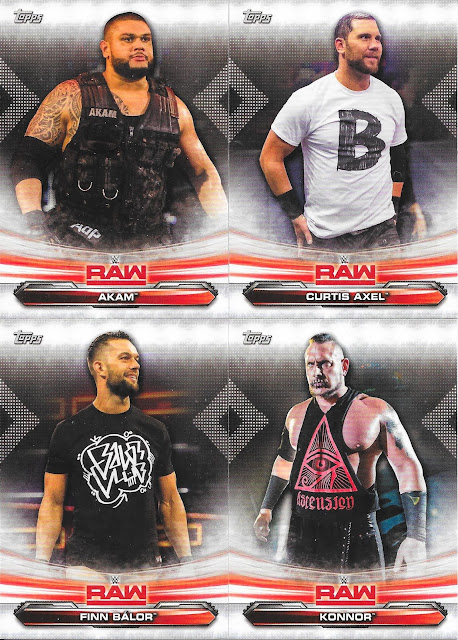 With three packs left, should have a good shot of finishing the base set off, even having pulled a pack aside to keep.