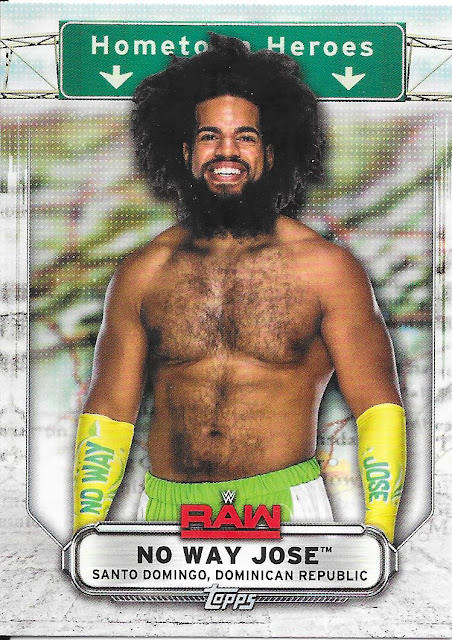 Also, another case of a wrestler who had his best WWE days in NXT. Jose just seemed to get lost on the main roster. He was a weaker Adam Rose / Rosebuds type act and hit the same ceiling where he just wasn't taken seriously, so never made it to anything more than the low card on the main roster.

A shame as he seemed to have some talent, could see him as a solid mid carder. 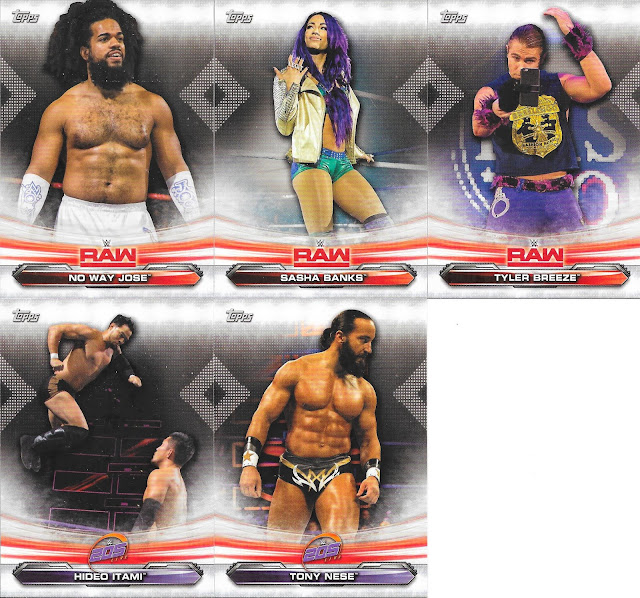 There's the base No Way Jose to make it 2 for the pack. Also has him with Breeze and Itami, two more talents who had better days in NXT. Sasha luckily broke through that mold - in part due to the women's revolution as it were.

Speaking of people breaking through... 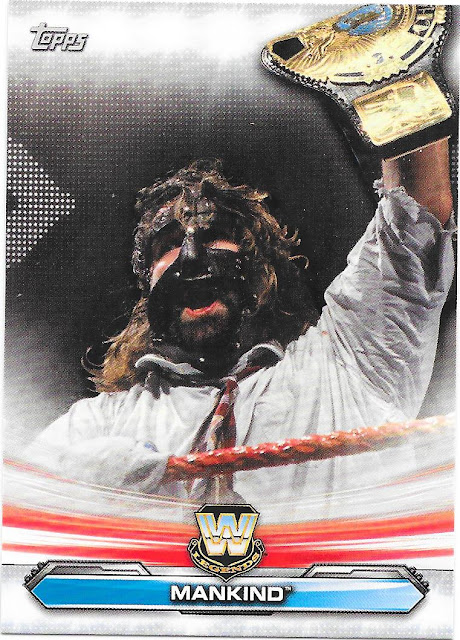 One that, even to his own admission, had no reason to be a top star as he wasn't the most athletic or best technical wrestler, but he would make guys look great and take a lot of punishment.