This is one of the very first sets I actually had complete. I bought the set myself when it was fairly new, at a flea market, for $10. I believe I sold it a few years later for all of $12 (but hey, I made a profit!).

When I got back into collecting sports cards again in 2012-13, I picked up a lot for $80 (it was a large Rubbermaid bin that had a number of complete sets ), and this set was in it two times over. I kept one, and sold the other (again for $12 - nice to see no change in prices over the years).

So today, instead of breaking the out into a week of posts on a set I have seen a lot of, and have complete, I am just going to highlight the keepers which are Leafs and uncorrected error cards.

All in, there are about 400 cards from the set, so the vast majority are not sticking around. It wasn't a complete set though, so I don't feel bad about plucking out cards to keep.

With so many cards, the Leaf pickups were close to the entire team set - though one I figured was missing would be Wendel. 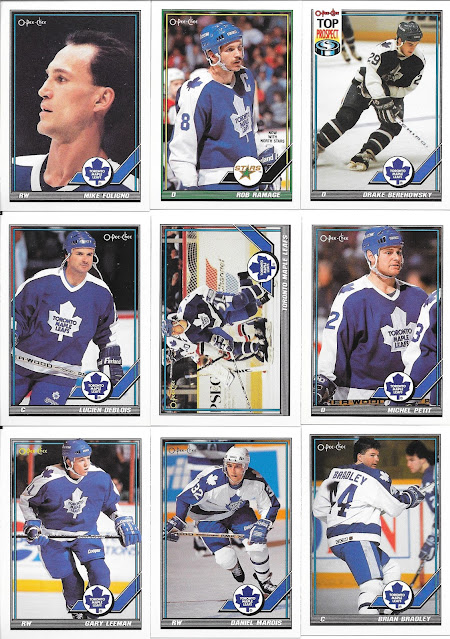 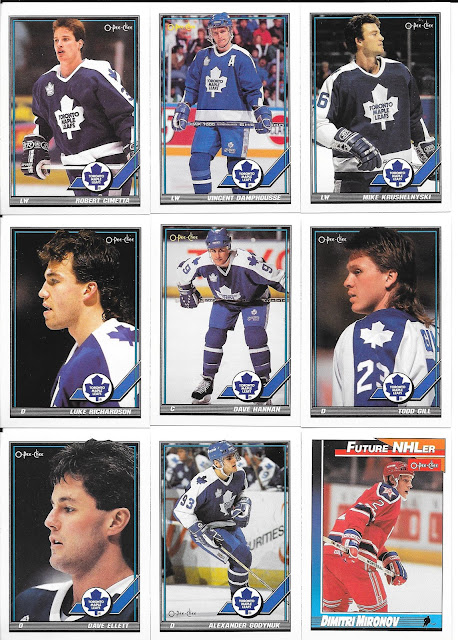 I had considered the team set complete at 22 cards, but had to add Ramage in for my purposes. I do collect Leaf uniformed players which are listed for the "new" team, so that was a solid addition here.
The one thing I learned today - this set has more UER cards than I remember. 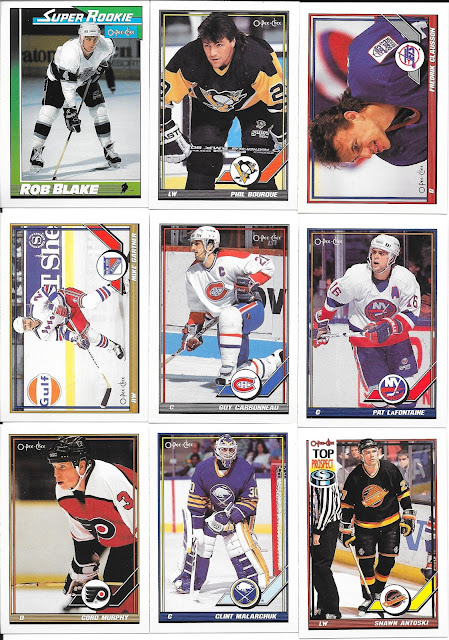 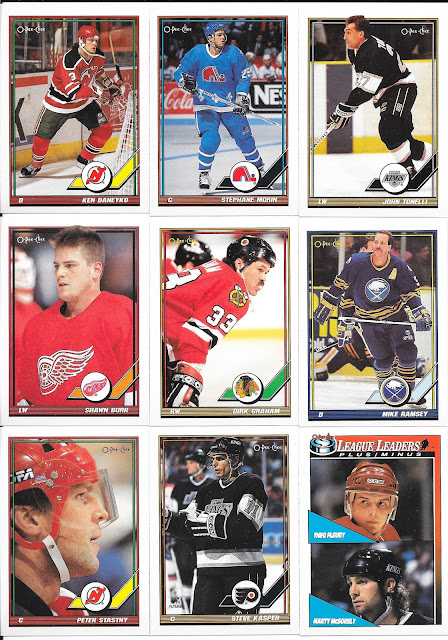 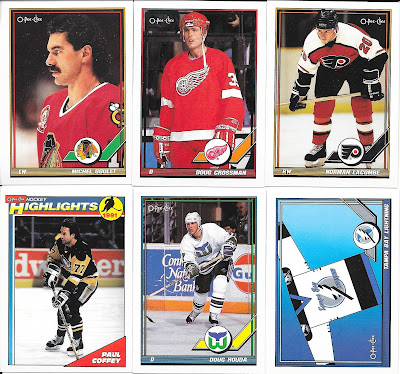 Goes to show, even on a set that you see a lot of, you may not see everything this first, second, third, or 50th time through! 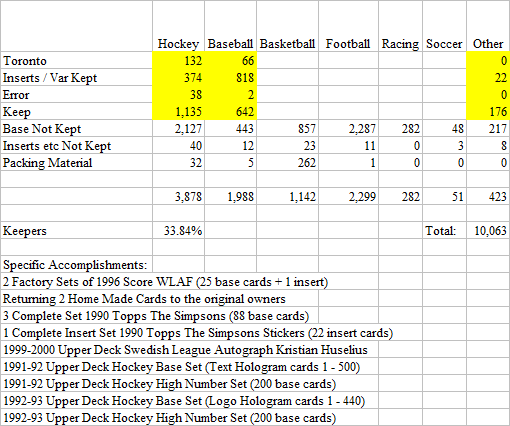 With that, we hit the 10k mark, and I'd say we aren't quite half way yet, but getting close...maybe.
More than happy so far with the "keepers", and if nothing else comes out of it, over 3,000 useful cards for $60 would be good right there, so definitely a win. Especially considering the high number of inserts and parallels - specifically the Topps Gold baseball parallels from early on,
As for what else I would like to see...be awesome to see more McDonalds hockey cards, maybe some other quirky non-sports cards as, even though I don't collect them, I find them interesting to see and pass along.
Posted by CrazieJoe at 8:00 AM