So in pulling the cards for today, I looked back and had to add another set to my slow collecting because, with the cards from today, I have the set over 40% complete, instead of just collecting the Leafs.

1994-95 Score is a 275 card set, and one that I thought may end up being a collectible set. I don't mind the set at all, it's just I never really had much of it before so it wasn't worth trying to start from scratch. So I went back, pulled together what I had before today, updated my summary as if I had kept those prior cards, and here are the additions for today. 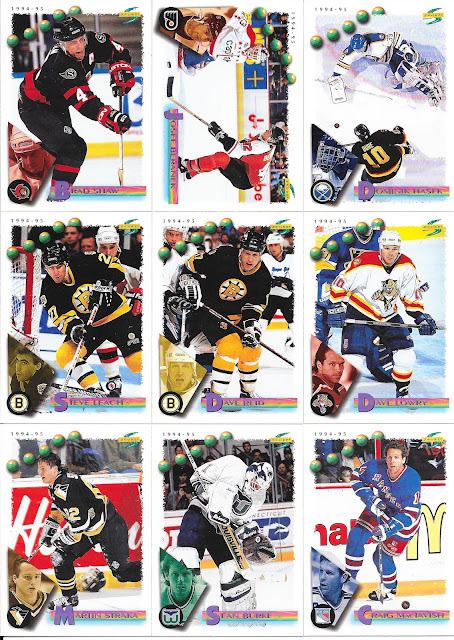 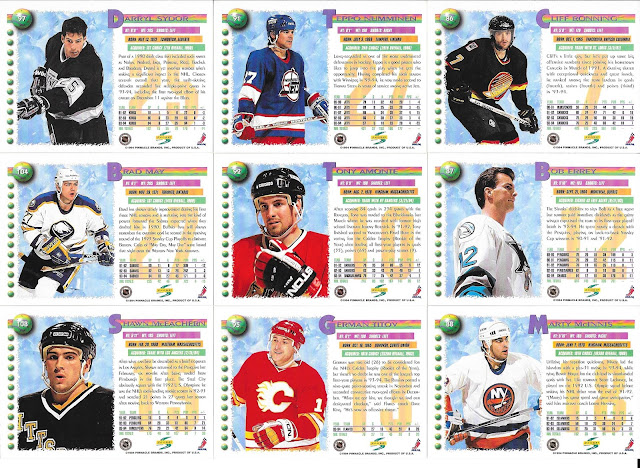 Even though I find the accent colour scheme to be lacking (pink, purple, green and orangy/yellow), I do like the overall back design and getting a solid second photo (well, third really as the front has the small face pic on it as well as the main shot), different from the front.
Heck, the background jersey number is a different and cool little touch as well. 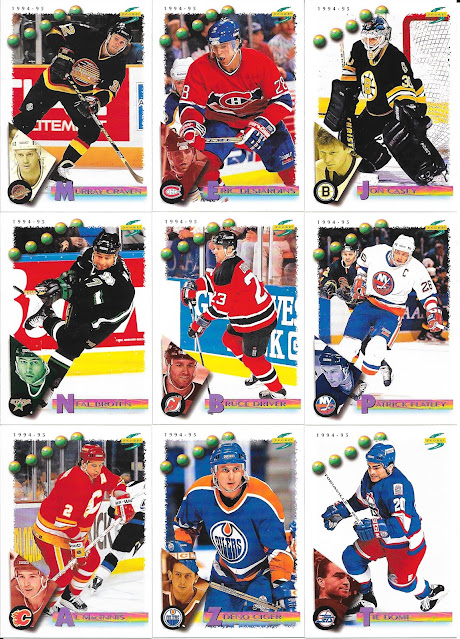 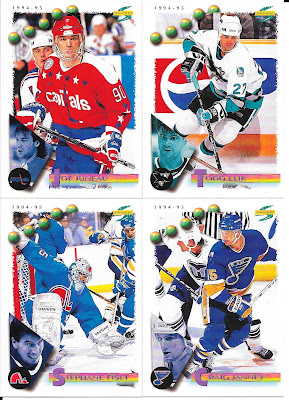 I like that Fiset has his upper arm up trying to stop the floating design balls/spheres from getting to the top of the net. Those 5 balls are so pointless to me in this design.
These aren't pointless though...

A trios of Leafs which are all dupes, but will be needed for the set build anyway.

Still, a few dupes due to the earlier show up of these cards now being in my collection... 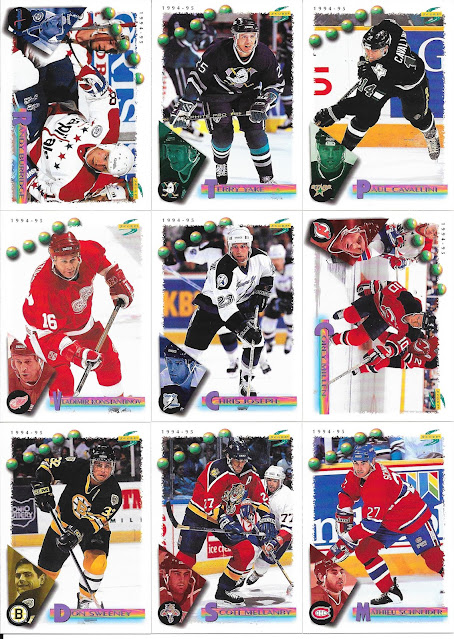 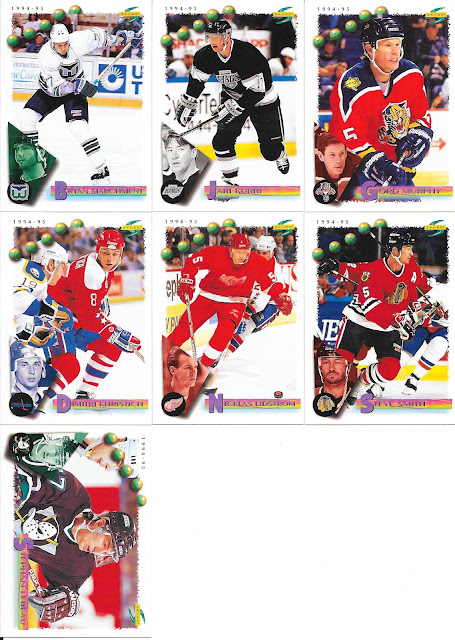 Overall, a decent enough set which, because of the smaller set, I should hope to be over half way on before this lot is said and done. 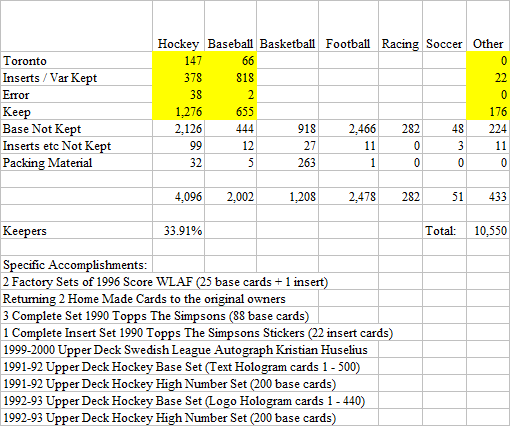