With the bunch of cards yesterday, almost 100 cards today, just to round out the total cards to date as I like that being at a nice round number (and then taking 50 a day). So, many cards to go through, but one - well two copies of one card - that definitely go into the interesting/unusual category. 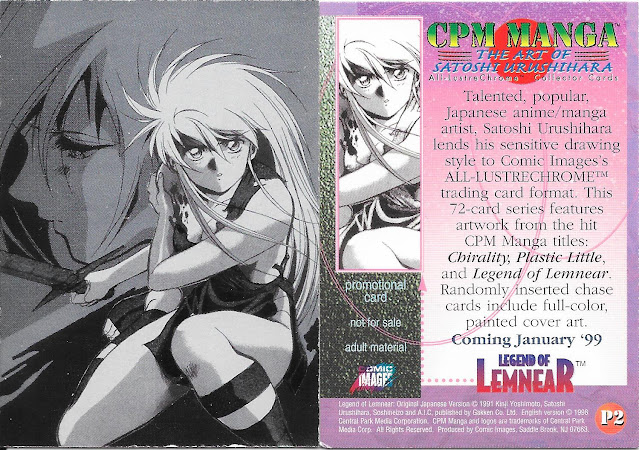 Here, the front and back of the promo card for a 72 card series featuring artwork from a few different Manga titles. Manga has never been my thing. I know about it, know a couple titles over the year, but never really read anything or followed any of it.

As it notes, the artwork covers a few titles including Legend of Lemnear, which is the title the pictured character is from.

As this promotional card notes, the 72 card set is adult material. Taking a quick look at a few of the 72 cards by way of internet search, yeah, a fair enough comment.

A very interesting couple cards - a shame that the condition isn't better, as you can see the chipping at the bottom, but the cardstock itself is really heavy and nice, for what that's worth.

So - back to cards I may actually keep... 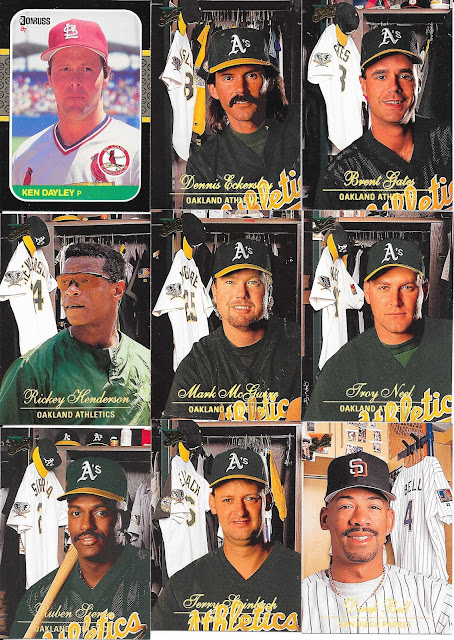 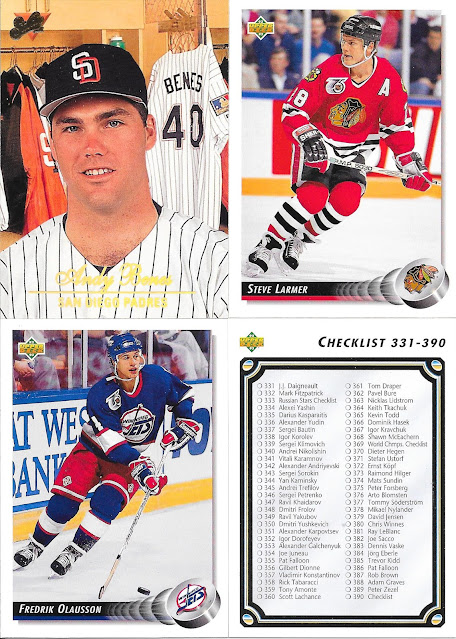 We have seen a few cards from 1994 Studio, so I talked about really liking this set, and here we get a bunch of A's - the A's, for the most part, I disliked as a Jays fan.
I have to say - Rickey Henderson, as always, stands out. The rest of the group look like they could actually be in the clubhouse with the background - whereas Rickey, shades and all, just looks weird. Can't work with all the cards I guess. Maybe Rickey didn't want to pose for the actual card so they used what they could?
The 1992-93 Upper Deck cards are variation related to the hologram as I do have the complete set, but that variation is also on... 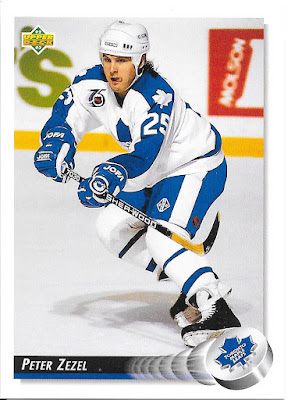 which makes that Zezel the first I have with the variation hologram with the Upper Deck logo...small wins are nice.

As for the rest of the cards...there's plenty... 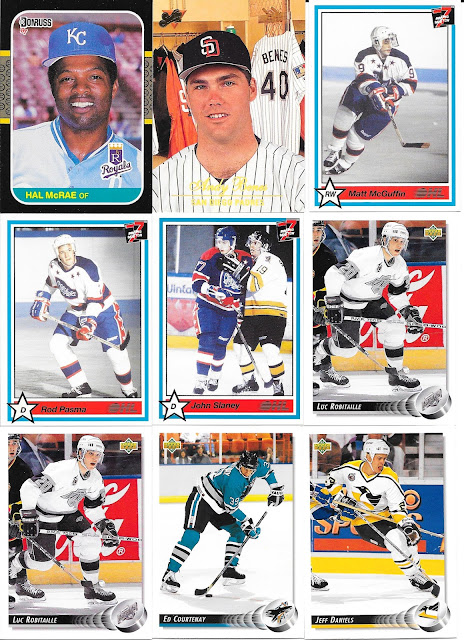 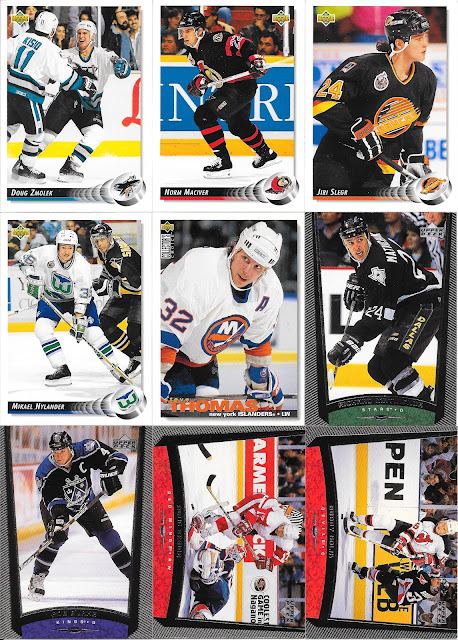 I think it must be the border again, Ialways want to call the 1998-99 Upper Deck flagship set a Black Diamond set. 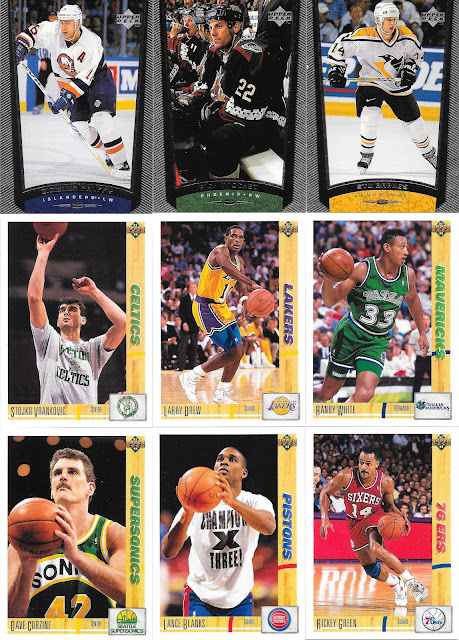 If you like "junk era" basketball, we have a good run of cards from the Upper Deck base set out of 1991-92 - though it has been nicely picked over causing some holes. 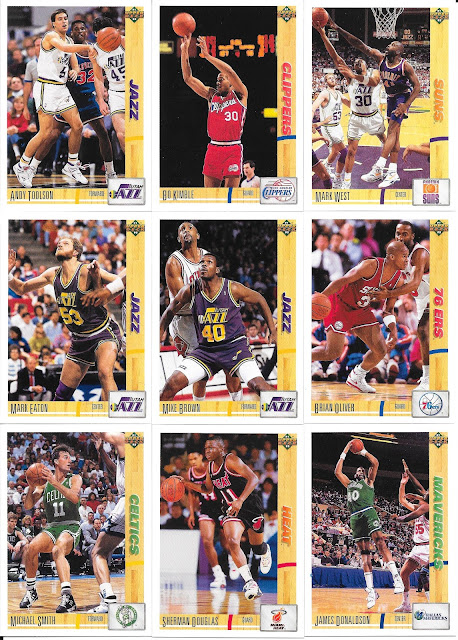 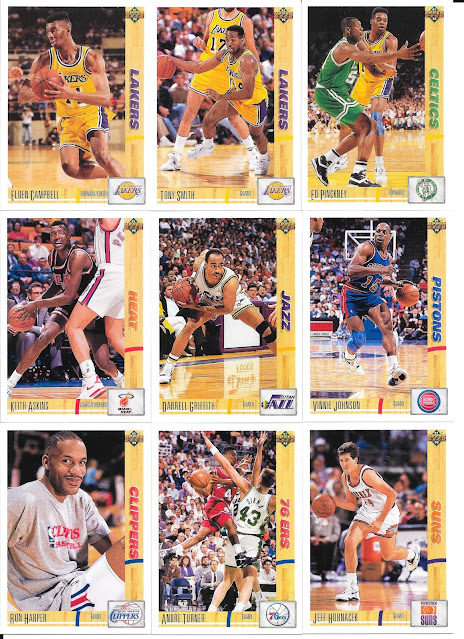 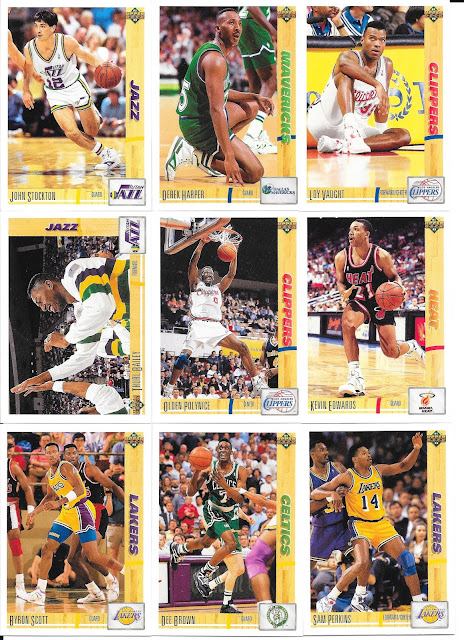 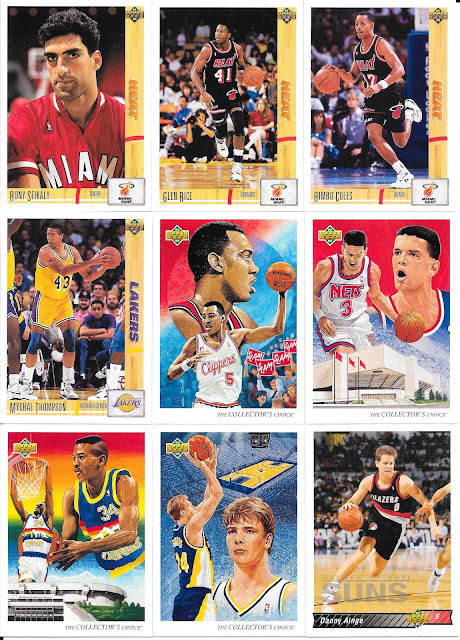 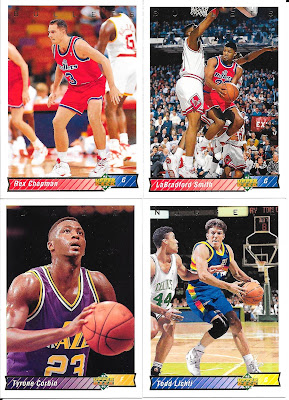 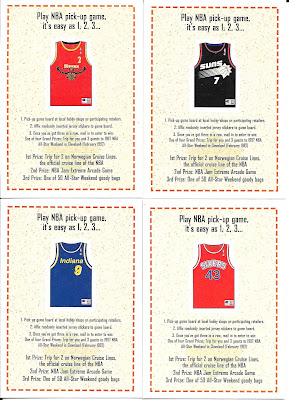 Okay, these cards are a bit interesting. These are out of 1996-97 and are inserted in the Upper Deck flagship release, providing a collect and redeem game similar to Monopoly at McDonalds.
I had never seen these before, but that's part of the fun in getting card lots like this. 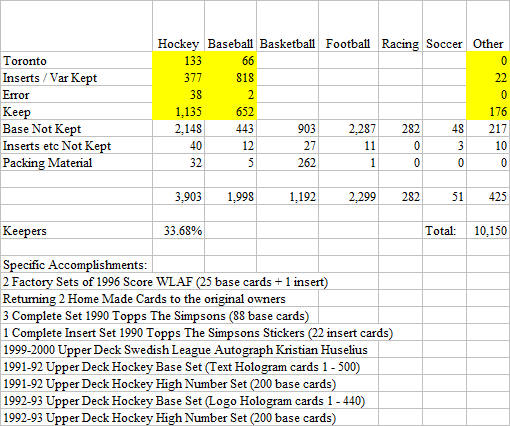