Print Run To The Majors

I really like serially numbered cards. I don't know why having the number on a card really makes a difference. A base card only has so many copies to, you just don't necessarily know how many, and a number like 123,657 of 5,294, 901 probably doesn't matter to collectors as much, and would take up half the card.

That said, we sometimes see a print run " 1 of X" used. In this way, they don't have to print or stamp the serial number on each and every card, just print X of them, and you are good to go. I can see the draw, especially for minor league sets as it is the cheapest way to get that kind of insert.

Why do I bring this up? Just wait a little bit... 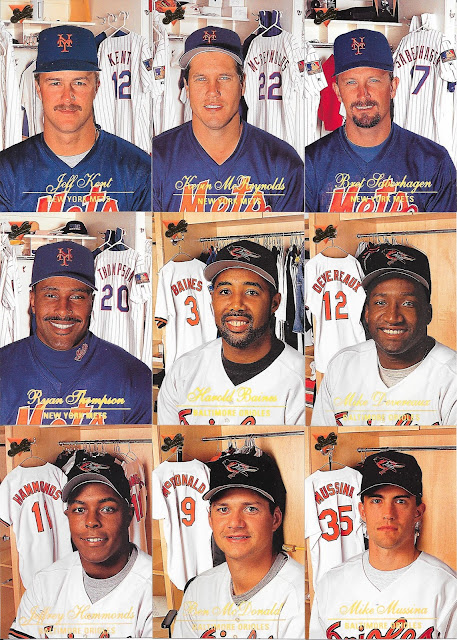 We get another dozen new Studio cards circa 1994. I wonder why the large variance in the number of hanging clothes in the lockers (compare Mussina to Baines for example).

The next cards are the skirt of what I keep as a collector. 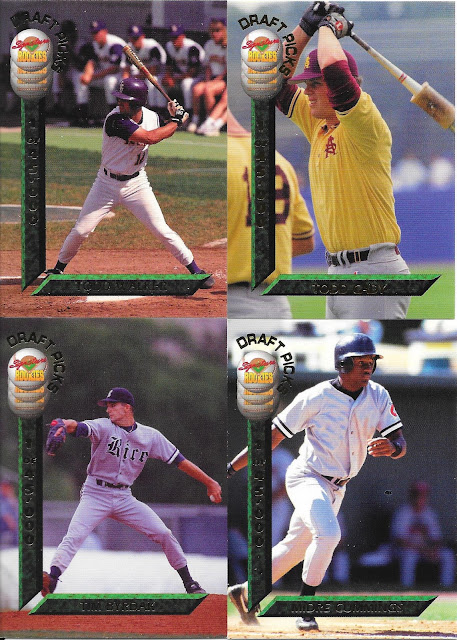 I am not a big fan of minor league cards, and draft cards are close enough, that as long as they do mention why they were drafted by (rather than being prospects for the draft), I will keep the card if it is a Jay of an insert type card. Since these cards are noted as a one of 45,000, they get to stay around. Not sure 45,000 was ever a "low" number for such things. 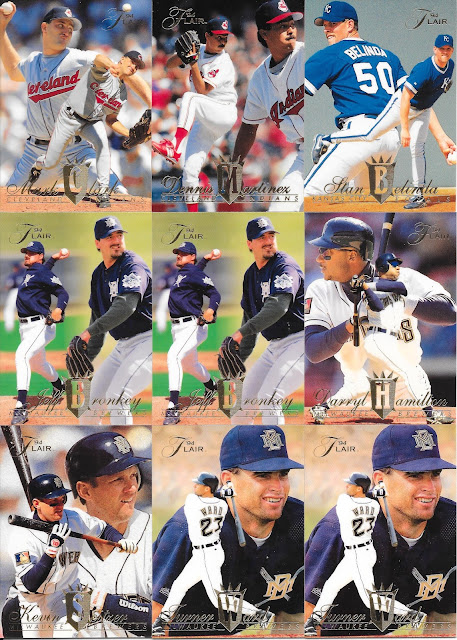 I am keeping an eye on 1994 Flair. I do like the set, but want a good start if I were to collect it.
We also have some more print run cards, but are very much minors related, so won't be keeping. 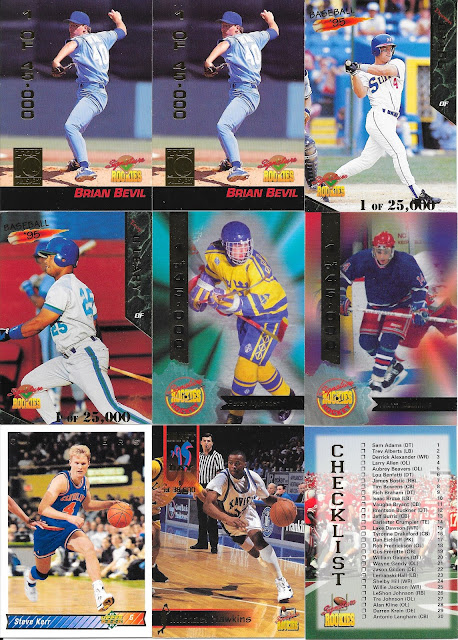 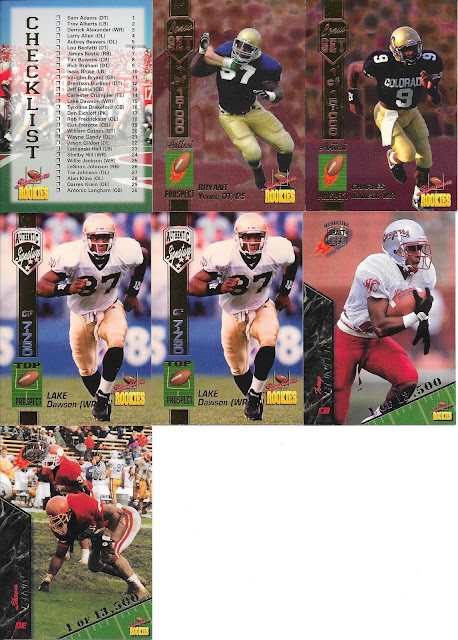 I will draw attention to the two Lake Dawson cards which are of 7,750. I think these are really cool having looked them up. These are autographed cards which have the serial number and autograph put on the card, however these two are copies that were never signed and SN'd. I can only surmise that extras are printed incase they are needed, and eventually the company goes under, and those types of cards are sold/moved, etc, but still really cool to see. 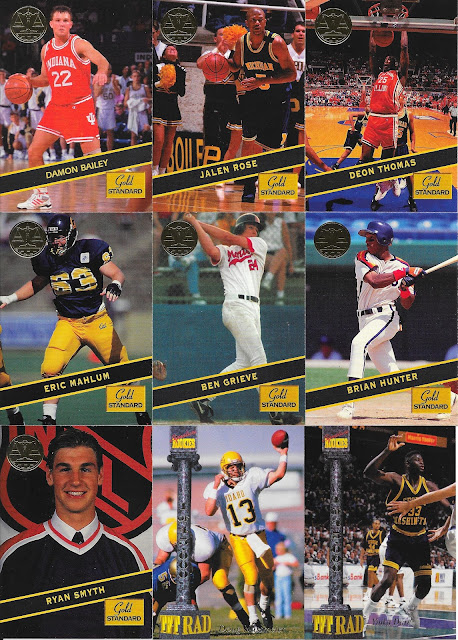 We end with a couple multi-sport sets )the last being a couple more print run noted cards.
Personally, Ryan Smyth is the biggest name I recognize from the lot, but again, minor league cards, so just not my thing, but a whole bunch of cool cards to look over today. 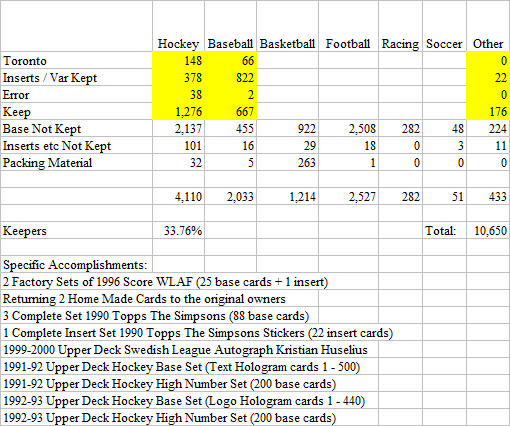