I'll share the cards from today's pull as usual, but then thought I'd do a "where we are at" with the summary below. Specifically, I'm curious where I am at compared to the Santa Lot, and if this is better or worse so far, as I know it is going to be bigger regardless. 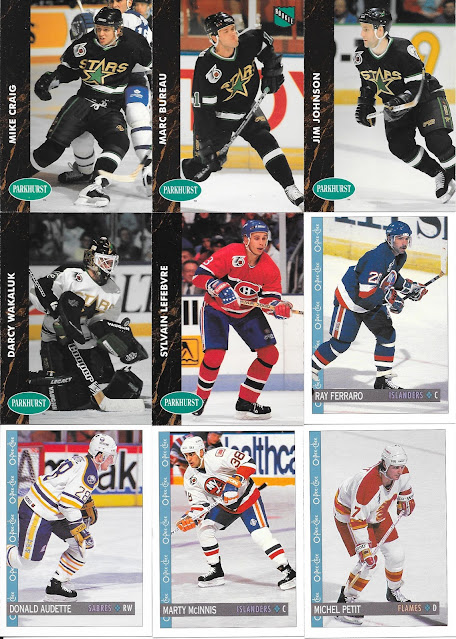 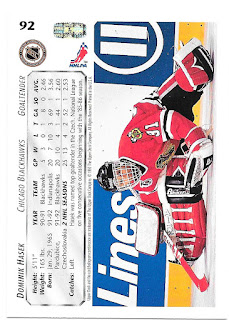 The keepers help, always love moving sets, and the 1991-92 Parkhurst set has been long outstanding...since about 1991-92 actually.
Happy to pick up the Hasek card - another one of those I don't expect to see as it appears goalies and Hasek cards otherwise are somewhat depleted in the lot compared to everything else, but looks like one at least got through, and the dual hologram (text and logo) such that I keep it. 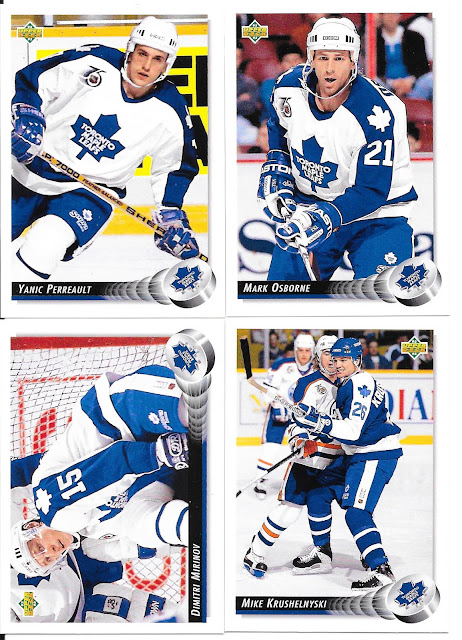 Well  if I am going to see much of this set, might as well get some additional dupes. Dimitri wins out of the four, for most copies in my collection as this is the 10th (others are 4, 4, and 7 for Yanic, Mark and Mike respectively).
The rest... 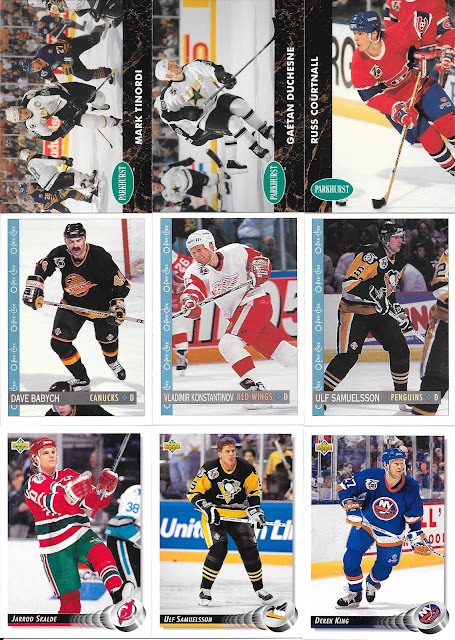 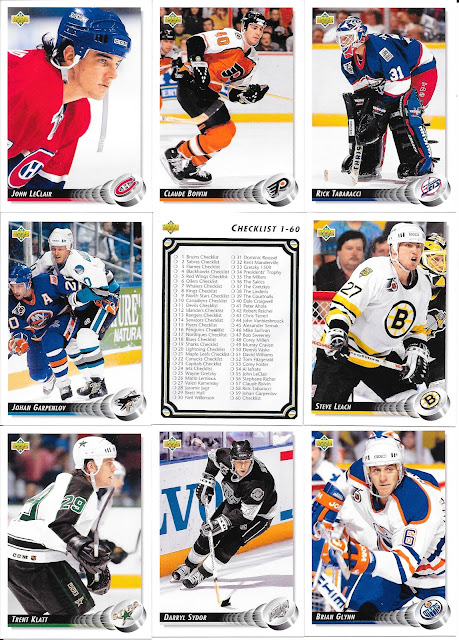 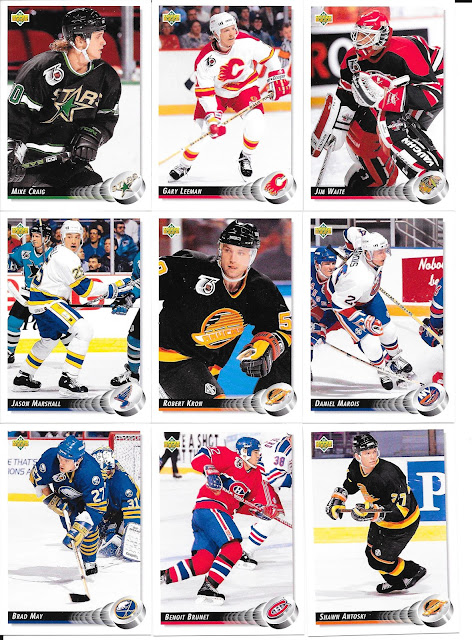 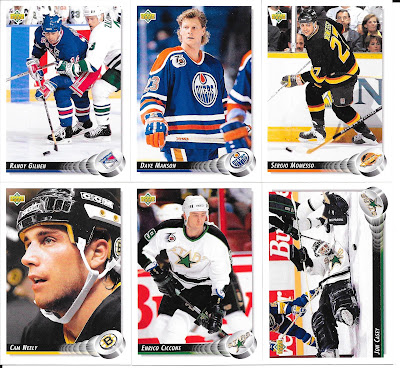 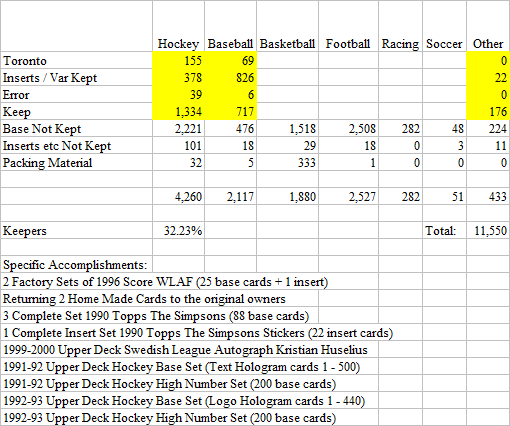 So, in comparison, the Santa Lot was just shy of 13k cards in total, and keeping in mind back then, I would keep one of any baseball or hockey card I didn't have whereas now, I at least have a list of sets I collect rather than "everything".

Inserts and similar, I have blown out of the water compared to the 457 from the Santa Lot - heck, beat that just from the 1992 Topps Gold set keepers.

Error cards, I am already ahead from just the 1991-92 O Pee Chee set alone almost.

As for the overall baseball and hockey keepers - all in - I am just a little short - I'm actually ahead if for the keepers, you include the non-sports stuff I am keeping.

So verdict for this is, the 20 in 20 Lot is a better lot overall in the content and use to me - don't think that can really change, even if most all the rest is stuff I pass on, don't collect, etc.

Still - will continue to be fun to go through!