I honestly never mind when there are dupes of this kind...

To be honest, the third isn't actually a duplicate as it is the alternate hologram card which I actually didn't yet have. I don't have a big care for such variations, but will absolutely track them if I know about them, and keep them and treat them as separate cards for my Toronto collection. 1992-93 was the year he came over from Calgary, so these cards are the first with Toronto stats on the back for that half season. 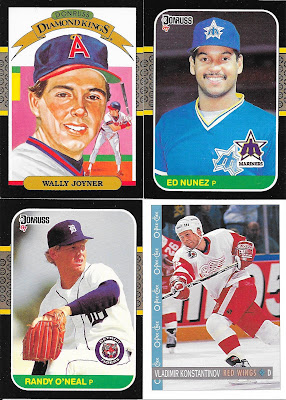 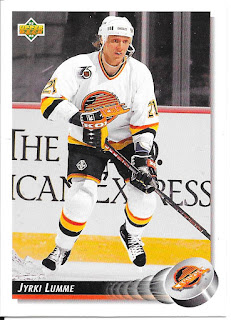 As for Lumme, I will slowly continue to build for the master base set (if you can call that a thing), to collect the variations of the hologram where they exist. I'd keep them anyway as variations, so might as well make more of a goal for it!

Plenty to not keep today... 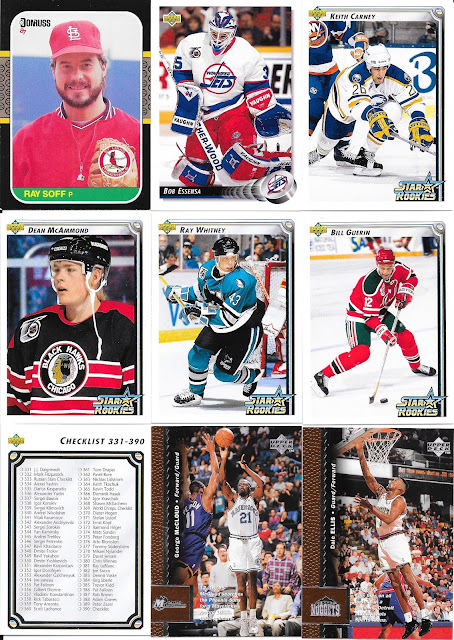 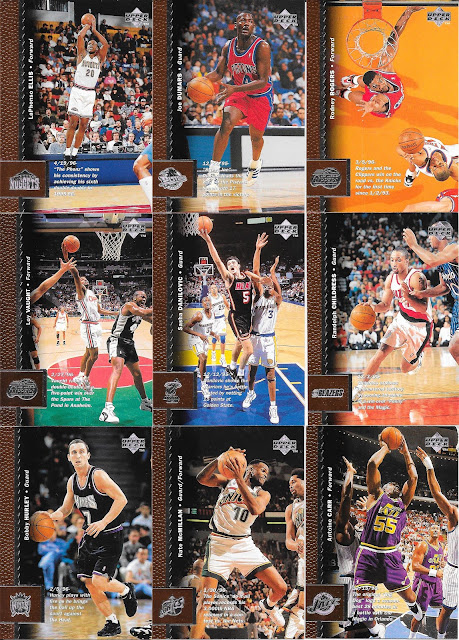 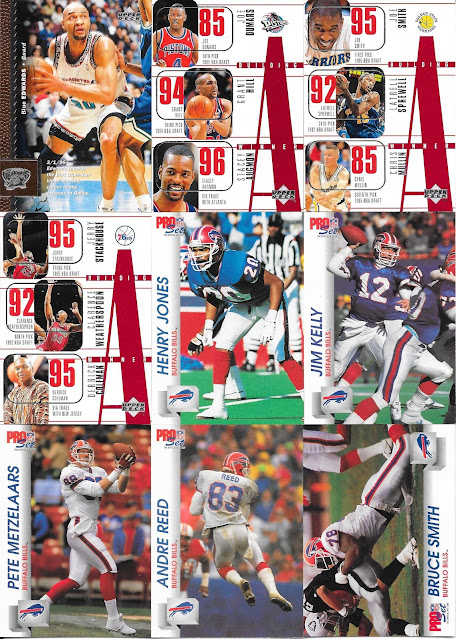 I think these are the first "building a winner" subset cards for 1996-97 Upper Deck Basketball which are a nice way to put a quick subset on teams looking to improve and build with younger talent I guess.
Then we get into what I believe are the first 1992 Pro Set football cards. Being Pro Set, it's a big set as usual for Pro Set at 700 cards. We at least start with "my" football team...well, only one I ever really followed in the NFL at this point after the 49ers in the late 80s, the Buffalo Bills. Jim Kelly, Andre Reed and Bruce Smith - that was their core for sure. 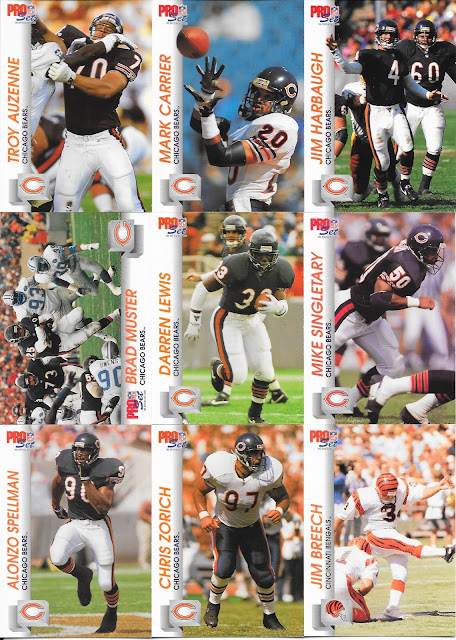 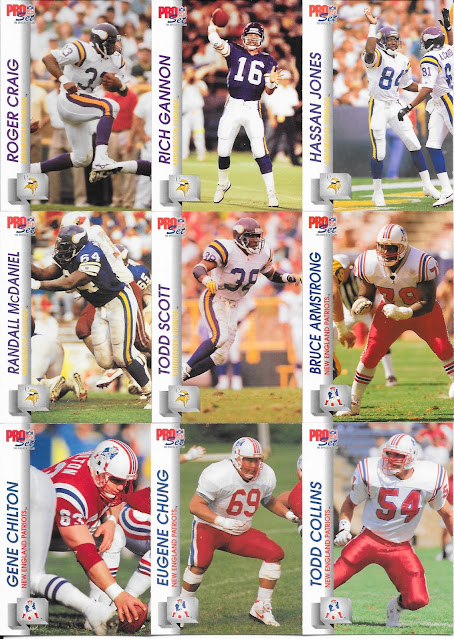 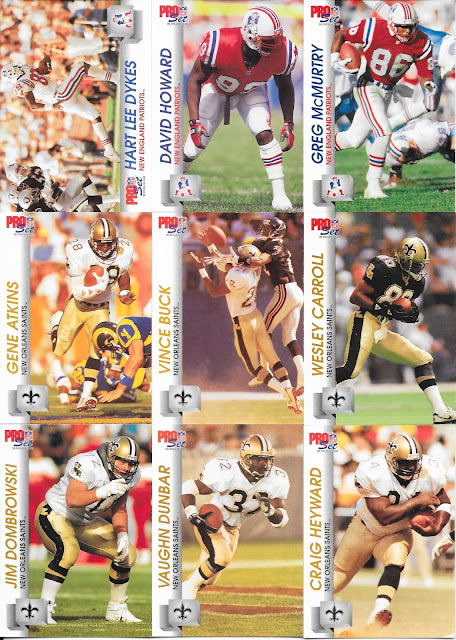 A decent run of cards from the set with a few holes missing - I figure we will see some more later, but that's it for now! 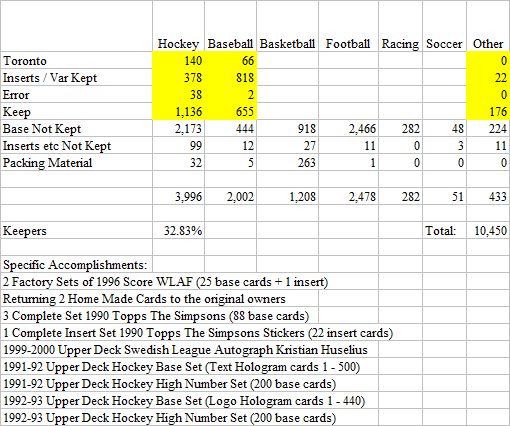