A big change in direction when we look at the 50 cards from the lot today - some heavy metal looking football. 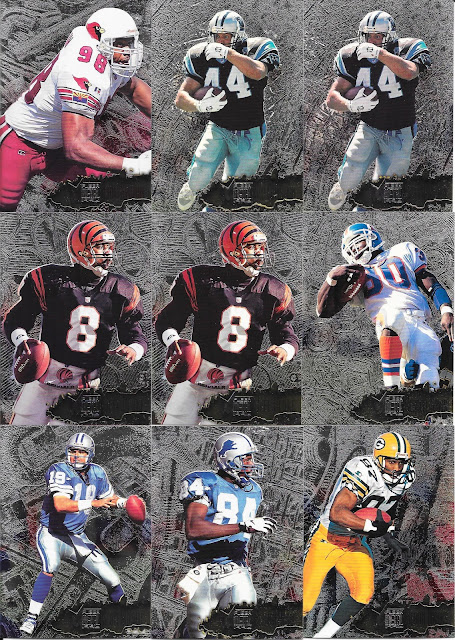 Here we have 1996 Fleer Metal which looks much like Upper Deck Black Diamond hockey, though more etching/designing of the background metal which reminds me more of the mid-90s and doing too much with cards.
Sure, the look makes the player standout, but even in hand, reading the names in the bottom right is near impossible (especially for me and my poor eye sight). 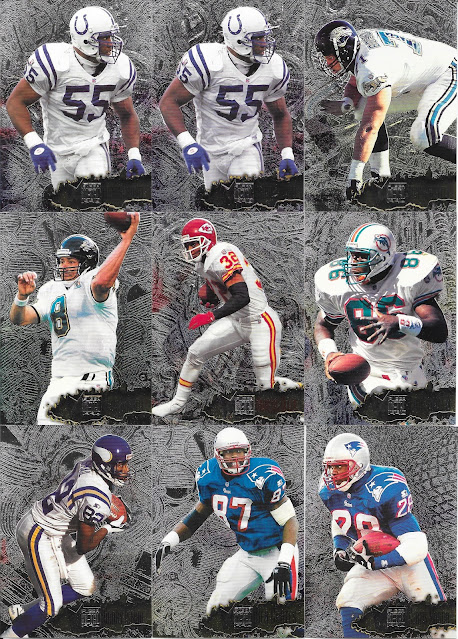 The set itself consists of a 150 card base set, which is manageable if you like collecting full sets, but don't want an O Pee Chee sized task. 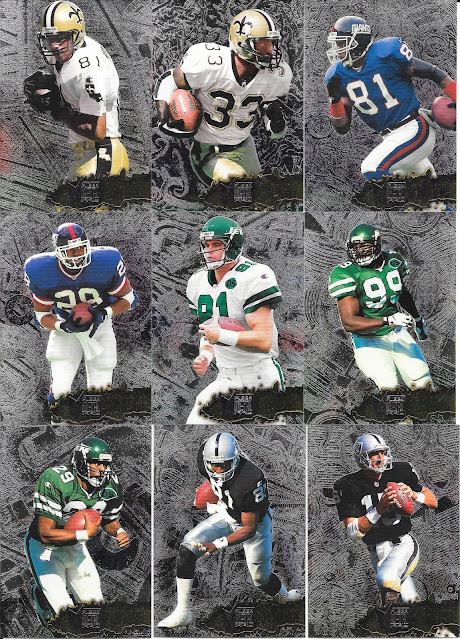 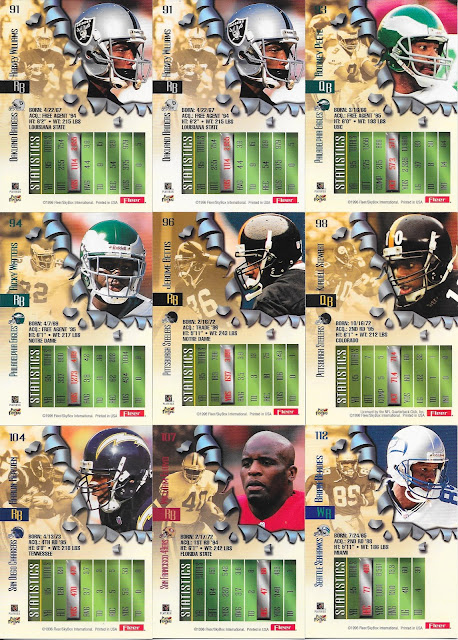 Here is a scan of the backs, which again, scream 90s with the multitude of colours and design. Not sure how the gold and green back really have anything to do with the metallic fronts - they look like two completely different sets. 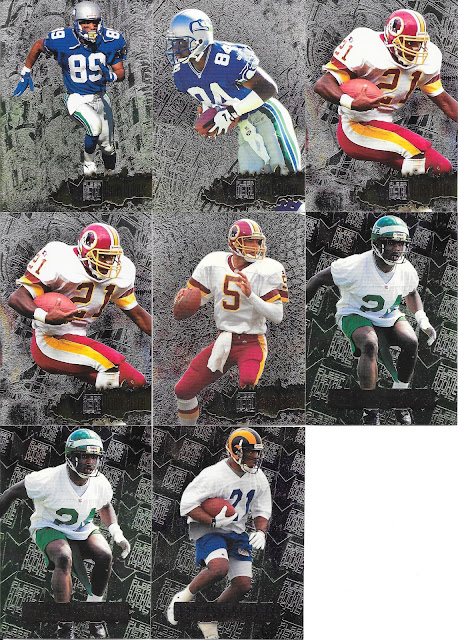 Well, at least the rookie cards at the end have a metallic background which clearly shows the Fleer Metal logo on repeat.

We also get 3 cards from 1999 Pacific Paramount. I will say, you can read the name and "see" the background much more clearly. Not sure if they are supposed to be trying to excape the swirl or falling into the hole with that design. 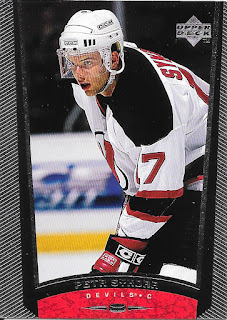 A lone hockey card that I am not collecting... 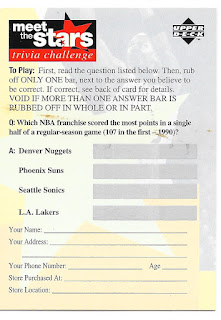 A lone basketball insert scratch card which I also am not collecting, and lastly... 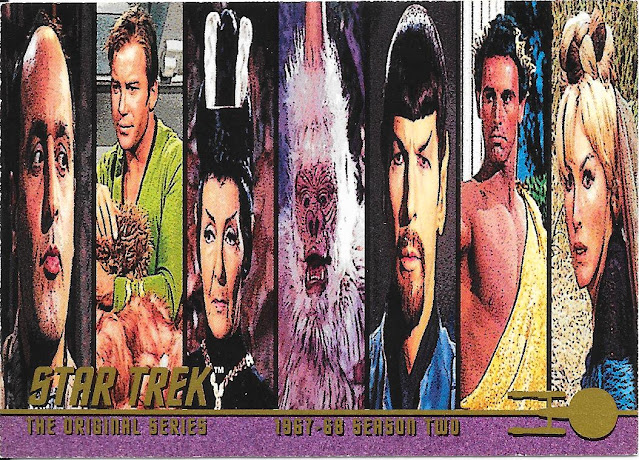 A neat promo card for Star Trek! This promo card is for Star Trek The Original Series 1967-68 Season 2 Trading Cards which was to be released in May 1998.
Always cool seeing these promo cards, but man, did they squeeze too many pictures onto the one card! 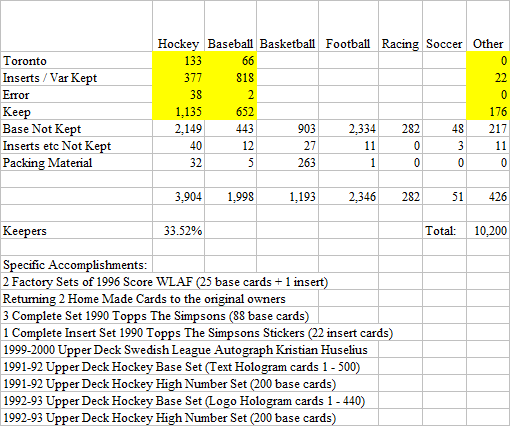