As I'm getting some more 1991 Upper Deck baseball again today, best to take another quick look for more abnormal holograms. 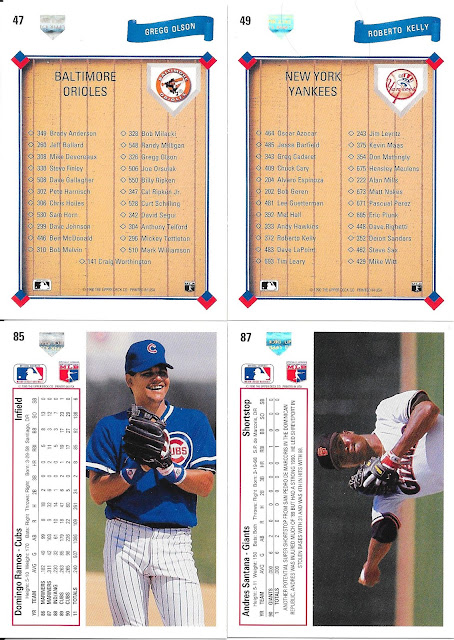 Taking a close look at the cards, there are four which have the "baseball" hologram rather than just the "UPPER DECK" wording. Cool, and I'll keep those as variation cards for sure...seems my scanner had a hair on it, but a Yankee card isn't worth rescanning....
Sorry they don't come out perfectly clear with the angle to show the baseball, but if you have the two different holograms in hand, it is easy to tell the difference. 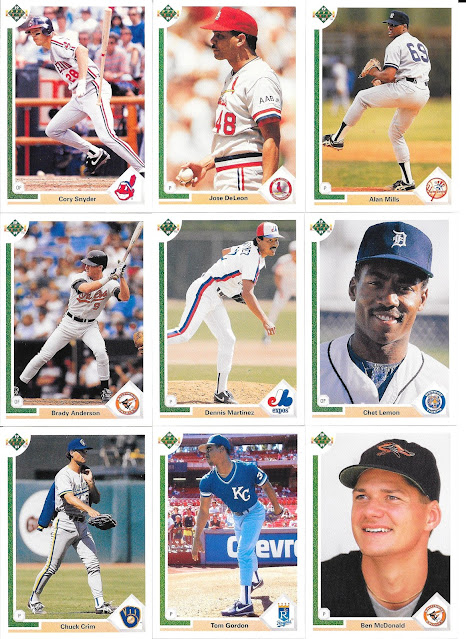 I think the backs are a bit underrated. It does bother me that the stats are not all years, as they went for the standard box size for each card, but the use of an additional photo, and those photos being really good overall, makes for more interesting cards. 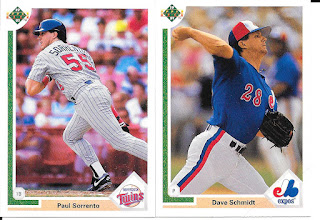 Solid adds of the base set otherwise, which is good. At this point now, solidly over the half way mark on the 800 card base.
Not all keepers though... 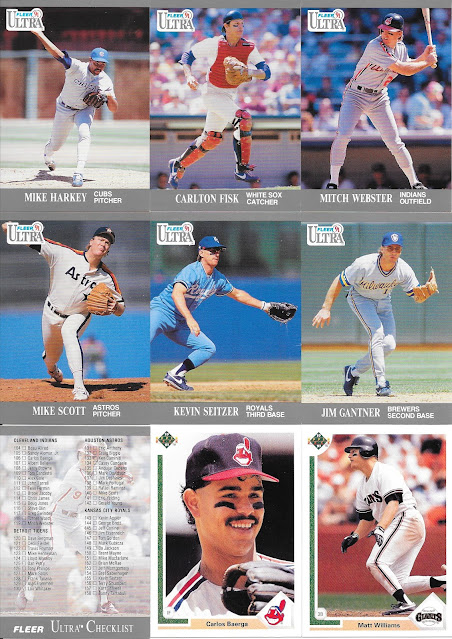 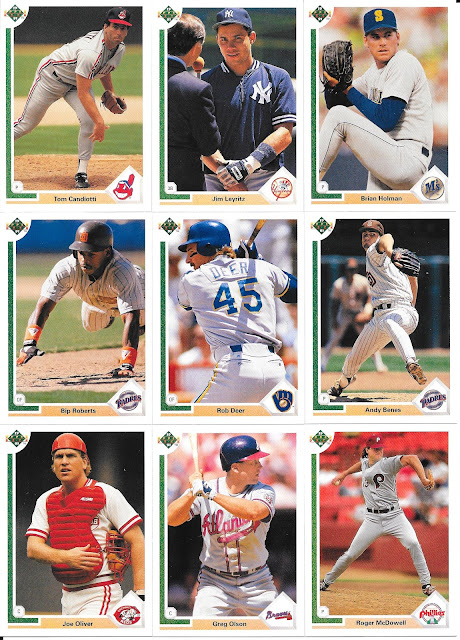 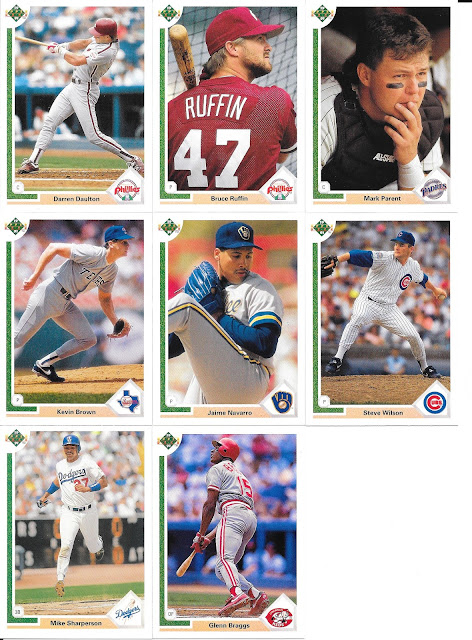 Well - we get a Bip sighting, and Candiotti pre-Jays days - not that his Jays days lasted long as it was only part of the 1991 season, then he was off to LA. 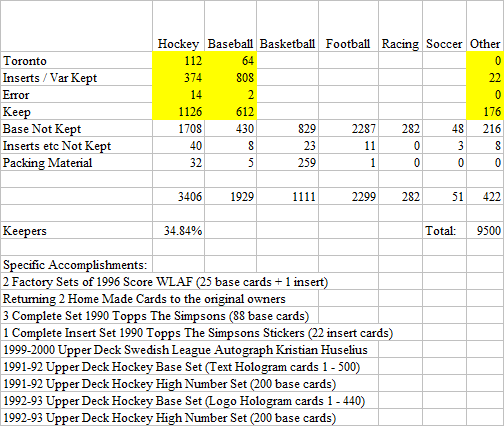 I recently received a generous trade from a certain $30 A Week Habit blogger through TCDB. I say generous because the card numbers may have been about the same, but he was kind enough to send a number of great inserts/parallels for Blue Jays that I didn't have. I mean,.... 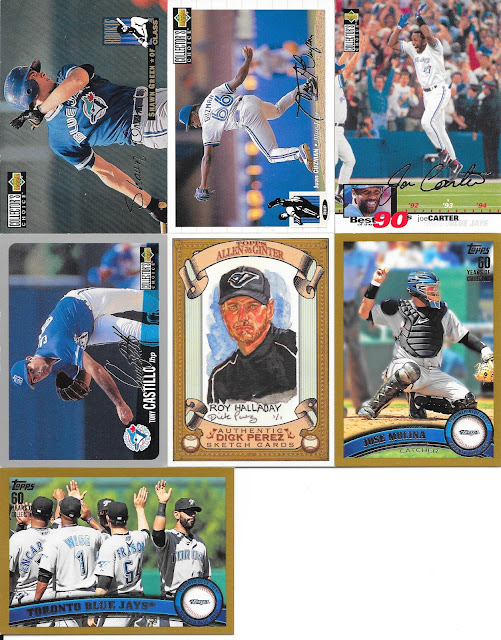 I love the parallels, even as simple as silver signatures. The gold parallels are great, and as it turns out, Melina here is card 0001/2011 which is pretty darn cool too.
The Halladay A&G Dick Perez Scetch card is one I hadn't seen or heard of, but is solidly in the A&G theme, and well done.
Oh, but then there be some shiny... 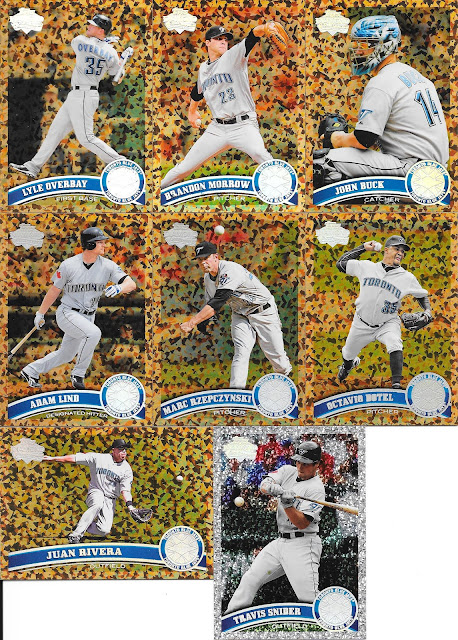 That's a lot of Cognac Diamond Anniversary cards! These are the first ones, and I guess go big, let's go with 8 right off the bat. In hand, and even scanned, the shiny look and the cognac colour looks really really nice. I am sure these aren't for everyone, but big thumbs up from me, and a big thank you for the trade!
Posted by CrazieJoe at 9:00 AM