Another day, another bunch of cards from the lot - what can I say - I like to be consistent. 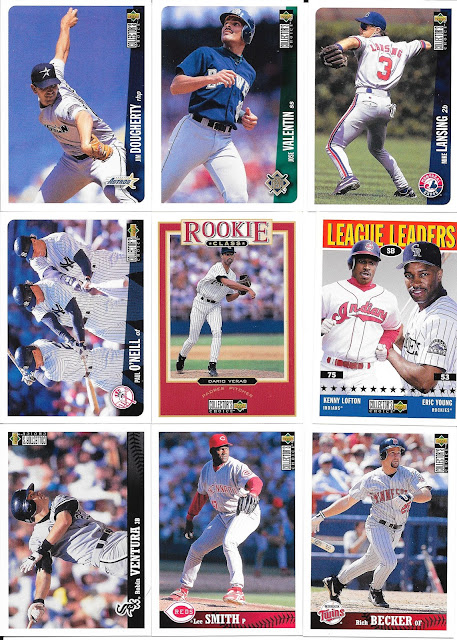 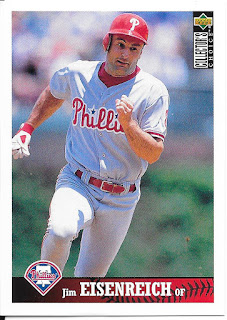 The keepers today are mostly collector choice additions from the couple90s sets we have see, so happy to move those along.

Card of the pulls today though, has it in the glove... 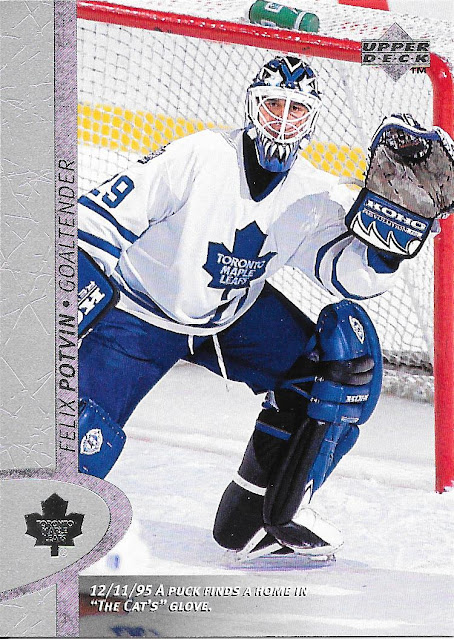 Just a beautiful shot of Potvin making a save (which probably was a fairly easy one given the stance and catch). Probably one of my top 5 cards of Potvin, now that I know it exists. A good photo, a bit unusual in angle and content, and great save, does it for me.
Would make for an interesting little collection - In The Glove shots where you can see the puck in the glove. Kinda like floating baseball bats or great moustaches.
One day I may get a quirky binder like that started...we shall see.
As for the rest, which are for show and share and then send away... 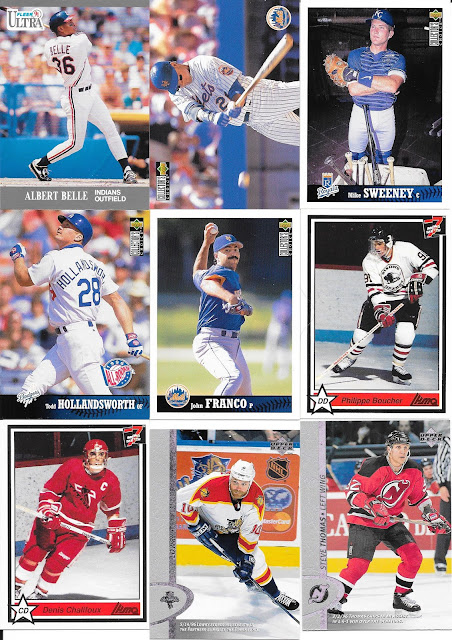 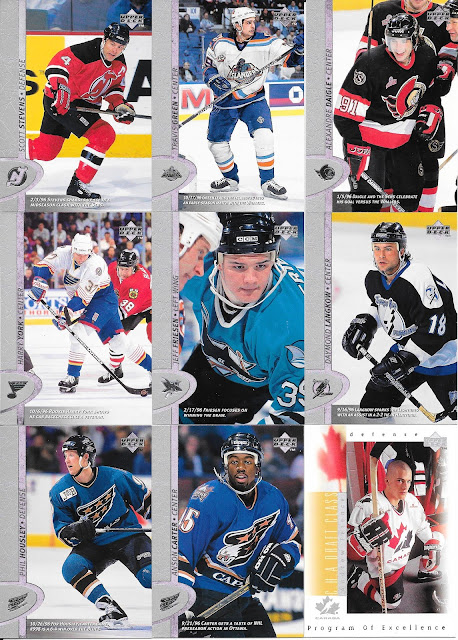 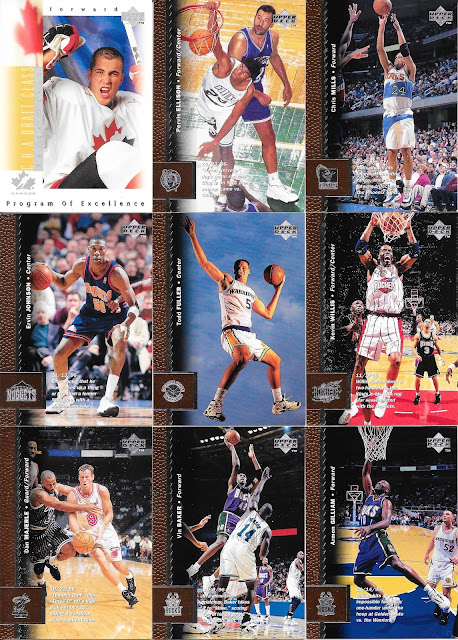 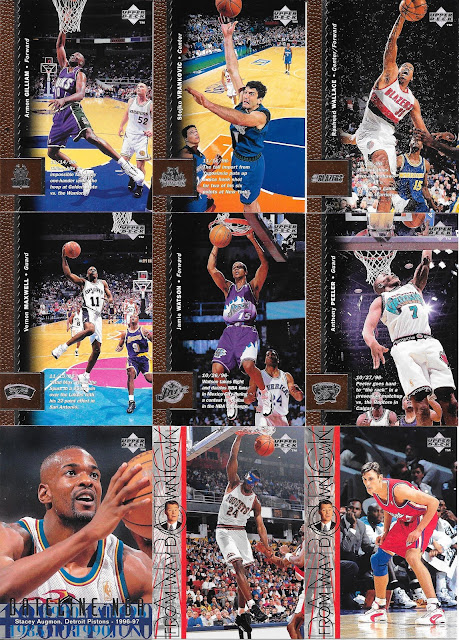 A bunch of basketball, undamaged, 1996-97 Upper Deck, which is fine enough.

Then, just to ensure a little bit of randomness - a single Terminator 2 card for good luck. 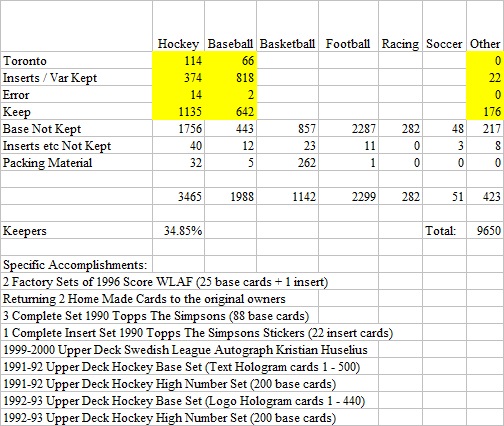 We end today with a second surprise envelope from TCDB member avsbruins65 and I really liked the first, so excited and surprised to see a second. 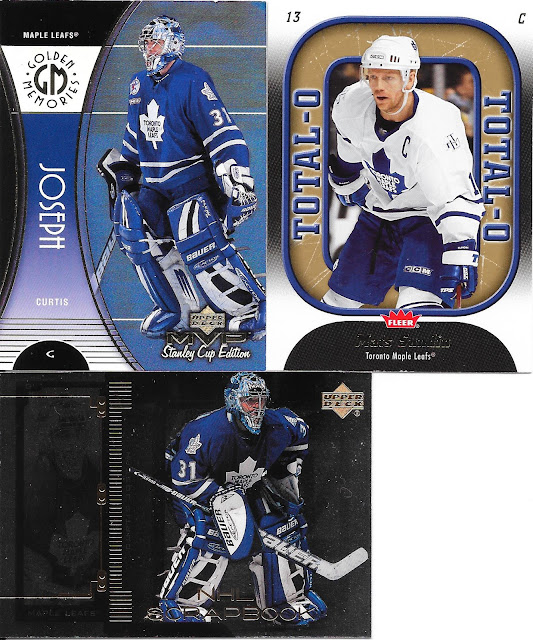 We start with three one off Leaf "sets". Means these inserts/sets, just have the one Leaf card so I don't need to worry about any others in these. I actually have a box with these "one card team sets" in soft and hard plastic so they are nicely away, and these will go with them. 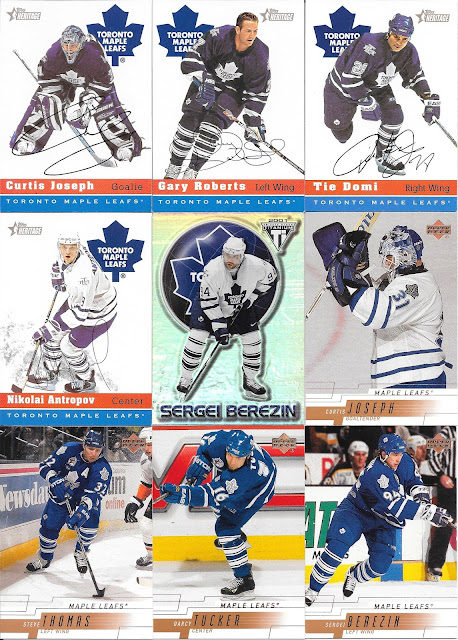 The heritage card sets were done well, though I could do without the faux signatures. A shiny Berezin from Titanium and some more base 2000-01 Upper Deck needs knocked off. 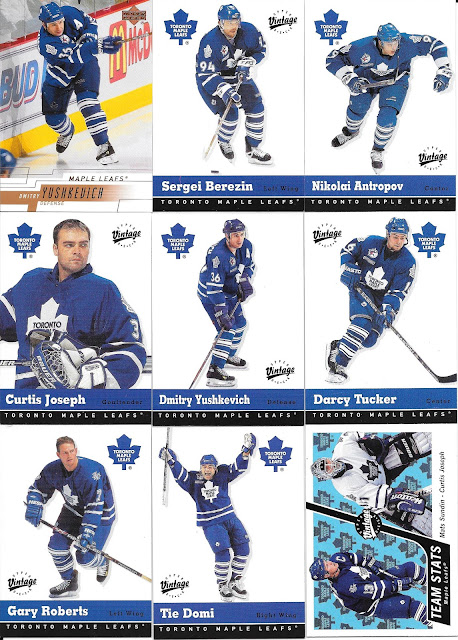 So, those Vintage card designs look a little familiar from the designs just up above, don't they? Both companies paying homage to the same original set design, though slightly different. I like the Vintage one a bit better because of the faux signature being gone, and the logo being a little smaller.

Not one, not two, but three on card autos - wow! All of them have already gone up on the wall. I have one of those 20 card holders...I should take a pic and share one of these days. I have been slowly filling with Leaf autos (I don't have too many), but these bring it up to 13 being Leafs. The rest are autos, but I'd like to get to it being all Leafs. I have a similar one for baseball, but haven't even started it really as far as autos go.
Part of the issue being, the card stock needs to be normal to fit the display.
No matter - these all squarely fit and are awesome!
Many many thank yous, and I don't know that I have much of need to send back, but I will take a good look and be sending back to avsbruins65 as a thank you for his great generosity.
Posted by CrazieJoe at 8:00 AM