I like days where I can make a dent on a set build. Doesn't have to be a set that is near the top of my list, though that helps, but any time I can move a goal of completion closer, feels good. 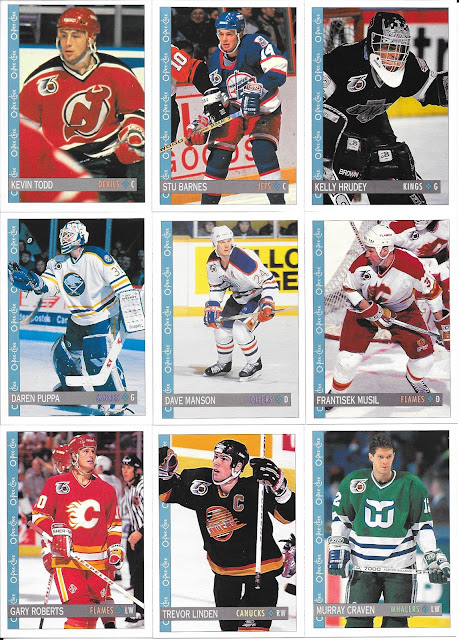 Today, 1992-93 O Pee Chee gets a good boost. I am not a big fan of the front name tagline or O Pee Chee strip down the side, though the picture and white border are fine. 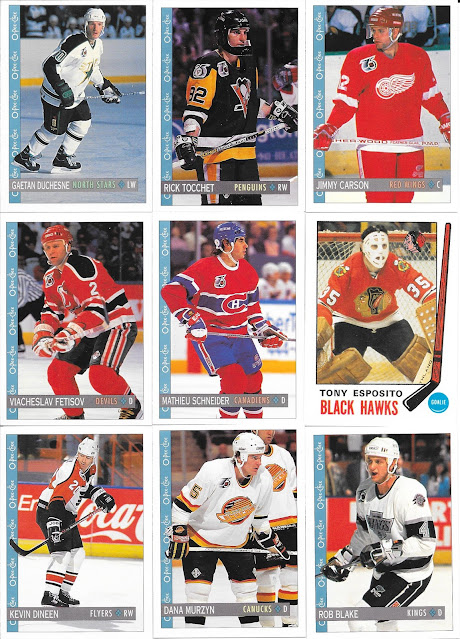 Also, the retro look cards of some of the past stars like Tony Esposito are pretty cool. 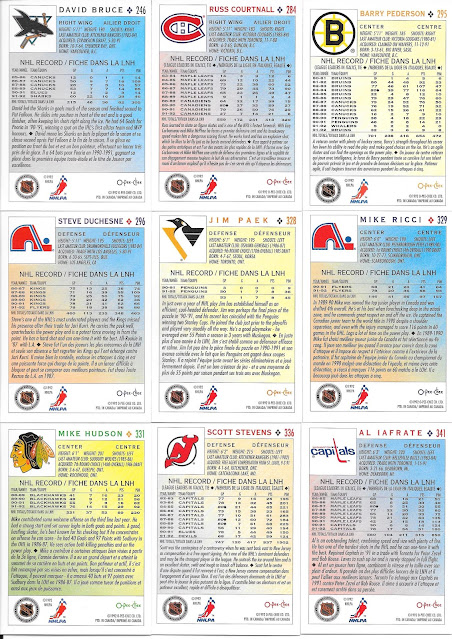 The backs seem a bit too full. A good reason for this is, given it is O Pee Chee, we squeeze in two languages for our write ups, and the write ups are all pretty long/full for the space. There's no player picture on the back to break it up, just the team logo. I'd rather at least a second different player picture on the back and moving the logo to the front. I love having a lot of information, but it just seems like too much here. 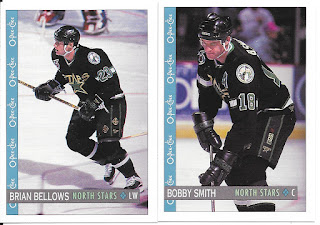 Still, this set is now closer to 1/3 completed and at just shy of 400 cards, it's on the smaller side for O Pee Chee sets.
Getting a good piece of a set like this usually means a couple Leafs too... 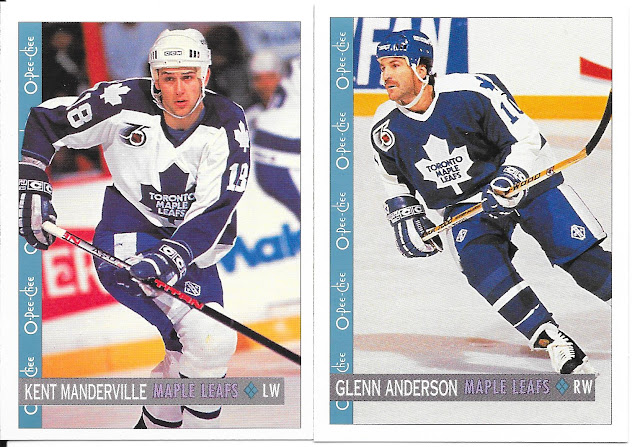 Which we get, along with some not so rare 199-91 Pro Set Leaf duplicate cards, including the team card reminding us it has been since 1967 that Toronto has been without a Stanley Cup win. 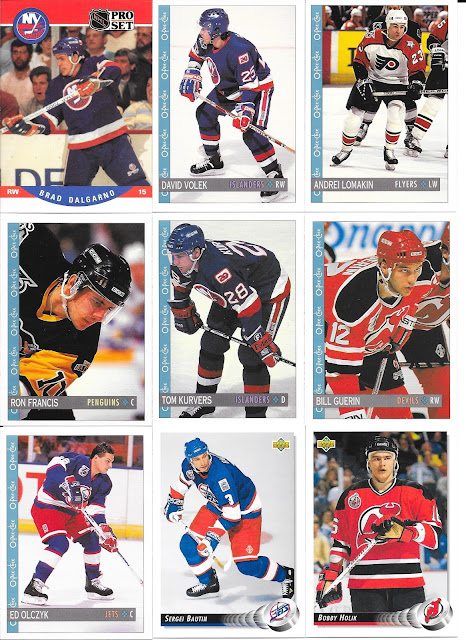 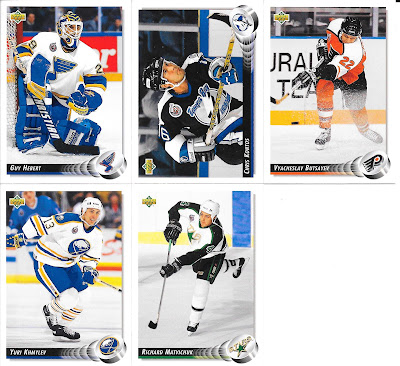 A solid day for pick ups. The Pro Set cards had me check, and with the complete set, I am actually down to 20 cards for the "master" set which is a result of corrected error cards. 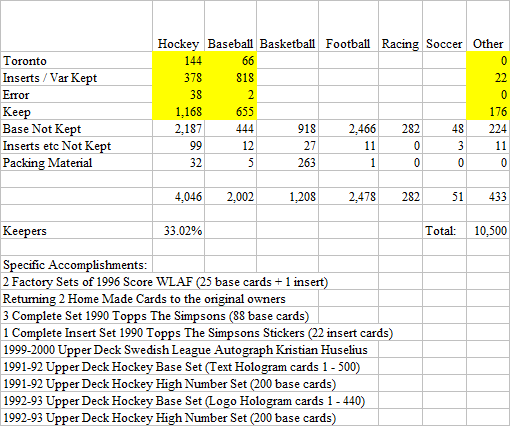