Well, did a quick set summary yesterday for one, and figure, with another big chunk of basketball cards from a single set right behind that one, why not knock another bunch for a different set off today! Not complaining, this bunch gives a good start to the set, and like yesterday, overall, a very solid set.

1997-98 Collector's Choice is a 400 card base set split between a Series 1 and a Series 2, each of which are 200 cards. Today, we have 424 cards in total, only spanning Series 1. Not quite a complete set as, if nothing else, there is a small Michael Jordan subset, and all those cards - except one. One was stack to another base card, so I suspect it was simple missed by whoever was going through the cards before. 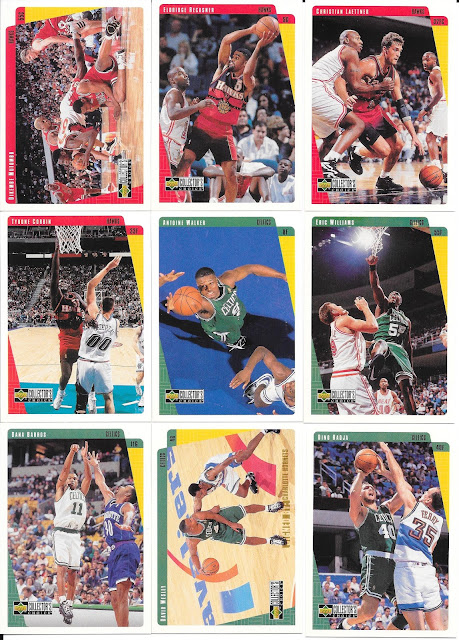 I have one main complaint about this set, and maybe it's just me - but the font for the names and text, etc, is problematic. I love the photography and colour use for teams but... 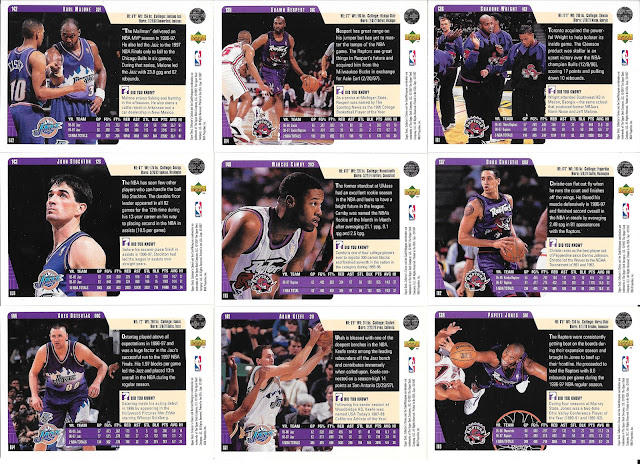 It was very hard to even read the card number in the top left corners for some of the cards. Here is the best - white number on a dark colour, but for some, it was black on a dark colour, and given the size of the font, it was very hard to read.
Also - why do we only show 2 years of stats? I generally don't like 5 years, and this set cuts it to two to be able lo add more written info in. Get rid of the "Did You Know" crop the photo and bring the box up so you can to 5 years at least. If a player only have 1-3 years, have the "Did You Know" box on those cards. 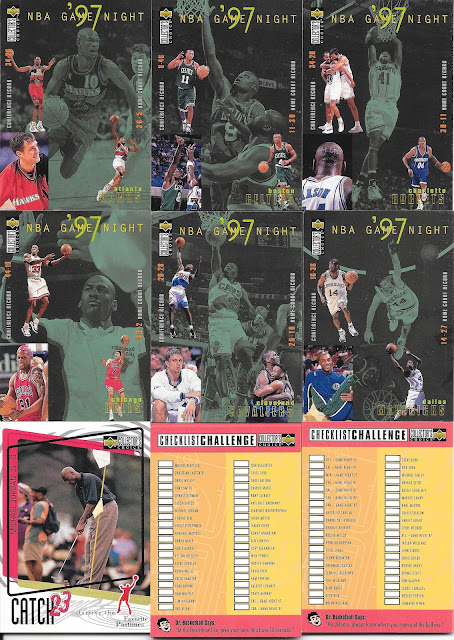 Here are the couple subsets representing - Game Night, which provides at least one Jordan-ish card which shows up, and the Catch 23 which was nicely stuck (no damage) to another base card. At this point, I can't blame Upper Deck for trying to push as many Jordan cards into a set as possible - the man was amazing and was money as far as the sport and it's growth go.

As for the checklists - yeah, Upper Deck was trying to make everything a little interactive at this stage, so you have a checklist of names (no numbers) with boxes to tick off what you have, but they also make a challenge of it with prizes, etc. Rules are in tiny print on the back of the cards, and I am not hurting my eyes any more than needed to try to understand that "game" and prizes.

Hopefully away from basketball tomorrow.... 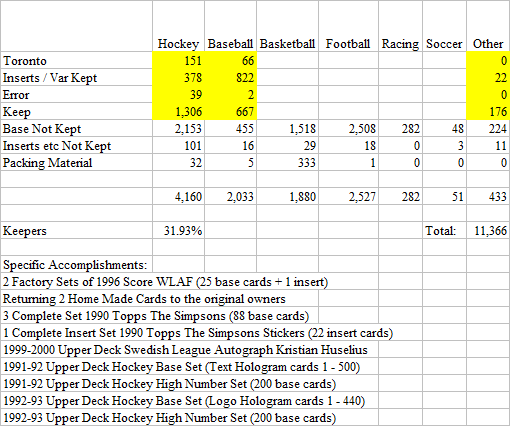 Let's end with a PWE trade with another new TCDB trade partner for me Maximus. I expect this isn't the horse from Tangled - yeah, most of my references for the last decade may very well be in the kid related area given my kids are 7 and 10.
The cards do help on my oldest set build. It isn't that old compared to what many others may be building or have, but old enough for me - 1982 Topps. 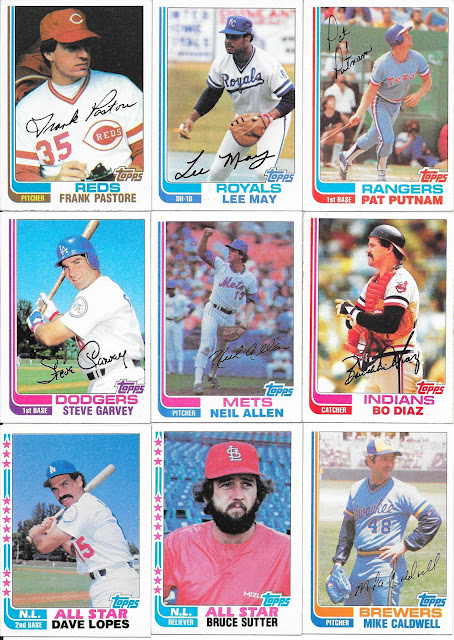 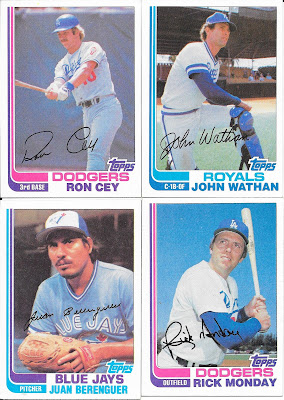 Ron Cey and a Jay as well as a couple All-Star cards round out the highlights. I am not that far along in the set, just about a quarter done, and it isn't a high priority, but gives me something close to being considered vintage, but still in the "Jays" era.
Appreciate the trade Maximus, and look forward to more in the future!
Posted by CrazieJoe at 8:00 AM