Similar to yesterday, today I focus on one pack of cards for a set I have a start on, but plenty of holes - 1987 Donruss. I have about 140 of the 660 cards before getting to this one, and I have a couple more which, as long as they don't really double up, should move me closer to say 40-50% done, all for the cost of a couple bucks. 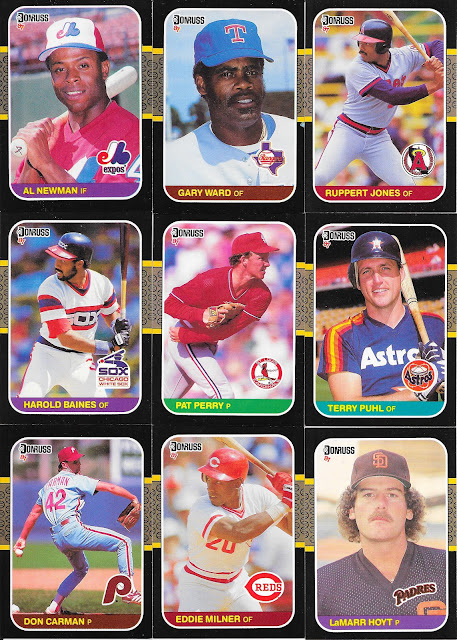 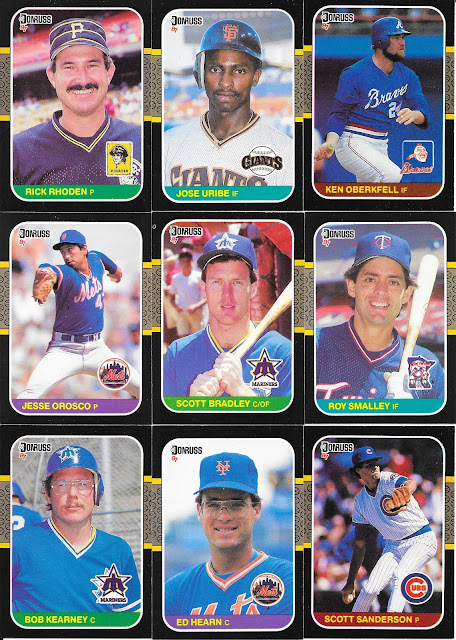 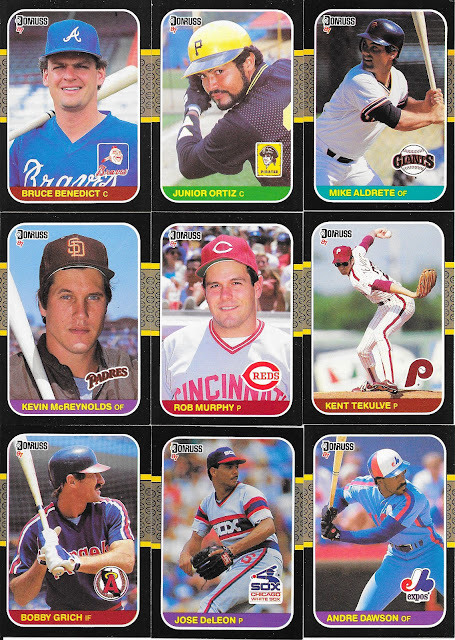 So a whole bunch of keepers, and there is some skipping going on in the numbers of the cards, so again, not sure if there has been purposeful removal of cards, or if it is just how the cards have been separated. 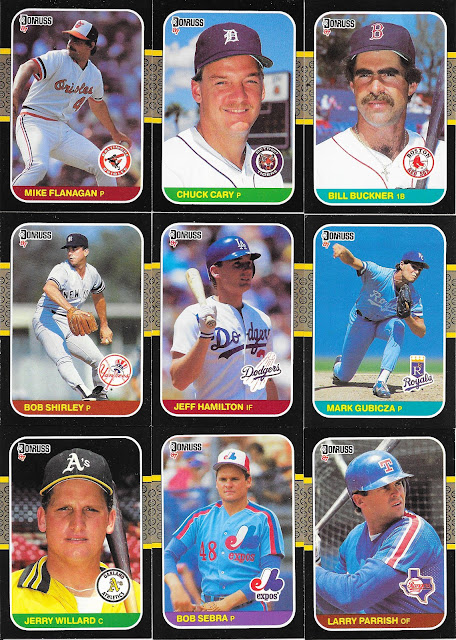 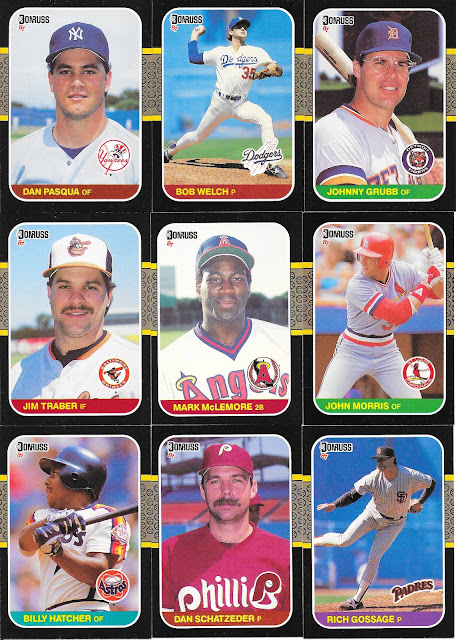 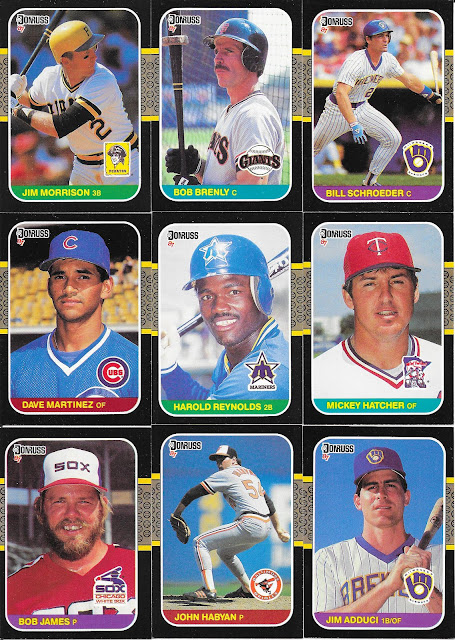 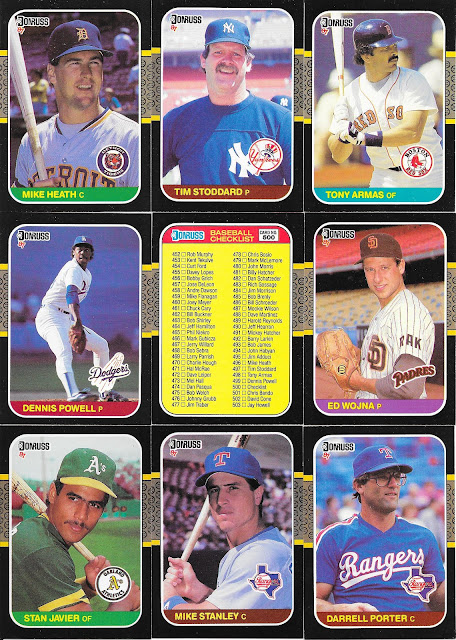 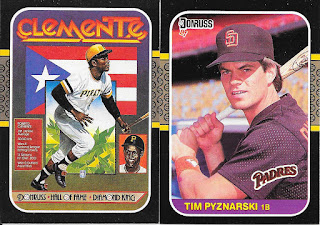 So over 60 cards needed and knocked off the list of wants for this set. The design is fine, except that the black borders mark up so easily. I am use to such issues with Magic cards, but not with baseball cards as much.

All dupes, but that's needed since I am going to be going for the set as a whole as well, and need the dupes for the team sets.

Did get a few cards which were dupes of what I already had...not tons, but some. 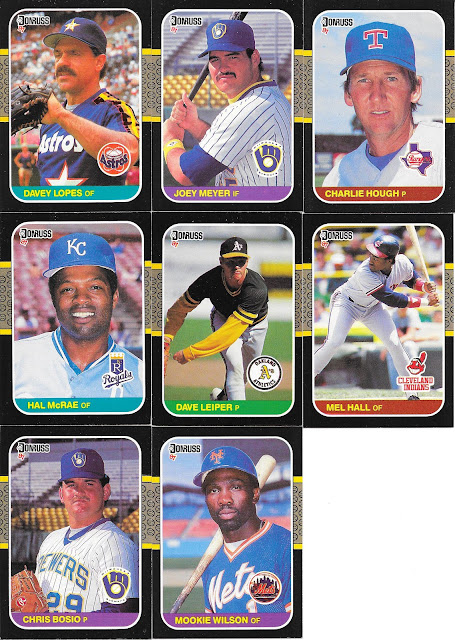 An excellent first bunch of cards that fill needs in the base set. A couple more days like this will go a long way on this set.
Posted by CrazieJoe at 8:00 AM