Luckily, the pack yesterday was not repeated today, and again, I have a bunch of 1987 Donruss cards to add to the growing set. 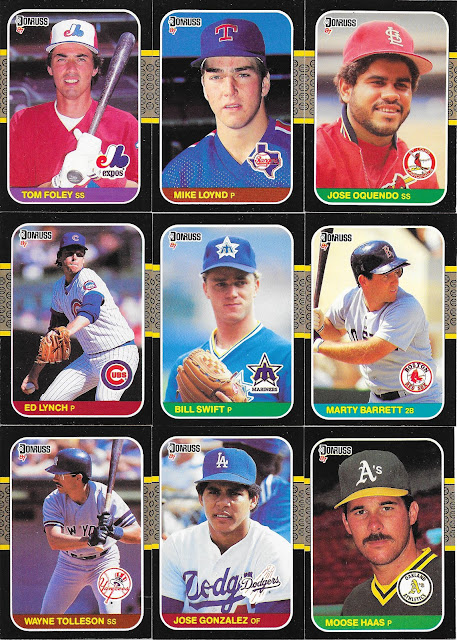 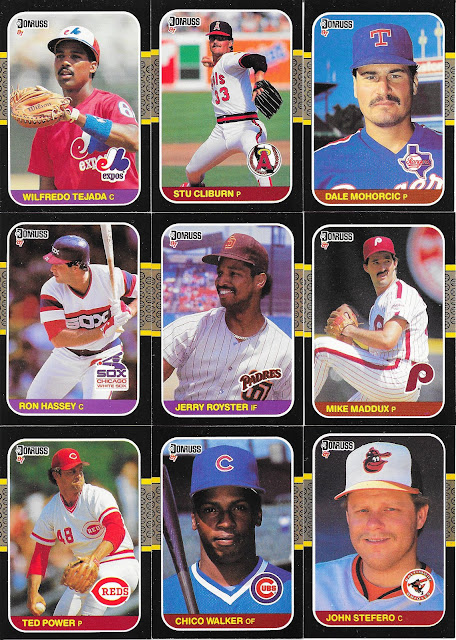 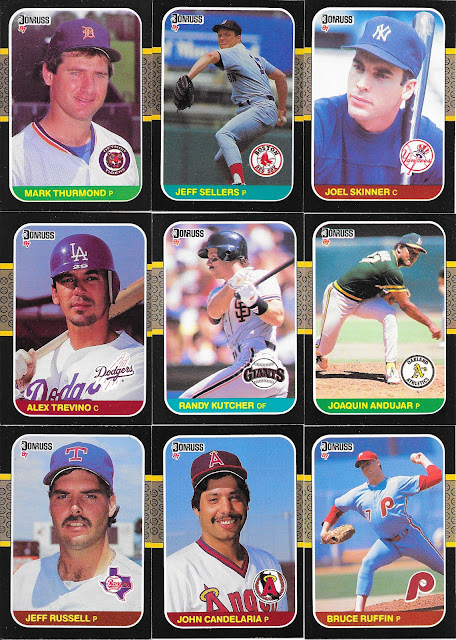 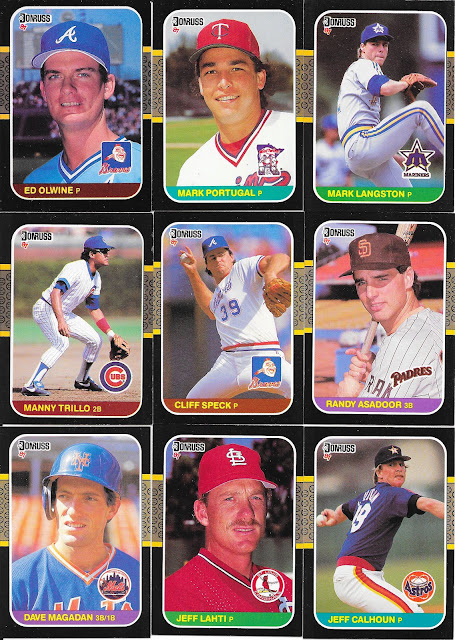 Mark Langston I remember more with California than Seattle. Given the uniforms in Seattle pre-M design, I can understand not sticking around. Definitely not one of my favourite designs. 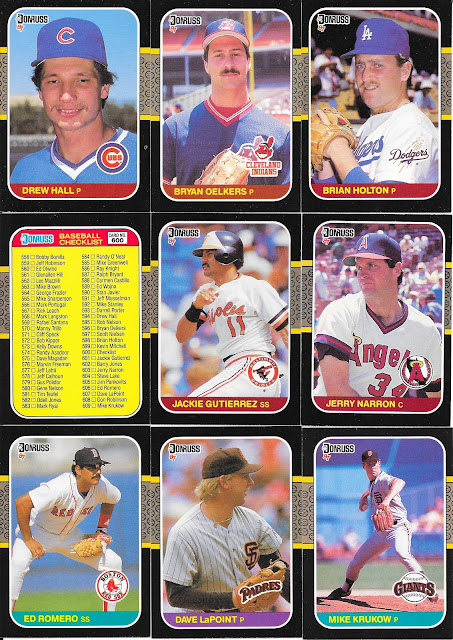 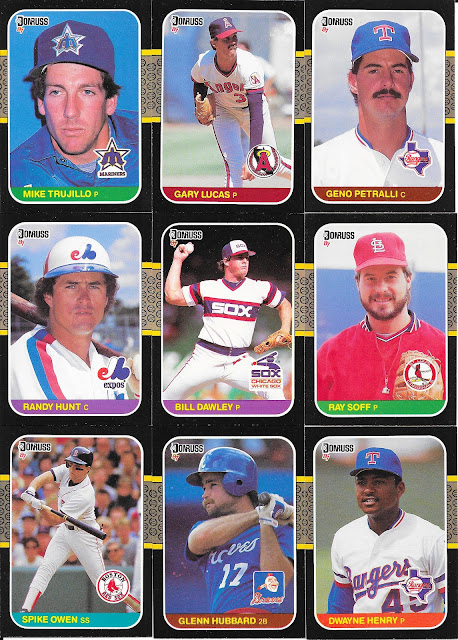 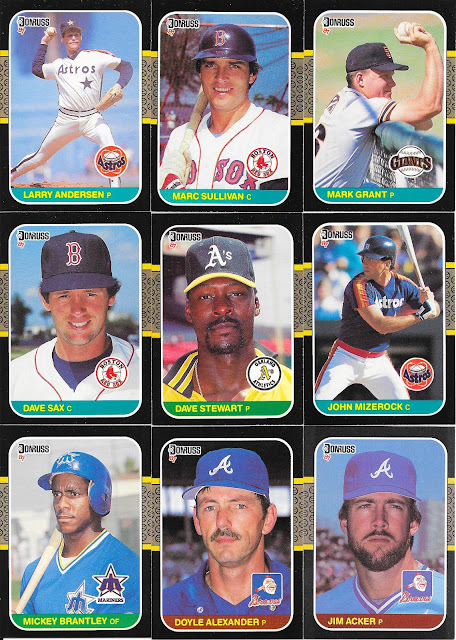 Dave Stewart always made for an imposing card photo. I can think of a few others off hand that show him this imposing...may be a post in itself right there.

Still, a few dupes, but not many. 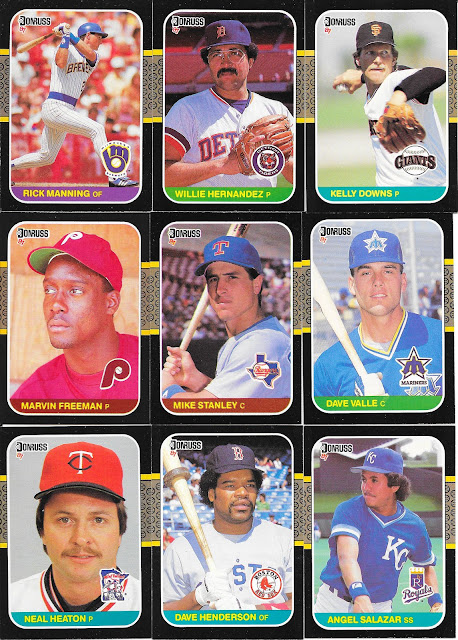 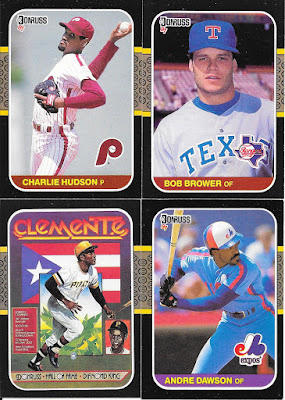 I know where to send Andre at least.

Well, with those packs, I am up to 256 of 660 - still plenty of sets ahead and closer to completion, but definitely made a dent into the base set as I am sitting at about 38%. Would have been closer to 50% if it wasn't for the bad luck of a mostly dupe pack.

Tomorrow, some inaugural year, 1989 Upper Deck, but one other share for today.

I found someone wanting all my 1994 Panini Baseball stickers (TCDB member baseballcardstoreca), and they were in Canada as well, so I packed them up and sent them away in exchange for some Toronto cards for my collection. I left it open, as I was happy to move the stickers to someone interested, but let's see what I got. 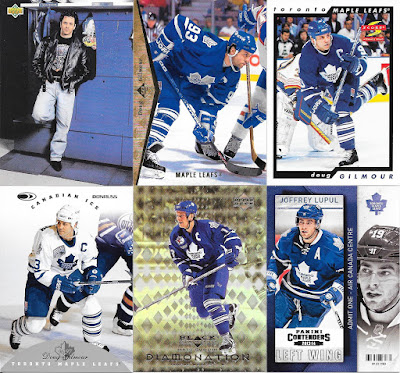 The Leafs here are heavy on my favourite captain, Douggie. Love the casual look Upper Deck card, and the 1994-95 SP is the first Leaf card for me from the set.

The rest of the Leaf cards...a bunch of Gold parallel Ultra cards... 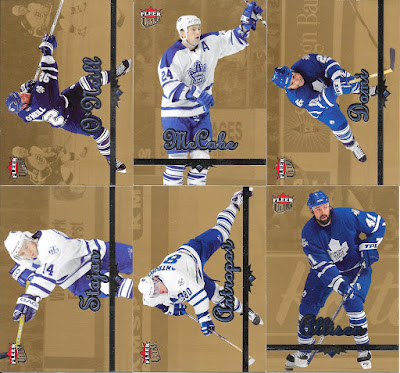 They do look nice scanned all together. 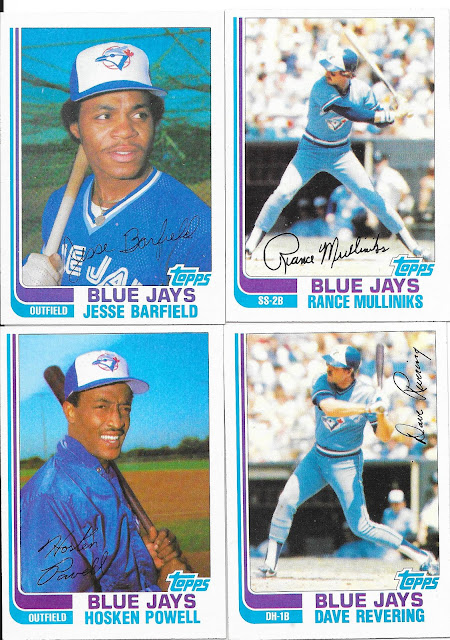 Here we have the Jays team set from 1982 Topps Traded, highlighted by Jesse Barfield one of the big name Jays of the 80s including his 40 home run and 100 RBI performance in 1986. 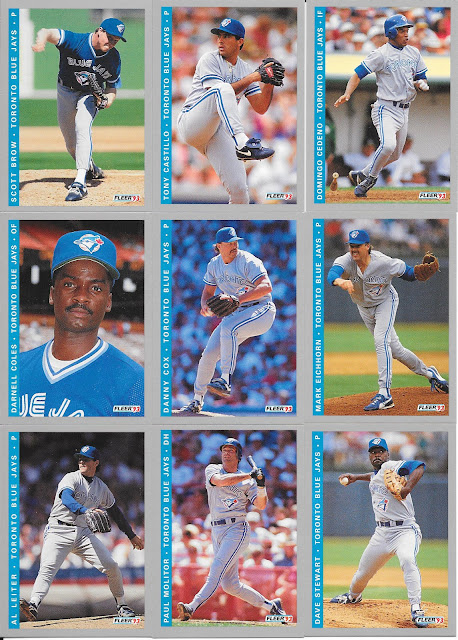 I had the other two cards already, but here is the rest of the 1993 Fleer First Edition set.It wasn't until I got those couple cards in the last year or so, that I even knew this set existed, and poof, now the team set is done. Even have the Paul Molitor insert which is the only Jays insert in the set.

There were also a spate of random Jay needs covered as well... 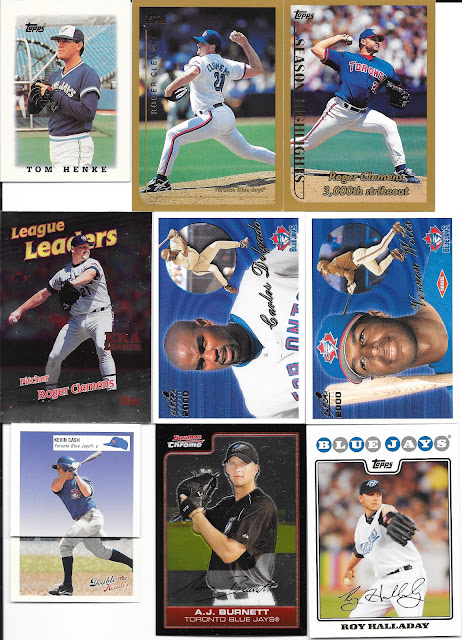 From an 80s League Leader Mini, to some late 90s Topps, 2000 Pacific Aurora, my first Double Header card which shows Kevin Cash, but when you flip the top half of the card up, it is a bigger card/picture and of Reed Johnson, right to a gold foil parallel of Roy from 2008 Topps. The Donaldson and Smoak are from Canadian Wal-Mart exclusive blister type packs. I believe they are each only 5-6 card sets of Jays, and I had one of each already from those sets, but these are new.

We end with a Vlad rookie card too which gives me two. I am sure he has about 100 rookie cards the way Topps plasters RC on every possible card for the year as long gone are the days of one set per card company, but still love having another.

Big name Toronto rookies are cards I do not go out and buy as they can get pricey (not quite there with this base version, but I saw parallels and SN ones going for bigger dollars).

So, not only was I able to unload a bunch of Panini baseball stickers, I did alright with ehat I got back in return!
Posted by CrazieJoe at 8:00 AM