So, second pack of 1987 Donruss cards today, and unfortunately, I am not going to scan very much from the pack at all. Why you ask....well, there were only a few cards which were not a dupe of yesterday.

Let's start with the Jays which will look a little familiar...

Yup - can't even be bothered re-scanning these three as this is the same scan as yesterday.

I guess I can't complain, there were at least two other new cards... 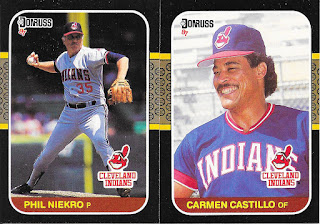 Okay, I can't really ever complain about getting a Phil Neikro card. May not make up for getting 60 plus dupes in this pack, but I am only out a dollar really, so I think I can live with it.

Since I am saving you from seeing duplicate scans, how about I share a trade instead?

This one is a bit delayed in posting because somehow I scanned the cards, but didn't post, and the scan were missed for a while, so I forgot about sharing it, but here they are...my trade with TCDB member vanoirm... 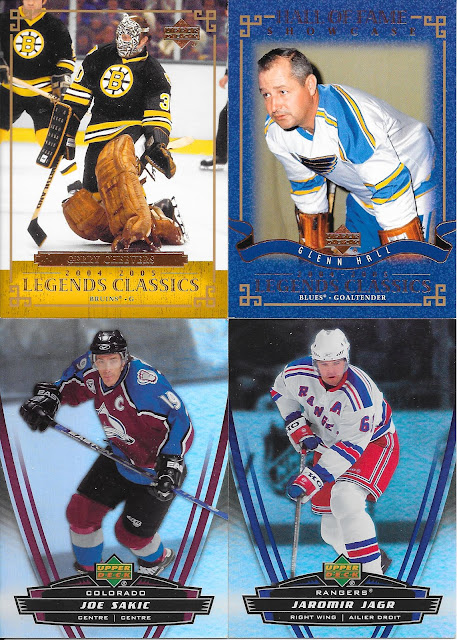 It has been a while since I add to these sets. From getting a majority of the sets in the Santa Lot a couple years ago now, I haven't added much to 2004-05 Upper Deck Legends Classics or the 2006-07 McDonald's set, but here are a couple adds for each. Getting closer to adding the rest to my most wanted, but I usually wait until there are 10 or less cards, and not quite there. 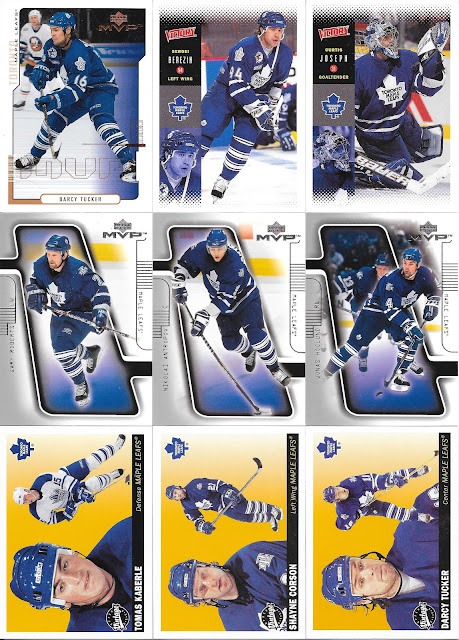 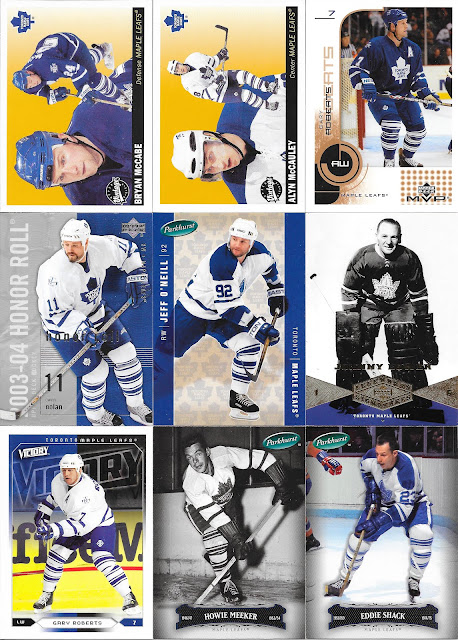 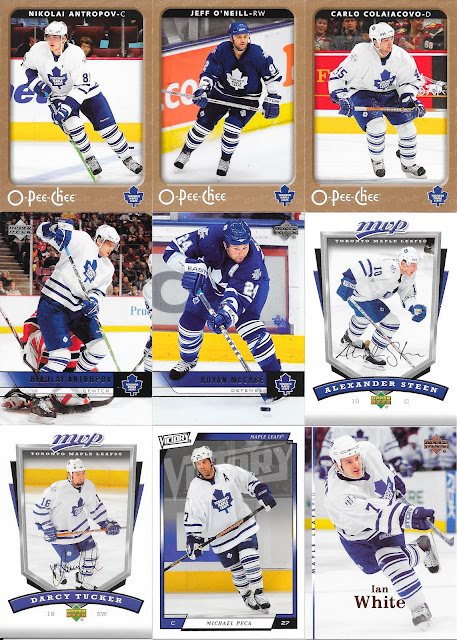 The Leaf portion of the trade deal with a lot of cards from an area my collection is thinnest (well - not counting everything pre-1970), the 200-2006 period.

I love the retro sets like 2006-07 Parkhurst, but for the modern day Leafs, as much as I am always a fan, the teams in the early 2000s just didn't resonate with me the same way as the 90s or even the 2010s. I am sure a good part is that, I was at university during that time and really didn't have time to follow hockey given my schedule, so I just didn't connect and can't tie watching games to any ongoing or real memory/experience.

Like a relationship that ebbs and flows, good times and not so good, this period just doesn't have the memory attached for me. Now that said, it is like rediscovering the period for the first time in getting these cards and the number of "oh yeah" moments are great regardless.

Though a bit late, a big thanks for the trade and for adding in, especially for this period of the Leafs.
Posted by CrazieJoe at 8:00 AM