Have a Primo Christmas

Merry Christmas to all those who celebrate, and happy 25th of December for all those who don't. Hopefully you are checking out the blogs well after a wonderful morning, maybe even after a great day and dinner with friends and family. Either way, we keep plugging along here like we do every day, because every day is special!

Did I get any cards for Christmas this morning (because 8am posting time is well after the tree and stocking stuff is done in our house - typical with younger kids)? A few things, but nothing I have pictured and able to post yet, but some unopened pack collection additions if nothing else - will share in due course of course.

Today, we are into the last 5-6 packs of CNE cards, and this one start off Primo awesome. 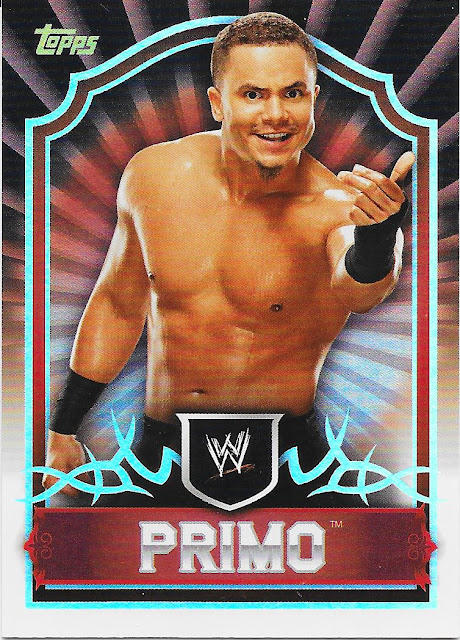 The son of Carlos Calon, Primo has floated around the mid-low end of the WWE roster for a number of years. Honestly, always preferred Carlito from the family, though Carlito could have done so much more. Though Carlito has done well with his work (mostly) behind the scenes on GLOW the Netflix series.

A couple more keepers in this pack... 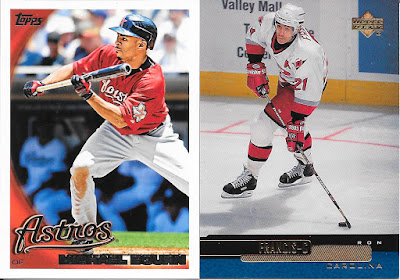 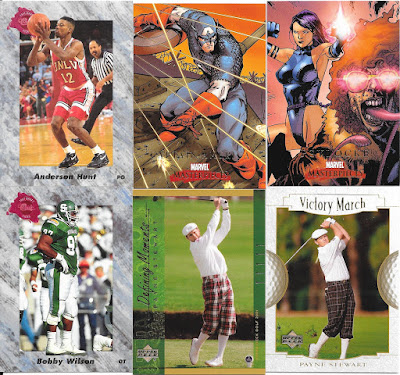 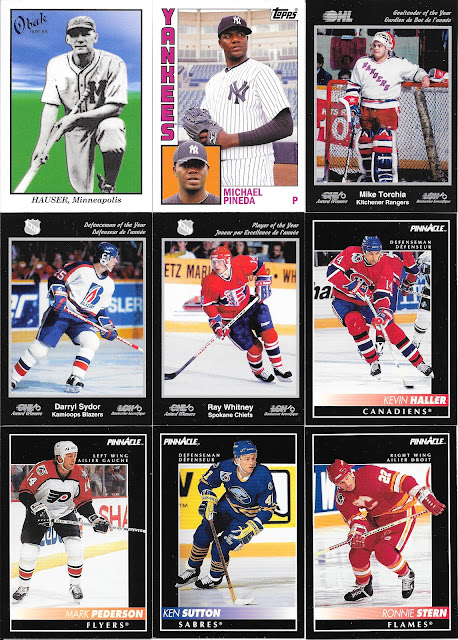 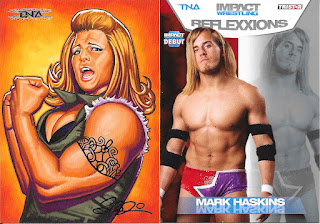 At this point, I should just assume I am getting a Payne Stewart card or two out of 2001 Upper Deck, kinda getting sick seeing him. Same can be said of the CHL awards as I gather I will see everything but the few Eric Lindros cards in the set. Wonder if those were specifically removed for some reason (answer will be yes).

The Marvel cards are pretty cool for what they are if anyone enjoys those.

Separately yesterday, I received a box of cards from Australia in a box for box trade. I sent about 900 cards (a lot of Magic cards) in exchange for a bunch of wrestling cards and some Magic artifact cards. This thing I didn't overly like, is that for $30 Canadian, my package had to go ground/sea and will probably be another couple weeks. My trade partner JC Kazama was able to send the smaller package to me by air for about the same price.

Going to be a few days to get to the rest of them given the holidays, but here are the first Raw Deal game cards in my collection. 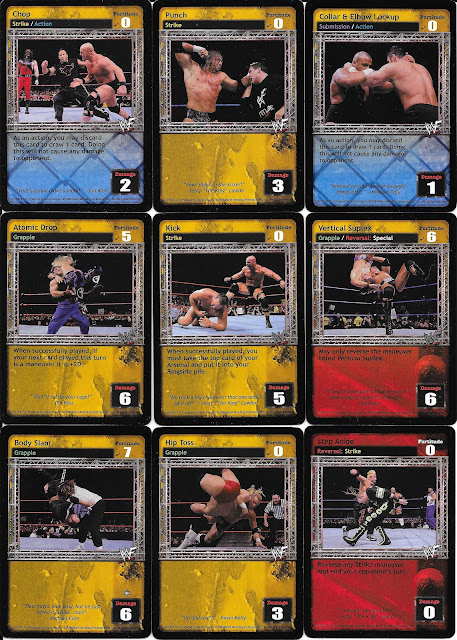 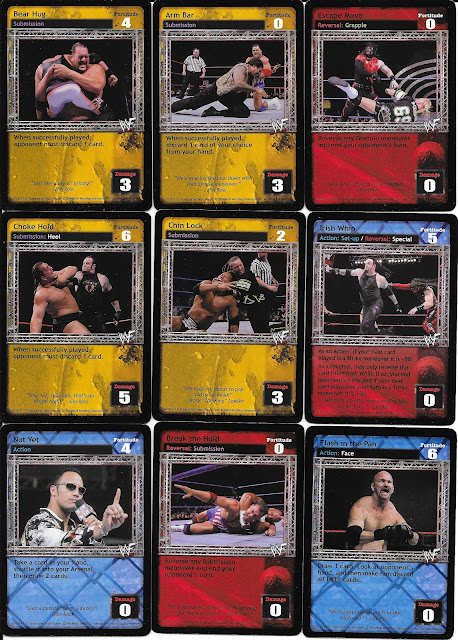 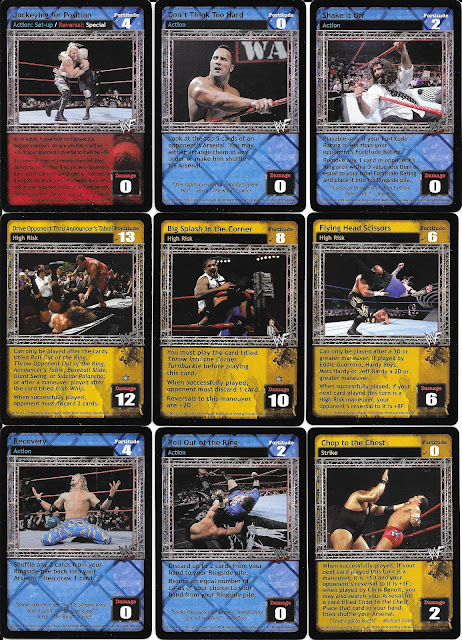 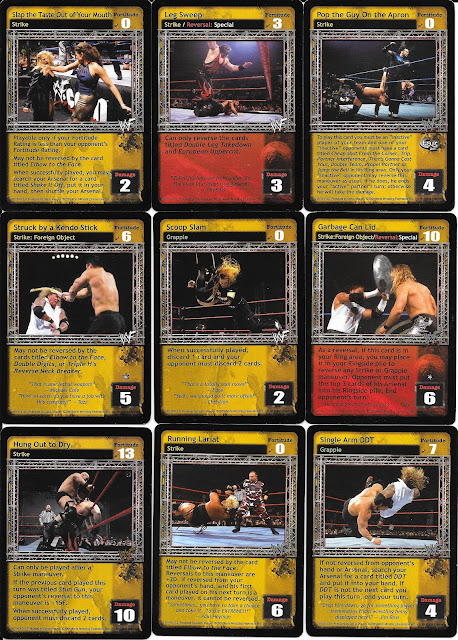 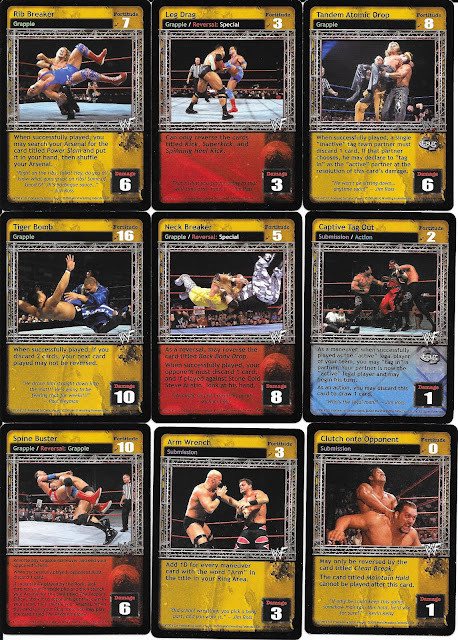 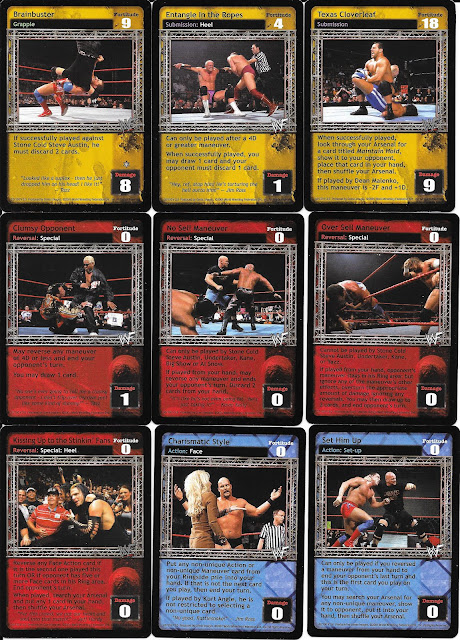 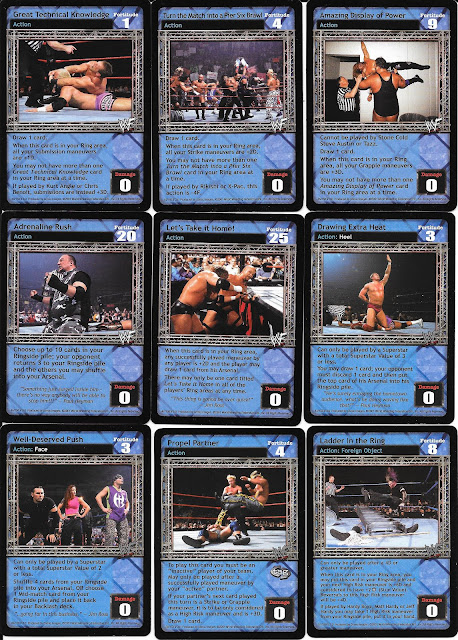 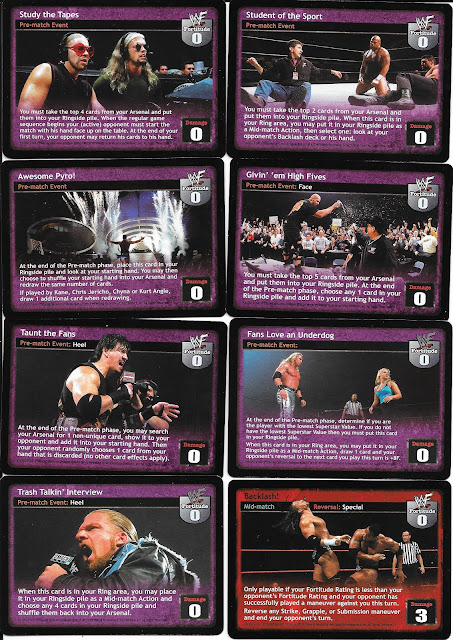 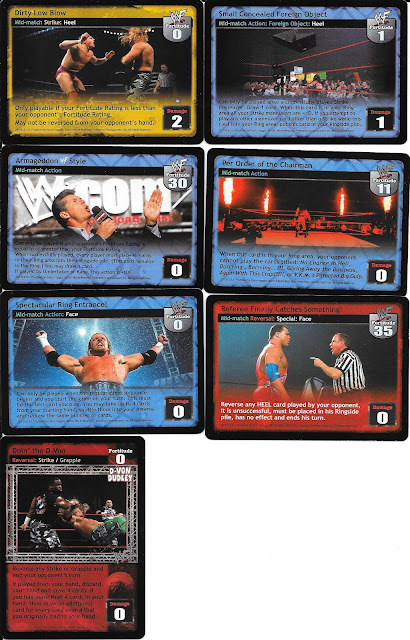 At this point, I haven't bothered to understand the game itself, but instead focused on getting these for the photography and documentation of the end of the attitude era essentially, and into the early 2000s in WWE wrestling.

The card game apparently ended when WWE pulled the license due to poor sales around 2006-2007 however the game has continued on in electronic format since then apparently.

These cards come from the first couple releases, the original game, and the next release Backlash (named after one of the PPVs at the time, I am sure.

An interesting take on collectible card games as you would play one on one or tag team (though, without knowing the rules, could expect a triple threat or fatal four way would be possible).

Overall, interesting cards and I may just have to learn the game in order to understand a "good" versus "bad" card at least.

Have a great rest of your day and hope it is all that you want and deserve this fine Christmas day.
Posted by CrazieJoe at 8:00 AM