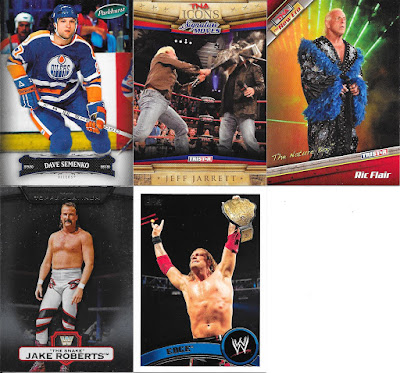 Not a bad way to start a post, but with a handful of keepers.

I miss Edge. Totally understand the need to hang up his boots for health reasons, just a shame, as he would have had another solid 5 years in him, if not more, and he was at the top of his game still otherwise, when he had to step away.

The 2011 Platinum WWE cards have that nice premium feel, and here I get Jake The Snake, a great card as it is only my second from the set. A character ahead of his time, but would otherwise me in the same vein, honestly, as a current day fiend / Bray Wyatt, though maybe not as theatrically gruesome or violet, the dark charisma was the same which was freaky as a kid.

I do get another Leaf card from the pack as well, which may look familiar... 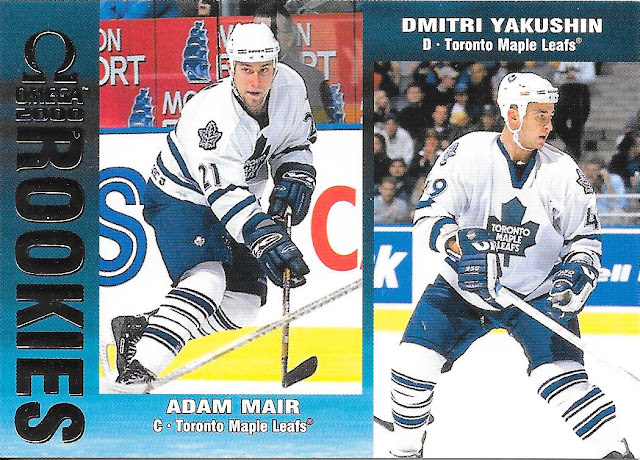 Yup, same one as yesterday...but no complaints from me (this is the third copy I have now).

As for the rest of the cards...the traders... 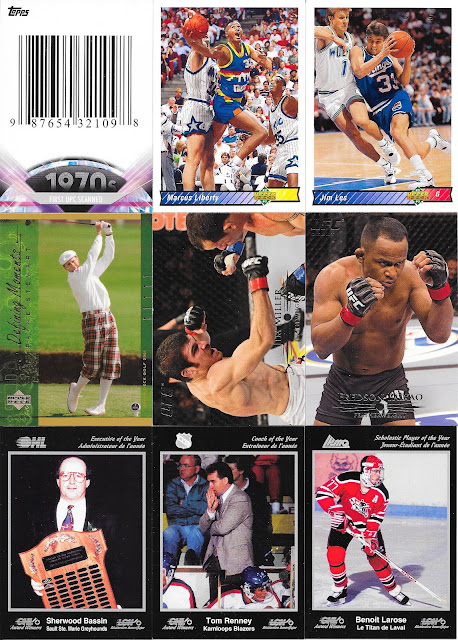 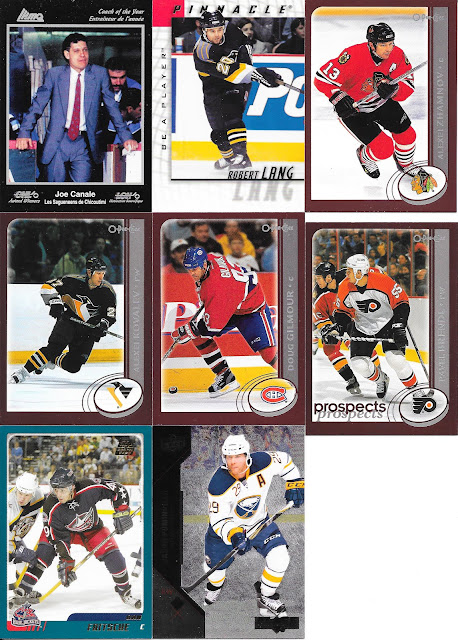 A bunch of what are becoming the usual suspects - some American Pie, some 2001 Upper Deck golf (a third Payne Stewart), some 1991 CHL award cards from that 30 card set (including a couple "new" ones), and a few more extra hockey cards including a sweet looking Pominville Black Diamond from 2011-12.

Another solid day as we get closer to Christmas, the end of 2019, and another year past!
Posted by CrazieJoe at 8:00 AM