To the drawing board

It's interesting to see unusual themes used for cards. A solid base set will usually have a subset or two within it that brings something special to it. In baseball and hockey you could count on this being something like All-Stars or Rookie Cards, such as Young Guns (though I don't enjoy the short printed nature of some of these).

In wrestling, it can be a little more unusual, and as I mentioned before, when talking TNA's Cross The Line set from about a decade ago, I don't think there was a base set with some subsets to it, but instead a bunch of subsets put together.

Well, here is some more example of that. 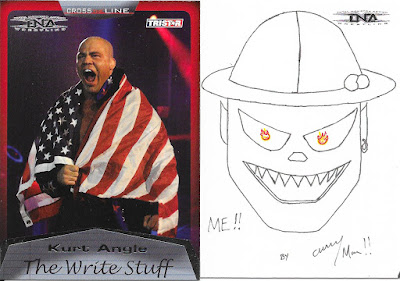 I can live with the Write Stuff subset, here touching on Angle coming to TNA, but the Curry Man card (Curry Man was played by Christopher Daniels), just all kinds of wow. Sure, it is different, but I can say that Daniels is no Picasso as I think my 6 year old could jot this out well.

I can be kind on this if it was just Curry Man's as he was a comic character, but there are a few other cards in the base set like this, and they are all roughly as bad. Maybe we will see another example from one of these packs later this month, but for now, at least it is a new addition to the collection..and if I get down to missing one or two cards like this from the set, I can get my kids to jot our a replica until I pick up originals.

This was a solid pack for hockey and even a bit of baseball as a couple sets saw some additional pick ups. 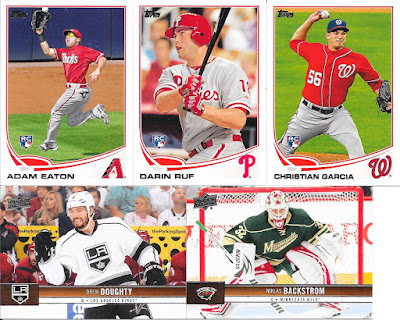 Three different red and grey dressed baseball teams represented for 2013 Topps, and one of the Kings (see later) that I needed from 2012-13 Upper Deck Hockey. 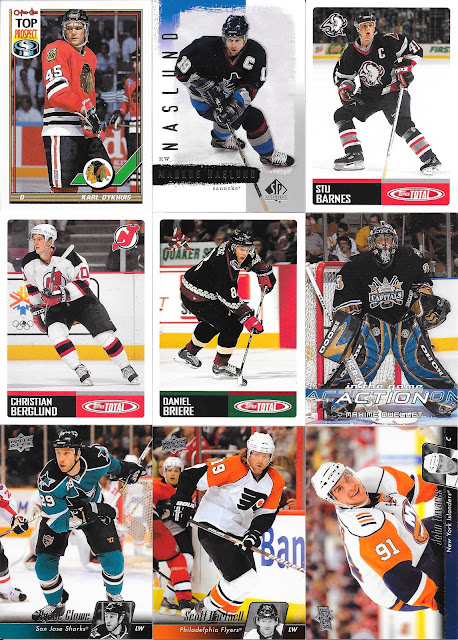 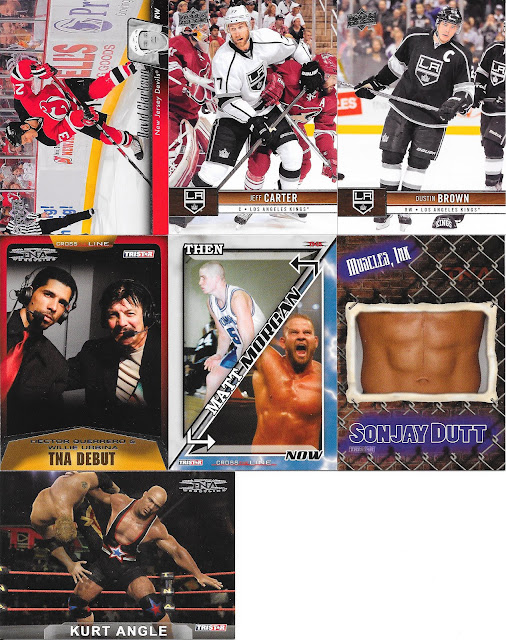 A bunch of decent hockey, mostly from sets I am not chasing to collect, while the wrestling cards are solidly duplicates of cards from a few days ago (hope I don't have that kind of correlation happen again).

I'd still call this pack a solid winner overall given the number of keepers for the collection, and that the dupes are all the sports I collect, so useful there as well.
Posted by CrazieJoe at 8:00 AM