Today's pack from the CNE is exactly why I spent $20 to pick up 24 of these packs - pretty much a little bit of everything.

Last time I bought these, they averaged about 25-30 cards each, but I think some are a bit smaller this year. Again, for less than $1 each, as long as they are interesting, getting something for the collection is almost a bonus.

With that in mind, the first pack had just a single keeper to it.... 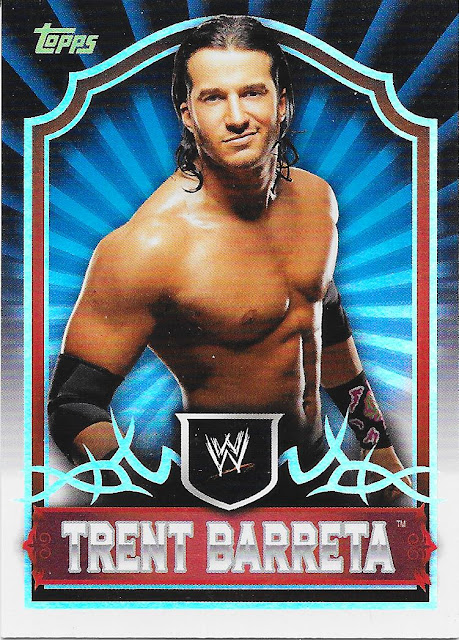 This nice shiny Trent is from 2011 Topps WWE Classic. It's the first card of Trent's for my collection, and the first card I have owned from that set, so double win there. Very pretty card - definitely an insert feel given the design, rather than an action shot type base card.

Trent didn't last too long in WWE before being released (he was on the main shows of SmackDown and NXT for about 2-3 years. He stuck to the wrestling business, and I believe he is still around in non-WWE places.

so what else in this one?

Some UFC. I am no MMA fan, but I do at least recognize the name Jon Jones. 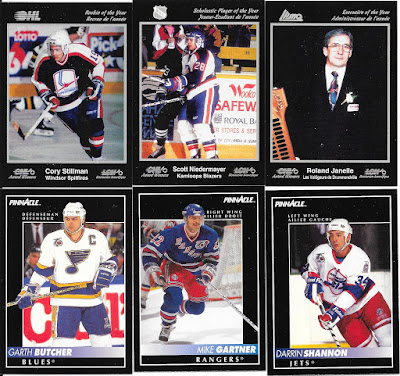 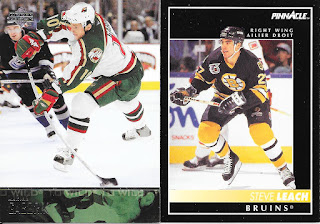 Some Pinnacle (Canadian - two languages on the back of these ones), and some 7th Inning OHL cards, though not from the usual set I see as these are from a 30 card award winner set.

Pretty nice star power in the OHL cards between Stillman and Niedermayer, well before either had their solid NHL careers. 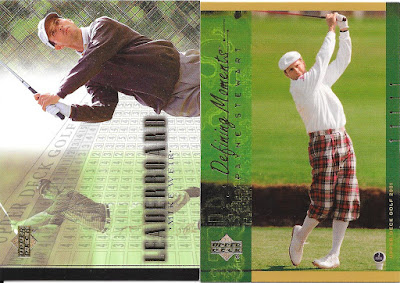 Not only golf, but Canadian golf content with a Mike Wier card nonetheless!

We then end with the others...

Definitely fun going through this one, and plenty more to go - maybe some nice additional wrestling pick ups to come perhaps?
Posted by CrazieJoe at 8:00 AM