It isn't the expectation at all, but like the UFC gold parallels the other day, there can be an insert or parallel in these packs as well. Not a great chance of such items, and I think they are included more out of error (because they look like base cards otherwise), than anything else. 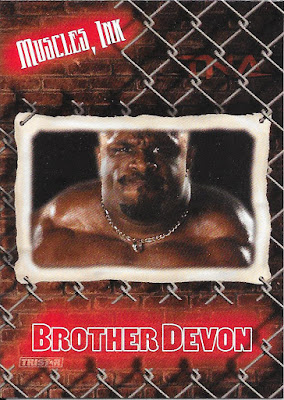 Here is one of the TNA Wrestling inserts which, I actually have a second of from the same insert set. Honestly, I really don't like the design as it is just so little picture considering the room on the card, and the topic matter is a bit ridiculous, but that was TNA a lot of the time anyway - not necessarily a lot to see, and a little ridiculous at times. 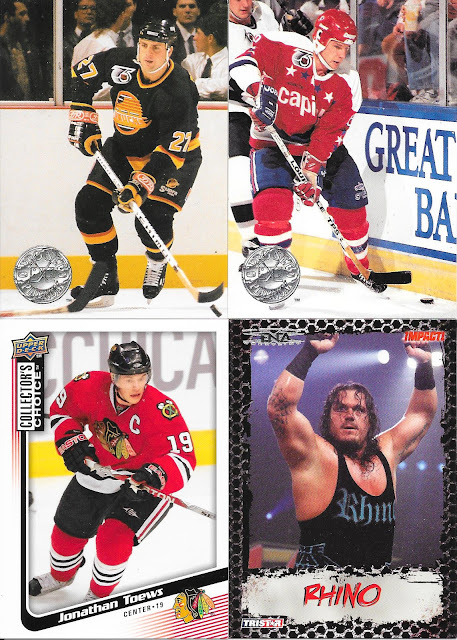 Worked out that there were a few cards to add for some sets including a Rhino card for WWE Rhyno while outside the WWE - the subtlety of a letter. 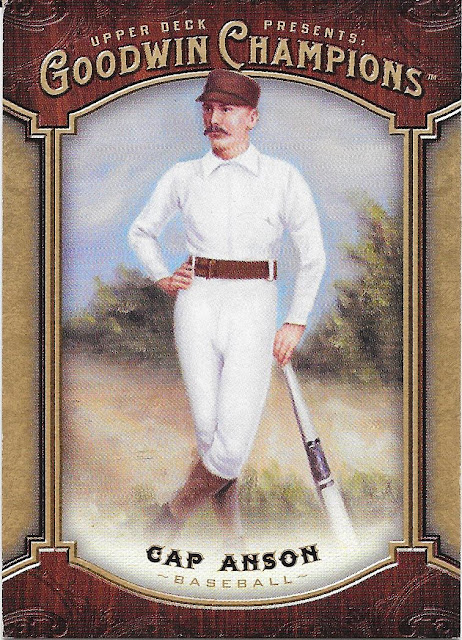 This card is already claimed by someone. A nice card and Goodwin is generally a solid design, here hitting the subject matter. 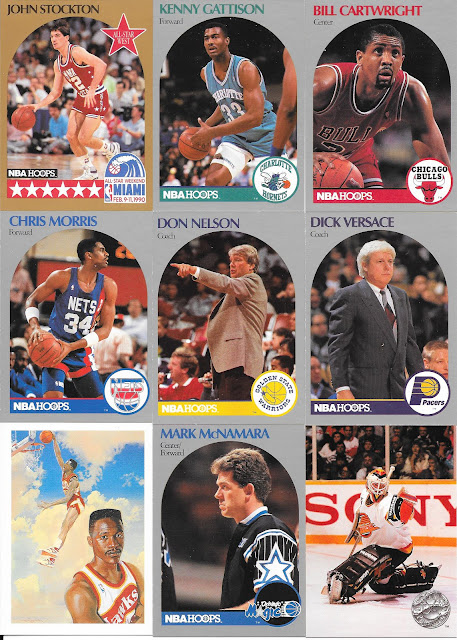 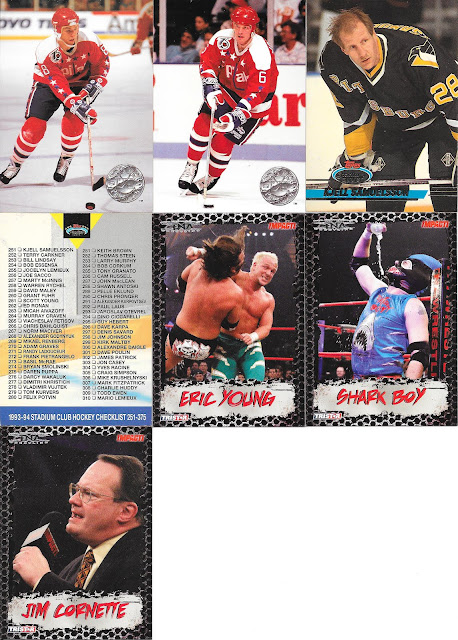 The rest of the traders include a bunch of basketball - the first to come out of these packs so far, but I am sure there will be more. Add to that, a few wrestling card and hockey dupes.

Again, an interesting pack if nothing else - so worth the price of admission.
Posted by CrazieJoe at 8:00 AM