I have always enjoyed McDonald's hockey cards. Then they disappeared and in more recent years, it has been the craze of Tim Horton's hockey cards. The designs have generally been solid and the shiny factor has been great, so, like the McD, Timmies cards are always a good add to me.

Wasn't expecting to necessarily see any in these CNE repacks, but happily had some today, including a couple needed ones. 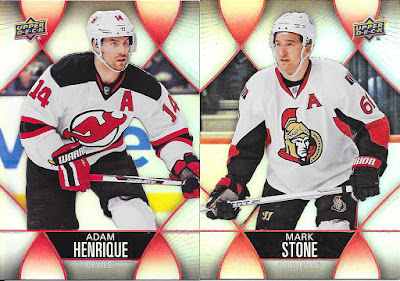 Stone has been having a solid season to say the least, and these 2016-17 adds don't hurt in completing the base set (though still a ways to go).

The other keepers for today... 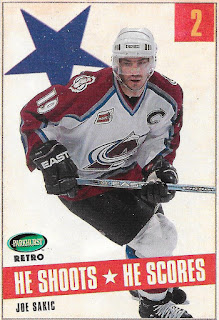 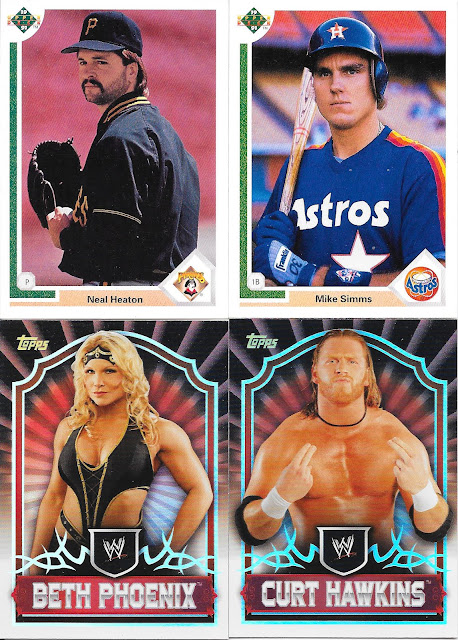 I consider these point cards inserts, and collect them when they have something hockey related (not just generic designs). Heck, I think Sakic is one I have on another set point card, now we have a Parkhurst Retro set one as well.

The WWE Classic design is probably the inspiration for the more recent Wrestlemania roster insert sets in WWE Topps product. 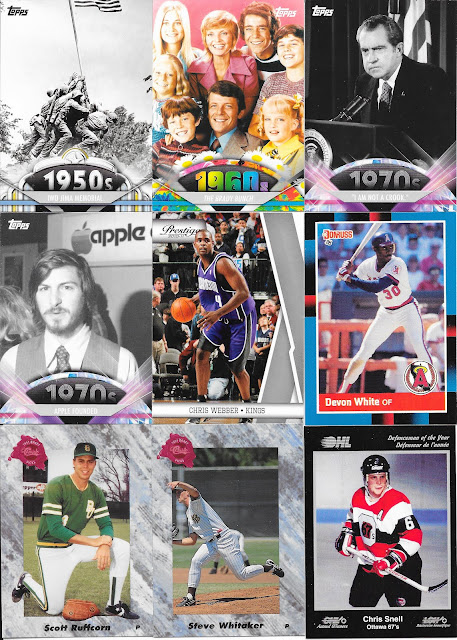 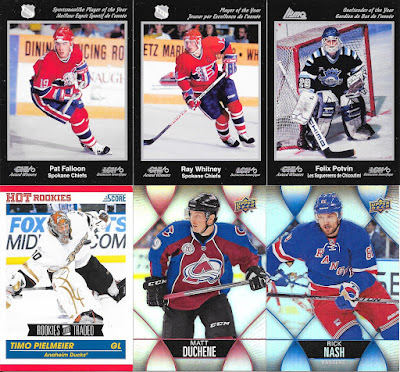 A few more OHL award winner cards and some American Pie as well - both of which, I may end up with a good starter set to trade away to anyone interested.

Yesterday, I also received a pay it forward package from TCDB member, and Cardboard History blogger Billy Kingsley. I can't remember when, but a while ago, Billy had said he was putting some Leafs aside to send me...and at one point let me know it had gone MIA. I wasn't too concerned because it was cards being send without asking, not a trade or anything. If I were to guess, may have been a year ago - but Billy was good on saying when he found them, he would send them.

So what wonderful cards did we get? 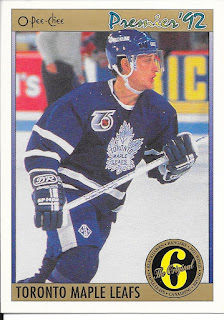 He is the set add from the bunch. I still have a little over a dozen cards needed for the set, but this was the last Leaf I needed - though I still need at least a second copy so I have one for the Leaf collection itself.

A nice range of Leafs. Hendrickson was a Leaf for about 40% his NHL games and split the rest among Minnesota, Vancouver, the Islanders and Colorado. Hyman is a solid winger for the team these days and is a career Leaf so far. 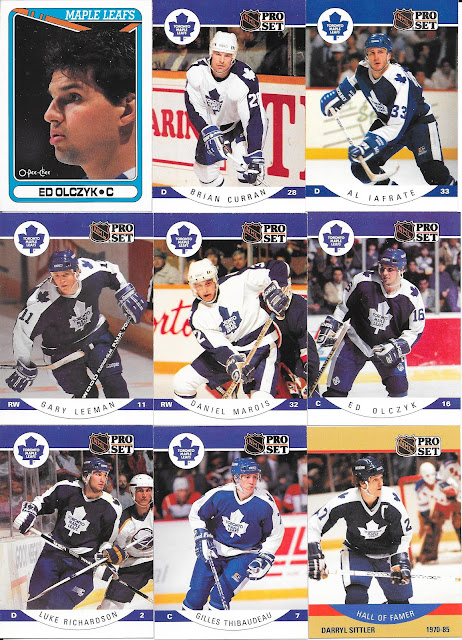 A bunch of Leafs from one of my favourite sets, even if for all the wrong reasons. Pro Set circa 1990-91 will always get bonus points from me for being inclusive enough to have cards highlighting each franchise, the coaches, the awards, the referees, and even the puck. 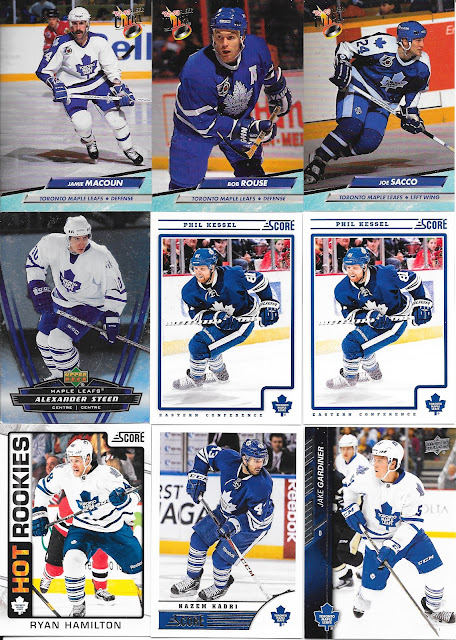 Ryan Hamilton made it into 30 games over a few seasons spent between Toronto and Edmonton - better than many who end up with rookie cards. 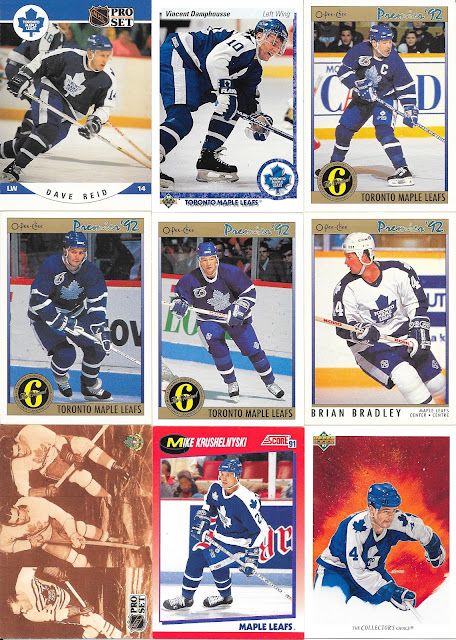 Some more early 90s Leafs including a couple needed dupes for team sets.

A great little package from Billy, definitely going to see me add him to the list of people I am going to be sending packages out to (hopefully) later this month.