Wrestling and a noob in stoob

Another CNE pack which I can highlight the wrestling cards from. Heck, even the hockey keeper looks like Elliott is doing the signature Hulk Hogan cup the ear pose. 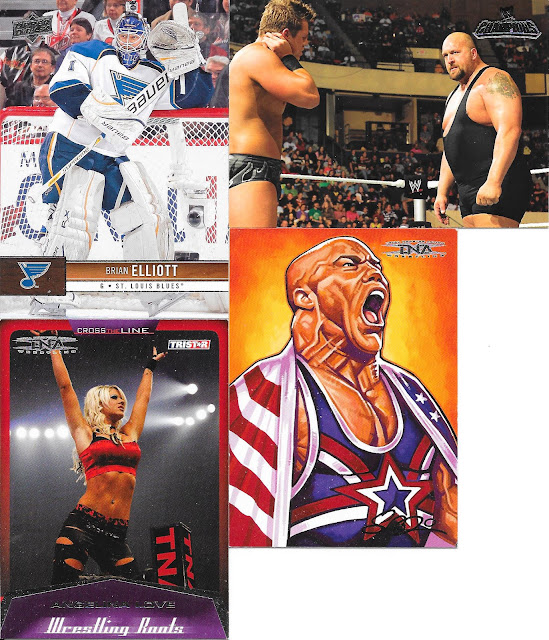 The 2011 WWE Topps Champions set isn't a favourite of mine. As much as the full photo is nice, the fact there is no information on the front hurts here. I would rather have a date, name, moment, something captured on the front rather than trying to figure out what the heck the moment is. Sorry, I love wrestling, but can't recall every middling moment over the course of a year. Now, if it was 100 cards of the greatest moments in wrestling history, you may be able to get away with it on the recognition of the moments, but not here.

We also pick up a couple more Cross The Line TNA set cards including Angelina Love, who had a strong run in the company, and of course Kurt Angle in art form. 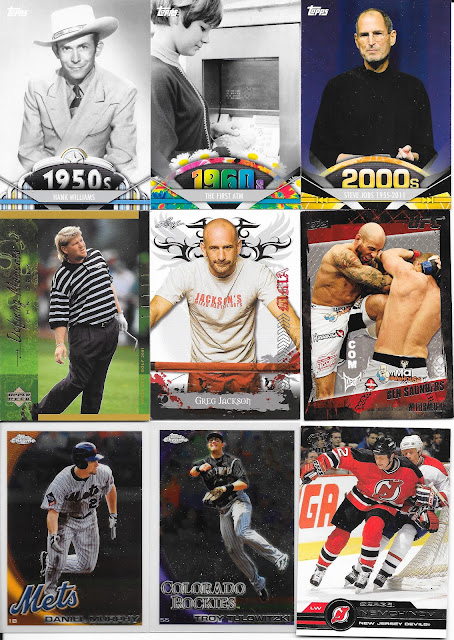 Some more American Pie cards, and the first 2010 Topps Chrome (including pre-Jays Tulo) cards I have seen in hand, and are available in all their curvy glory, if anyone is interested. 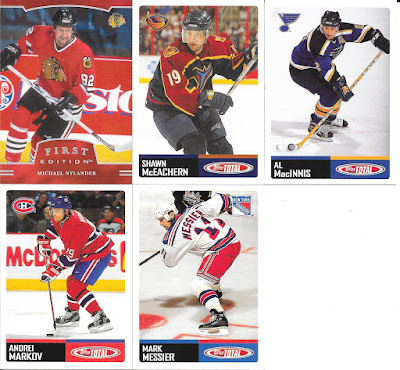 We end with a few more Topps Total out of 2002-03. Not my favourite design - actually reminds me of a video game card design for some reason.

Still a solid pack given the few winners...oh, and only 5 days until Christmas - hope you have all been good...if not....still a little time to get off the naughty list (if you want to). Someone new who is on my good list is TCDB member stoob who is a first time trade partner to me. As per usual, a PWE exchange which saw some new Jays additions to my collection. 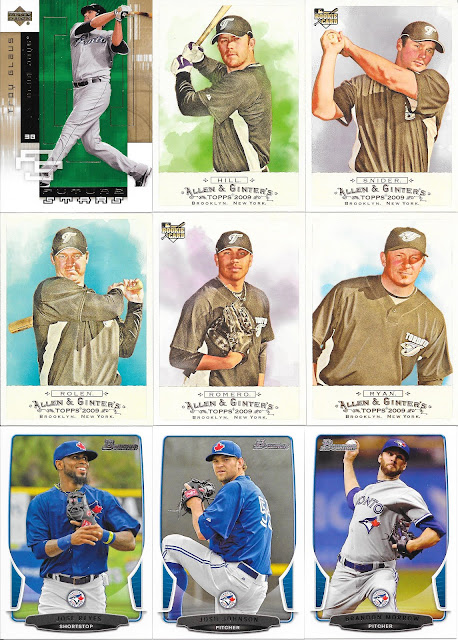 My first card from the 2007 UD Future Stars set in Tony Glaus. Not a favourite design by any means with the tech look, but new is new. 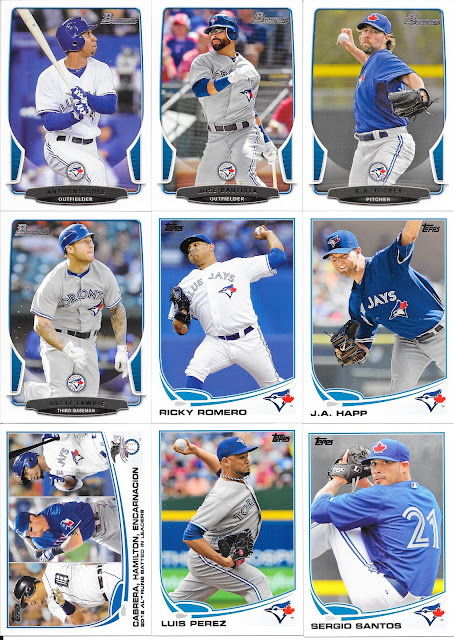 get a great step closer to finishing that team set. With short print variations these days, I don't even consider those as really, part of the team sets. If I have them, great, they get included, but I do consider the base set done without them because I do have a base card for the player (just not 2 or 3 which include the variation short prints).

We also have an example of non-Jays getting the chance to join the binder by way of leader cards so...Cabrera and Hamilton - you're in!

Big thanks to stoob, and I look forward to more trades with you in the future!
Posted by CrazieJoe at 8:00 AM