A bit surprised that it took this long to run into something comic related - not that I am keeping any such cards, but I do expect to see some.

The first card is out of the early 90s 30th Anniversary of Spiderman set. It reminds me of those cruddy Triple Play baseball sets of 2012 and 2013, except more well done of course.

The last two say Malibu Comics Entertainment - but not anything I have heard of before. 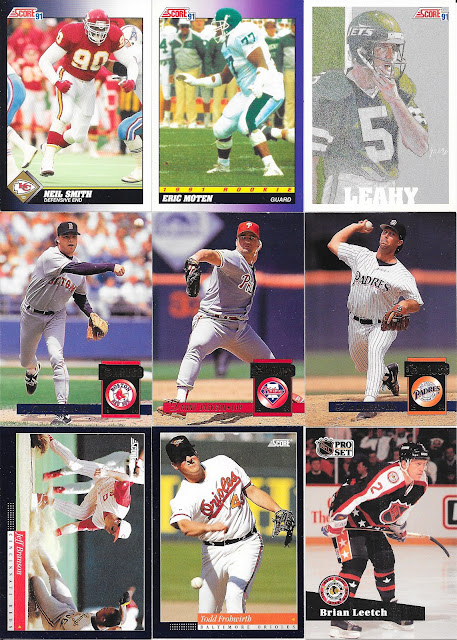 Other cards here that I won't be keeping include the first football cards as well, I think. A fine enough design, and classic for early 90s. 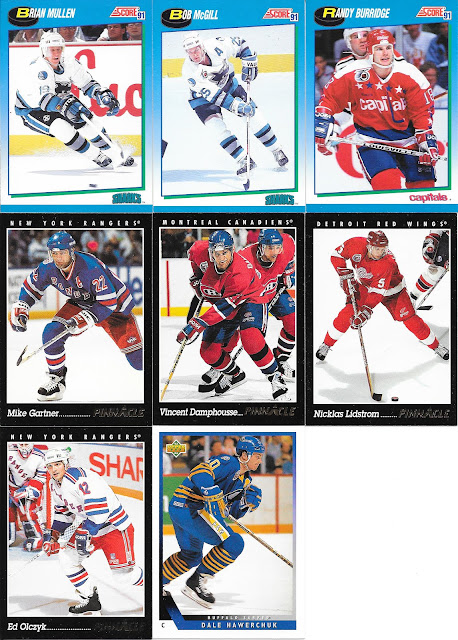 No Leafs or Jays in the baseball and hockey cards unfortunately (I did find some packs which showed those, and picked them up).

Not to fear, there were a few cards for keeps...

Ron Francis - Mr. Whaler as far as I am concerned, but here as a Pen. I should make a list of "guys I would player collect if I did player collections" as he would definitely make the list, similar to Doug Gilmour, and in baseball would think of Ryne Sandberg and Tony Gwynn if I were to just name two.

Who knows, maybe we will see one of those guys in the next day or two...
Posted by CrazieJoe at 8:00 AM