Before the start of a box, the sharing of a habit. I recently posted about some gaps in my early year Blue Jays collection (meaning late 70s when we are talking about pretty much just Topps and O-Pee-Chee) and Robert from $30 A Week Habit reached out with a generous trade to send some of those missing cards my way. 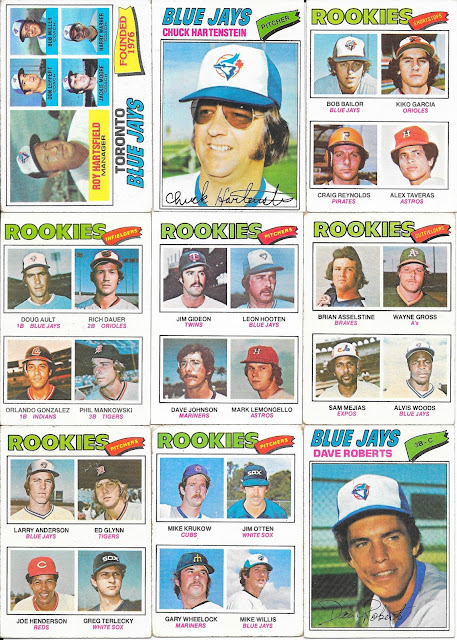 As you can see, the rookie cards were hit here heavily for 1977 Topps. These help tremendously as my goal on these sets is just to collect the Jays cards. The earliest baseball set which I have on my radar for actually working on to complete is 1982. 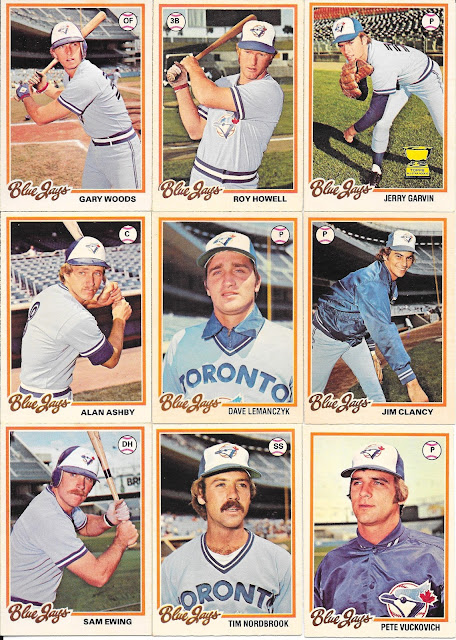 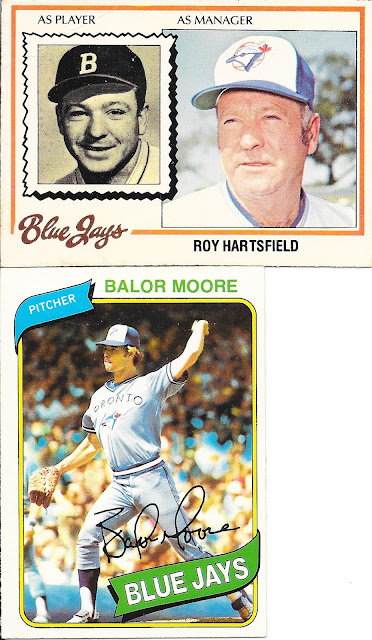 With a tacked on 1980 card, the rest are 1978 O Pee Chee needs, and though I wasn't around to watch these years played out, for what they did early in the times of the Jays, always like adding an Ashby or Clancy card, but liet's be honest...they are all awesome!
Big thank you for the help on these early team sets!
Now on to the regularly scheduled...well, what I figured I'd start today! Today we start a baseball box with 2018 Topps Holiday Box. Having picked this up in the summer of 2019 and Dave and Adam's - yeah, it was on sale so why not?
This isn't a set that I had been collecting before, but since the base set is 200 cards and the 9 packs that I open here should get me about 40% of the set, I am going to add it to the "collecting" list. 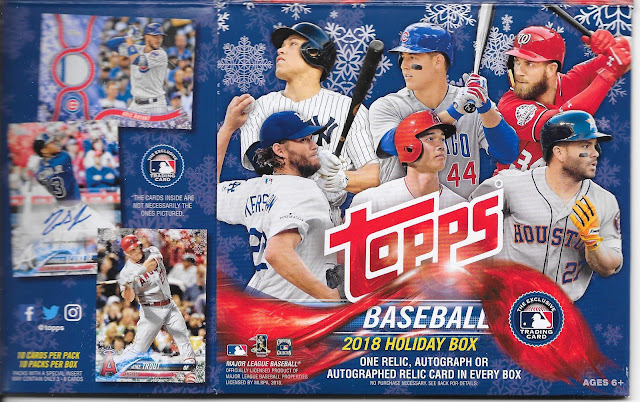 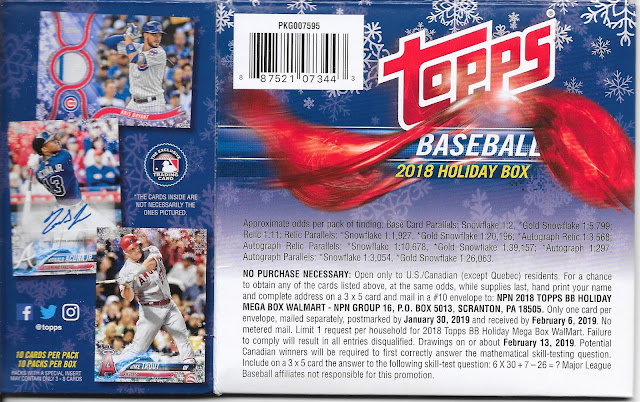 So here is the box, including the odds. I will say, in pulling the packs out, I think I have place the one with the "hit" at the end of the packs - always nice to end on a good note.
A reminder on the scoring...
We then pull one of the packs for the unopened pack collection... 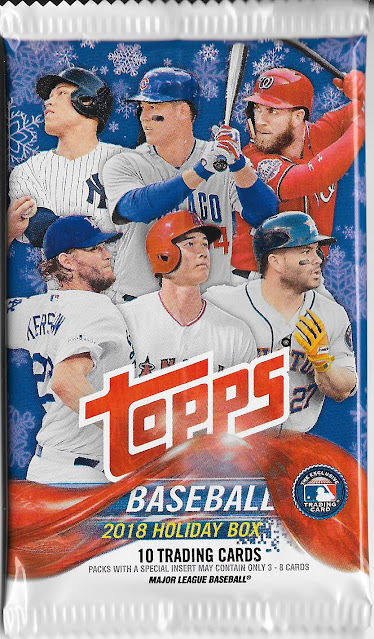 Then let's get right into it with pack number one! 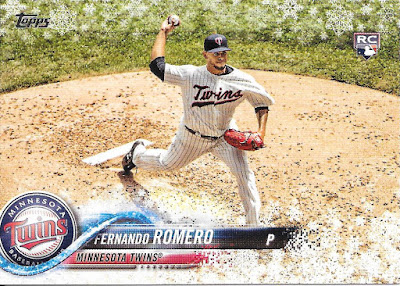 Well, we have the snowflake design which goes with the set. I don't mind it too much, it does add a little northern appeal with the snow...a little more Canadian looking if you will. Most of the designs, it doesn't detract from the photo...at least not in this first pack. 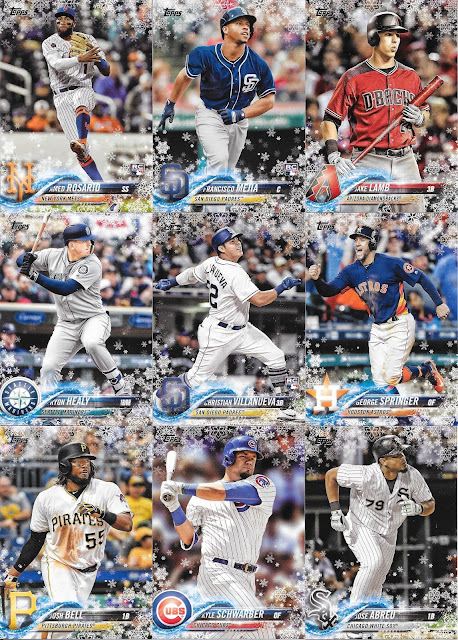 Here are the rest of the cards. I stuck the metallic snowflake one (which appear one every other pack), in the bunch to see if it would scan any differently. DOesn't look like it to me.
It is the middle one if you were trying to tell.
Personally like the Rosario shot the best.
1 Pack, 10 Cards, 30 Points.
Posted by CrazieJoe at 8:00 AM