I recently (read, a few weeks ago), received an unexpected package of cards from Sportscards from the Dollar Store. I didn't want to post about it until I had the chance to get a package sent back his way - it helps me ensure to, in a somewhat timely fashion, return the favour where I can.
I can't really compete with what Doug is kind enough to send my way, but at least I got a bunch of 2/14 cards off to him, and hopefully some will be solid additions to that collection for him.
Stop with the words and show with the cards you say? okay! 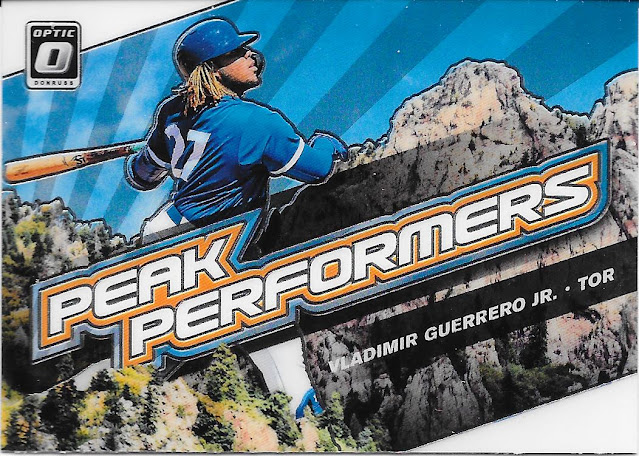 There was a single Jay card in the bunch, but a new one for me. Here is the 2019 Donruss Optics insert peak Performers of Vladdy Jr. It is more of an artistic card, but a nice insert concept nonetheless.
With regards to Leafs, I did get one base team set completed with this card... 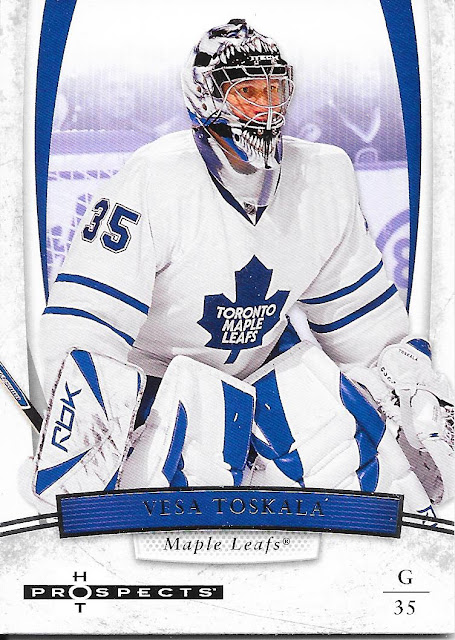 The final of the 4 2007-08 Fleer Hot Prospects pure base cards. A few of the higher numbered base are SN cards, so not going to specifically count those, and happy enough with the 4 I have now.
We then get a bunch more Leafs... 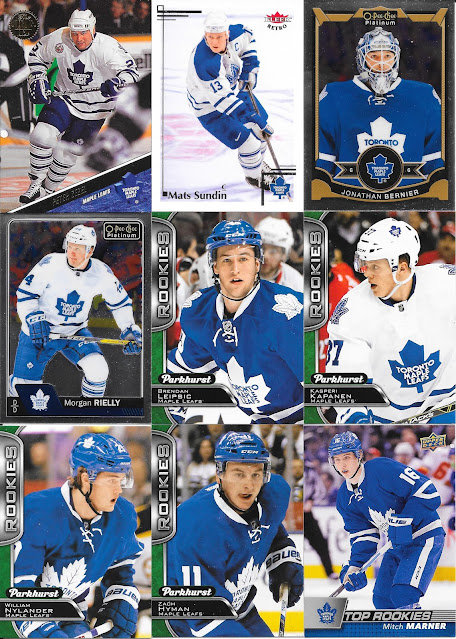 Lots of goodies here as a retro Sundin in any card for is great. Made me take a look and yes, Sundin is my top Leaf as far as my collection goes with almost 250 cards with 199 unique ones. Not nearly as many as people have in a PC for a player, but so much more than it was before I got back into the hobby.
The Parkhurst rookie cards are all amazing as well - heck, even the MJ Holdings Mitch "Top Rookie" card has a nice design to it. 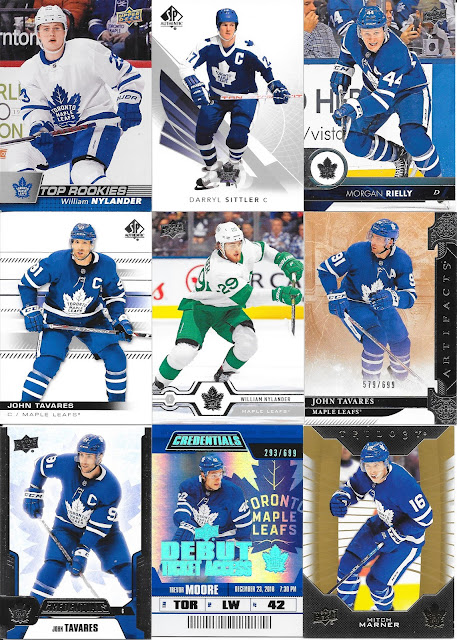 As we get to the most recent releases, my knowledge is really what others have shared on their blogs as I don't pick up much "new" when it comes to cards. I do, as always enjoy a good Artifact, especially a SN one. The Trilogy set is finding its way into close company next to the Artifacts set as being a pretty one year after year.
Credentials isn't my favourite design, but shiny and SN will more than make up for it. Trevor didn't last too long in Toronto with parts of two seasons before off to lA. 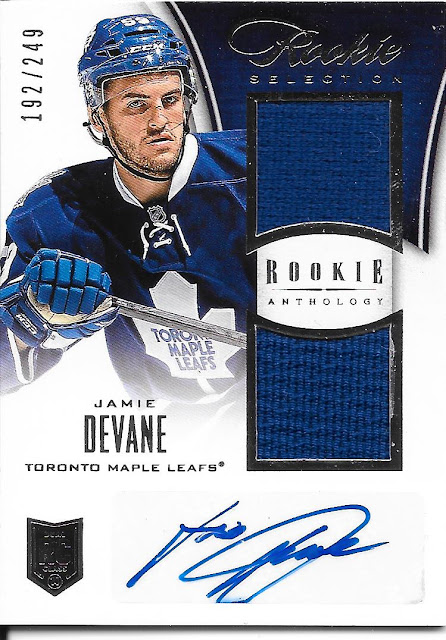 So, this is just about everything in a card - jersey, auto, serial number. Sure, the subject matter of Devane, who had an NHL career that lasted 2 games with no points and a minus one, isn't the best career line out there, but a beautiful card! 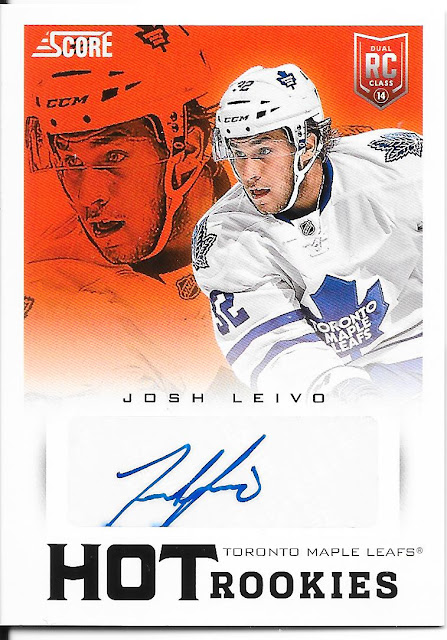 Leivo fared much better with appearances in games in 6 straight seasons for Toronto, the last of those was when he then headed to Vancouver.
As always - a wowwie of a surprise from everyone's favourite dollar store sports card patron!
Posted by CrazieJoe at 8:00 AM